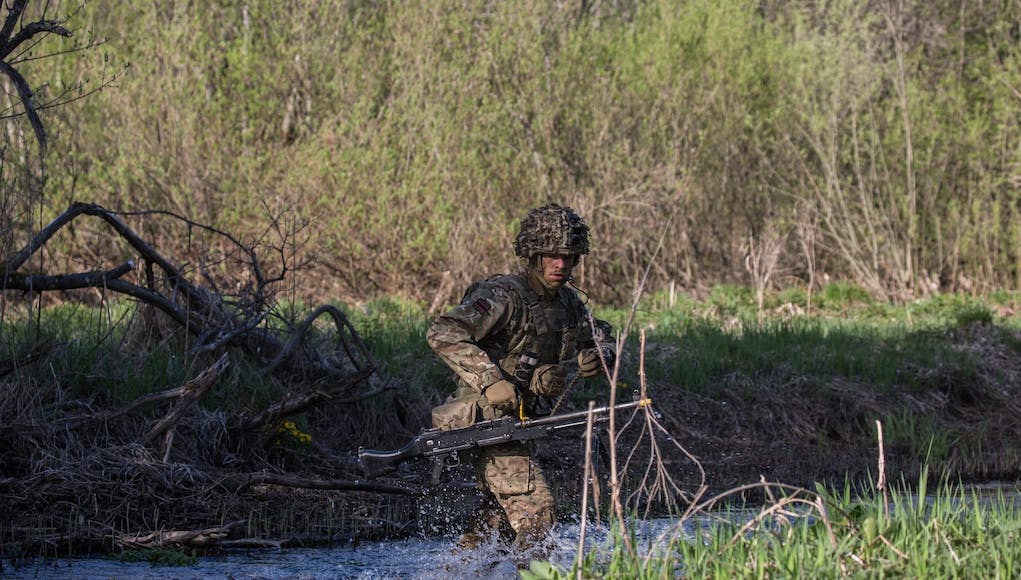 The intervention comes after the decision by the Scottish government to bring in new income tax bands which, it has been claimed, will impact around 8,000 armed forces personnel in Scotland.

The Scottish government said it had offered to look at ways to address the tax differential with the armed forces.

“The SNP’s tax hike unfairly hits 70 per cent of our brave and loyal service personnel based in Scotland, leaving thousands of them out of pocket. This is wrong.

I am working to ensure that those who are affected do not feel they are being punished by serving in Scotland. We are urgently reviewing how we can counter this unjustified raid on the pay packets of our Armed Forces.”

“The Scottish Government’s decision to make Scotland the most highly taxed part of the UK means they would be penalised for being stationed here. It’s absolutely right we take steps to address that.”

“He was clear that any proposals must respect the Scottish government’s income tax policy, and in particular should not disadvantage those earning under £26,000 who will pay less under our income tax proposals than they would under tax rates applicable in the rest of the UK. It is disappointing that no response has yet been received. The new starter rate we are proposing, combined with an increase in the personal allowance, will result in 70% of all income taxpayers paying less tax than they do this year for a given wage, and 55% of Scottish income taxpayers will pay less tax than people earning the same amount and living in the rest of the UK in 2018-19.

“We are fully committed to supporting the armed forces community. Service provision varies in different parts of the UK and Scotland continues to be an attractive place to live, work and do business with access to many services not available elsewhere in the UK such as free school meals, personal care, prescriptions and eye tests, and university tuition when they are ordinarily resident. The definition of who is a Scottish taxpayer is set out in UK legislation and is a matter for HMRC.”

However The Ferret, an independent non-profit media cooperative in Scotland set up to investigate stories in the public interest which launched in May 2015, say:

“The Institute of Chartered Accountants (ICAS) also crunched the numbers on the new tax bands, They found that at £24,000, Scots would be £20 better off that their English counterparts, and would face the same bill at £26,000.

According to ICAS, Scots are taxed more than their counterparts south of the border at around £30,000, although at this wage workers would still be taxed less than they were in 2017/18.

The new tax bands will mean that workers earning over that amount will pay more, including those in the military, than their counterparts in England.

Douglas Ross is correct to argue that some military personnel will face higher income tax than those in England, but the threshold at which this occurs is significantly higher than he claimed in his Westminster speech.

Douglas Ross is not correct in his claim that military in Scotland earning over £24,000 will pay higher tax bills. While they will be included in the higher tax band, research indicates they will pay lower overall tax than those in England until they earn around £26,000. Workers earning up to £33,000 will face lower bills than the current tax year. Those earning over around £28,000 will be liable for more than their English counterparts.”

Does one have to question whether the ‘tax component’ within devolution was a wise move? Our armed forces protect all of us, and should never be caught up or disadvantaged by regional fiscal policies.

I assume you didn’t actually read the article then?

Good fair article, and in addition I think those outside base, e.g. in Helensburgh, will pay less equivalent in council tax. But for postings which aren’t always voluntary, you’d think there’d be some protection for the forces, and though the two governments rattle spears at each other, you’d hope they can sort this out (which would mean postings to Scotland would then be profitable, rather than a little worrying at the moment not knowing what to make of it all, nobody wants to take home less money for working away from home. Keith Brown by the way served as a… Read more »

Thats not the impression I get in and around Glasgow, especially from the younger generations.

Please supply date and media reports with photos of any pitched battles, plus police arrests in the last 5 years or more. Any false claims on social media don’t do the job.

Once again Gavin Williamson seems to have his finger on the pulse. Good for him. Hopefully great thing to come.

i dont understand this. I assumes that all Military were taxed under UK government IR rules not where they are based. Obviuosly not so

Deduct the tax collected from the extra Scotland gets from the Barnet Formula and reimused those who have been taxed.

Lower Council Tax in Scotland, free eye-tests & prescriptions, cheaper houses, a better health service plus no Tuition Fees for kids at University. Services personnel get a much better deal north of the border!