Defence Secretary Michael Fallon has attracted criticism from all sides of Parliament for the claim.

Fallon urged MPs to stop criticising Saudi Arabia in the interests of securing the sale of Hawk and Typhoon jets, provoking sharp criticism from all sides.

It should be noted that UK sales of military equipment to Saudi Arabia topped £1.1bn in just six months, according to Government figures. Statistics released by the Department for International Trade showed the UK sold £836m of arms and military hardware to Saudi Arabia between April and June this year.

“If Opposition Members were really concerned about jobs at BAE Systems, they would get behind our export campaigns for Typhoon and Hawk aircraft, rather than undermining them by criticising potential customers.

When I saw the chairman of BAE Systems last week, I reassured him that we wanted to continue to work with the company.

I have emphasised the importance of keeping production lines open, should new orders for Typhoons and Hawks materialise, and of staying on track in developing RAF Marham for the arrival of the F-35.”

Fallon added later in the day:

“I have to repeat sadly that obviously other criticism of Saudi Arabia in this Parliament is not helpful and I’ll leave it there.

We need to do everything possible to encourage Saudi Arabia towards batch two and I believe they will commit toward batch two and we continue to work away on the timing.

Well we’ve been working extremely hard on the batch two deal and I travelled to Saudi Arabia back in September and discussed progress on the deal with my opposite number the crown prince of Saudi Arabia and we continue to press for signature of at least a statement of intent.” 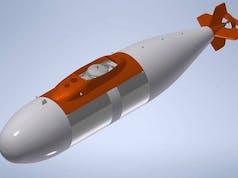 Blair’s “ethical foreign policy” was clearly dog poo, so lets just crack on with the business of doing business with our long term allies and our allies of tomorrow.

And exactly who would this mysterious “long term ally” be that’s going to buy 48 top level high end Typhoons and a bunch of Hawks out of the blue along with hundreds of UK munitions?

The jobs in the UK for this industry matter a lot more than some university student level histrionics.

Morality does not enter into it. Weapons will be sold whether you preach or don’t preach. All that changes is the accent of the armaments maker. For example every time the PC crow open their mouth workers in the US, France and Russia lick their chops at the overtime their going to make. It is not moral to deprive your votaries of work and honest pay. Are the Yemenis going to be any less dead if killed by American or French products?

Possibly because British weapons are the best in the world!

You’re totally right Baz, right behind you on this one.

With the attitude of, if we don’t do it someone else will, you can justify nearly anything. The UK, NATO, the west, the free world, they’re meant to represent something worth defending. I’m sorry but if the UK puts arms sales to oppressive regimes ahead of human rights then we’re on a slippery slope to not having anything worth defending at all.

Someones right to a job shouldn’t be put above someones right to not be bombed to death. If you loose your job its terrible, I get that but you’re still alive, you have a chance at least to get another job. If you’re dead because someone dropped a British made bomb from a British made plane sold by the U.K government on you, YOU’RE DEAD. You have no more chances at anything, ever. Those are the human rights we’re talking about, the right just to be alive, to still be breathing. Sure someone else might sell them a weapon but… Read more »

Your logic is as weirdly circular as it is hilariously illogical in and of itself. Your only justification for wanting British workers to lose British jobs and British industries is “well maybe someone else might have a less accurate weapon which somehow means less people die”? Have you any idea of just how flimsy that arguement is? That is paper weak in a hurricane. Less accuracy means MORE deaths than the intended target. British industry matters first. Because British industry being strong and capable of producing high end material means our own defences are strong, and the UK’s defences matter… Read more »

That’s not my argument at all. My justification is that it’s immoral to sell weapons to countries if we know they’re using them to breach human rights. That’s it. A less accurate weapon may kill less people OR it may kill more, that would depend on where it was deployed, among other factors. I only said it maybe would miss. But lets strike that part out, it doesn’t really matter because either way we have a moral obligation to consider how a customer will use the weapons we sell them. And nor do I want anyone to loose their job,… Read more »

I’m with you Richard. The Nazi concentration camps provided lots of jobs but morally were repugnant. Life is all about where we draw our moral lines & what the consequences of our actions are. Business at any cost is fascism. It’s the Saudis who should be reconsidering their actions, not those who cry foul of their brutality. Our politicians should be very careful not to put British made weapons into the wrong hands & they should use their influence to stop misuse. I suspect Fallon is more concerned with shareholders of defense companies than workers anyway.

Working in a munitions factory or shipyard is NOT the same as the camps in WWII. The Houthis are also emphatically NOT poor and innocent civilians. To suggest the latter is ignorant. To suggest the former utter retardation positively dripping with autism.
People should not have to put off their dreams of retirement and possibly lose their house because of “muh feels”. Grow up and recognize that workers in your countries duties are to their own NOT your moronic principles. Which by the way are advocating meddling in affairs that are not your concern so are inherently immoral.

Beg to disagree. The same logic you’re using would justify the Blitz as it employed lots of German workers who were only making a living & future for themselves(!) & shouldn’t be subject to anothers’ “morality”. Most people see wealth created off the back of murder, brutality & oppression as inherently immoral. Just hope what you condone others doing doesn’t happen to you or those you love one day.

Because of the march of those who object to the sale of these weapons to the KSA, “the west” is rapidly becoming a place not representing anything good or noble.

A more constructive approach would be to praise Saudi Arabia when they make progress in a good direction.
https://www.washingtonpost.com/news/worldviews/wp/2017/10/25/saudi-arabia-vows-to-return-to-moderate-islam-but-critics-wonder-what-it-will-look-like/?utm_term=.5187c9e198cd

KSA is not hell on earth as the political left like to describe it.

Of course they plenty of income from oil to pay for it in the short to medium term.

I have lived in KSA it wasn’t that bad and of course no income tax to pay.

The Left don’t attack the KSA out of morality.

Remember, Jezza Corbyn was quite literally on the Ayatollah’s payroll when he worked at PressTV.

If there was no Iranian presence in Yemen, the bought-and-paid-for left wouldn’t care.

Tenor and Baz spot on agree with every sylible. The left pc brigade would have us living in a cave to uphold their so called morals.

They’re not just my morals, this country voted for the Universal Declaration of Human Rights at the United Nations in 1948. If we no longer believe in them, then we should have the courage to say so in front of the U.N.

UDHR was ridiculous virtue signaling and worth less than the paper it was printed on. Hell EU countries and the UK use even use it to bark at the USA for having the death penalty and incendiary weapons and cluster munitions. All that thing is good for is toilet paper.

In addition Fu**the UN with a cactus. The UN it is less than useless. It is more a threat to National Security than the aid it was meant to be.

Then the democratically elected Government of the day shouldn’t have instructed our permanent representative to vote for it. I guess democracy only counts when it’s a vote for Brexit these days.

The UN just tried and took more than a week to reverse itself on naming Mugabe a goodwill ambassador. If you think a organization that ever thought that was good Mr.Mugabe you have a very warped idea of democracy.

That should be “idea to name Mr.Mugabe.”

But Fallon and his department when they criticize Bae shipbuilding by publishing a National Shipbuilding Strategy that contains the recommendation that says the next warships shouldn’t be built by Bae, is just fine and dandy.

That doesn’t undermine Bae, oh no.

What would be good to see is if the government pay for three or four squadrons of basic typhoons, out of the treasury funds so as to keep the production line going. Then give them to the RAf who out of their own pocket pay to upgrade them as an interim for tornado. Oh dreams. Or maybe if we just stopped selling of our old kit, foreign nations would have to buy new.

Without voicing an opinion on the ethical nature of such a thing, I’d say that the whole purpose of the opposition voicing concerns about the Saudi deal IS to undermine the sales efforts.

But have no fear, SM-Eth is here (Shoot Missile Ethicsicity), which is an integrated point and shoot ethicality tester which requires the pilot to correctly answer 3 ethical questions before the fire button moves to armed.

I see the situation like this Russia and Iran arm the Yemenis fighters, we can arm the Saudis.
The middle east is a murky complicated area whose politics and ancient tribal or religious motives run deep and should not concern us. Sell the jets and munitions and keep uk taxpayers in work and our defence industry ticking over.

lets not forget that without the Saudis, the UK fast air industry would probably have collapsed years ago. Tornado, Hawk and Typhoon are heavily subsidized by Saudi orders and support and without them the RAF would have probably been forced to go all-American years ago. Not only is this worth 10s of 1000s of direct jobs but probably 10s of 1000s more when you consider the weapon systems (MBDA), Avionics etc which are mainly UK/European. Also scores more jobs in more general support and associated medical applications and science (how many tech progressions have come from aircraft design and build.)… Read more »