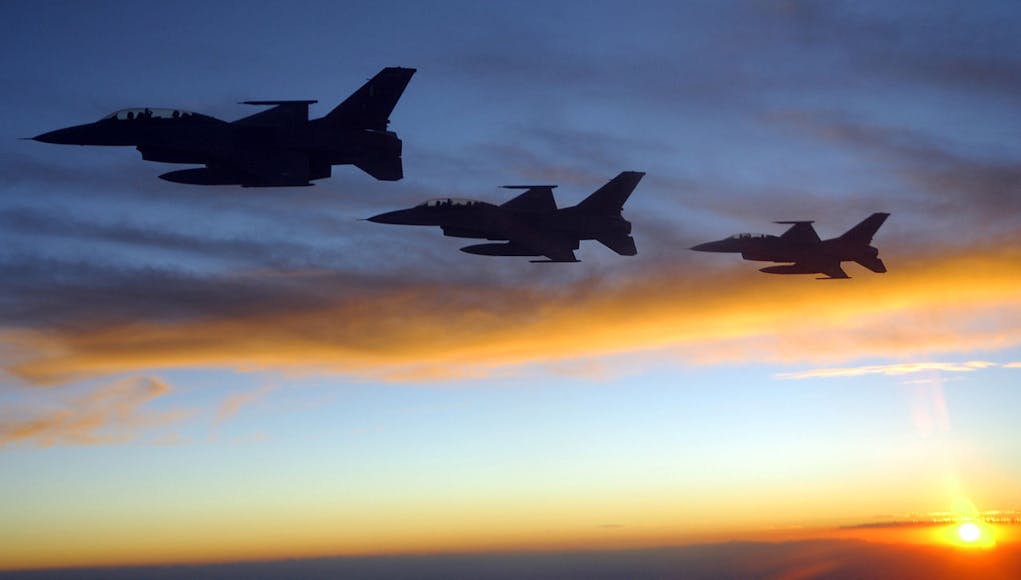 Indian officials insist that they downed a Pakistani F-16 on the 27th of February, but a count of the aircraft contradicts this claim.

India has provided no hard evidence to back the claim. It is understood that American defence officials with direct knowledge of the matter said US personnel had done a count of Pakistan’s F-16s and found none missing.

A report from Foreign Policy, citing top military officials, has confirmed that all of Pakistan’s F-16s are accounted for. The report states:

“The findings directly contradict the account of Indian Air Force officials, who said that Wing Commander Abhinandan Varthaman managed to shoot down a Pakistani F-16 before his own plane was downed by a Pakistani missile.

It is possible that in the heat of combat, Varthaman, flying a vintage MiG-21 Bison, got a lock on the Pakistani F-16, fired, and genuinely believed he scored a hit. But the count, conducted by U.S. authorities on the ground in Pakistan, sheds doubt on New Delhi’s version of events, suggesting that Indian authorities may have misled the international community about what happened that day.”

India and Pakistan had earlier engaged in aerial conflict over the disputed region of Kashmir after Indian jets crossed over into Pakistan to attack a suspected camp of militants.

Given America’s pivot towards India, it is noteworthy that the United States felt the need to counter this claim.

Not like the Indians to talk defence related shite, is it?

So I wasn’t the only one who noticed then?!

I can completely understand the US revoking the IAF claim – sales. The US has just managed to sell Chinooks to India, which is a major inroad to their chaotic defence market. The Indian Mig 21 Bison would have been armed with R-73 Archer short range Air to Air Missiles and the medium range active radar guided R-77 Adder BVR Air to Air missiles. The US would have said, look you used the Russian weapons and they missed, what you want to buy is….

Indians talk so much shite it comes out there ears…. I’m sick of them online saying indias the best now at everything!!… I point out that all the best nations like the UK actually give India foreign Aid to help the hundreds of millions illiterate homeless starving children and adults…. oh and India even today blames Britain for everything wrong with India even though we were actually vastly beneficial to India and India would be far worse of today without British rule, systems, structure, democracy and the rest..l

Usual bullshit coming from English, nobody in India believes that try explaining them this once, and you’ll see why you’re so fucking wrong. Your ancestors just killed millions upon millions of upto Churchill who ended the genocide game by killed 3 million in 1943.

Can somebody please explain to me why the Uk still sends Aid to these two countries.

Probably a bit of colonial guilt in there.

Yes, India spends money on defence and space, but the UK Aid money given to India isn’t huge – about £100m a year- and isn’t given directly to the government. It is spent on the people and projects where the need is greatest. The UK is doing a good thing with this … we should applaud it.

Don’t trust what the Indians say. They are known to make grandiose claims with little to no evidence or facts. They are just ashamed and embarrassed that the Pakis managed to shoot down a couple Indian planes with NO losses.

The thing is Dan, The Indians went up against F16’s in warmed over Mig21 Bisons. Now, the Bison might well be heavily upgraded, but it takes a very brave man indeed to up against an F16 in a creaking old Mig 21, it’s a suicide mission! Regarding the Indians in general, I would agree, very nice people, they do have issues related to their very unfair caste system and vast numbers of homeless people however. They do tend ( generalising here) to hate the Pakistani community …. A feeling that’s returned on the other side. Unfortunately, the extreme bad feelings… Read more »

“The Indians” lol, I love all the generalising of Indians here.

Chaps, there are 1.4 Billion Indians currently, I’ve only met a small proportion of them granted but all of them have been lovely and so Friendly. Especially those in Goa.

And as for the “Paki’s(tani’s)” mentioned above, They are pretty good too. Of coarse there are bad ones too but Isn’t that like any other Country ?

No need to express Views like that here. Try FB, you’ll get a far wider audience.

I agre…worked with so many of them over the years. Love them dearly…a good bunch of people!

My wife loves the country, and the people.

Interestingly, the Bangladeshi, who run most of the “Indian” restaurants, have a poor impression of them.

Yes the Pakistani military have some good units and soldiers, especially the ones who were training the Taliban Mortar teams in Helmand in 2006. Even better when they actually took part in cross border Taliban raids, but sadly one of them got caught, er, and then got released rather sharpish when we identified him. Tut tut very naughty, best keep it hush hush lol.

Now go ahead and put up the Radar footprints as well that Indian Air Force released to refute these false claims. The US has to sell its crafts. and you have to show India in condescending view every time.

Arguably, the Pakistan Air Force is the best in the Islamic world – certainly as far as pilot quality is concerned. (Although the Saudis certainly have the best kit, thanks to BAe).
Its pilots have performed very creditably in the past against the Indians, Afghans, Soviets – and even up against the Israelis on exchange tours with Arab air-forces.
I remember reading in Aeroplane Monthly how they gave an RAF Hunter squadron a hard-time in a DACT exercise with their MIG-19s!
I certainly wasn’t surprised to read that the Indians came off worst against such an elite bunch of pilots.