On 24 March 2016, the annual Selected Acquisition Reports (SAR) for 2015 was released. This report provides status on programme cost, schedule, and performance as of December 2015.

Jeff Babione, Lockheed Martin’s programme manager for the F-35, told reporters that the cost of the F-35A will drop to about $85 million by 2019. This is understood to be thanks to efficiencies and cost-cutting manufacturing technologies. The B and C variants are also steadily reducing in cost.

By contrast, the US Navy’s F/A-18 Super Hornet aircraft cost about $60 million apiece.

Looking back at last years SAR, the average cost-per-unit for the aircraft for low-rate initial production lots six, seven and eight had also fallen as shown below, the figures also include engines and adjust for inflation and show the continued drop in price.

Probably get a better warranty!!

No income tax or VAT either

Not till i hear you say the words Ryan

oh then it wont stop lol

One hopes we may even buy some more…

Perhaps those commenters at this site who complain about the UK not ordering F35s earlier, will now see the benefit of waiting till we are ready for them?

The issue is we are waiting to the absolute last minute and even then we are only buying a handful. Anything goes wrong with the order, the integration with uk weapons etc, and we have a carrier without jets and look like a laughing stock again on the world scene. Ok we save a little by waiting, but it would have been more sensible to have the minimum we required to have an effective carrier strike group, a year or so before the carriers. It’s not like the time would be wasted, there is plenty of training that can be… Read more »

The RAF already have 4 on hand and have done for years, they are based in the US to ensure that A) We aid in its development. B) Train our pilots ready and C) To ensure our weapons are fully integrated into the F35B before they become carrier operational. By waiting we are ensuring the best possible deal and who knows, this could lead to a further procurement in other areas of our armed forces where we lack advantages over our rivals. Remember also, that our as part of out 2% Defence budget ring fencing deal, we also make savings… Read more »

Whilst you might be right, I can’t help thinking it has more to do with politicians wanting to keep orders for when they need votes / opinion.

I can’t for example understand why the order for the P8’s hasn’t been placed, now that we have announced who we are going to buy from and the numbers, I can’t see that we are expecting our negotiation position to suddenly improve.

Well the P-8 issue is not one im entirely familiar on, although i believe the RAF are looking to lease a couple ASAP to fill the requirement gap, possibly within the next few years. But this could be a ‘lease to buy’ deal similar to the C17A initial procurement. Again, im not sure anybody other than a select few in the entire country know the ins and outs of the procurement of the P-8’s at the minute. In my opinion the defence of this country doesn’t hold as much sway with the public it once did in winning votes. I… Read more »

I think your right that the majority of the public don’t care, but the government is in a difficult position with the SNP and they seem to care deeply about defence assets / expenditure being in Scotland, which the p-8’s will no doubt be based.

As you say Adam – oh that Hamilton had stayed with CATOBAR config! 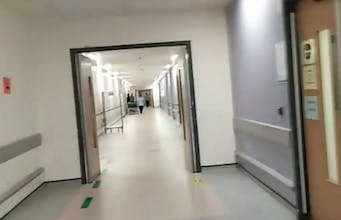