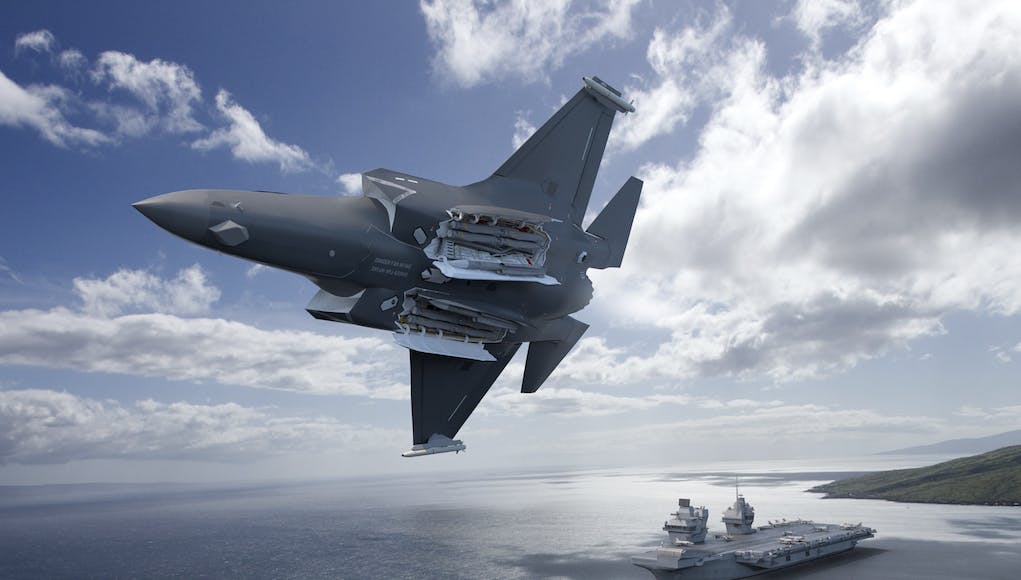 The US Government Accountability Office has identified issues regarding F-35 spare parts shortages and difficulty in managing and moving parts around the world.

The report also advised that the US Department of Defense (DOD) had a repair backlog of about 4,300 F-35 parts. The DOD is taking steps to fix these issues, such as improving the reliability of parts. However, the GAO claims it has not fully determined actions needed to close the gap between warfighter requirements and the performance the F-35 supply chain can deliver.

“Mismatched parts for deploying aircraft. DOD purchases certain sets of F-35 parts years ahead of time to support aircraft on deployments, including on ships. But the parts do not fully match the military services’ needs because F-35 aircraft have been modified over time. For example, 44 percent of purchased parts were incompatible with aircraft the Marine Corps took on a recent deployment. Without a process to modify the sets of parts for deployments, DOD may be unable to meet the services’ operational needs.”

“An immature global network to move F-35 parts. DOD’s networks for moving F-35 parts around the world are immature, and overseas F-35 customers have experienced long wait times for parts needed to repair aircraft. Without a detailed plan for the network, DOD may not be ready to support an expanding fleet.”

The GAO report made eight recommendations, including that DOD determine actions to close the gap between service requirements and F-35 supply chain performance; and address challenges with deployments, global parts movement, and spare parts accountability. Stating:

“In addressing these challenges, DOD must grapple with affordability. The Air Force and Marine Corps recently identified the need to reduce their sustainment costs per aircraft per year by 43 and 24 percent, respectively. DOD has spent billions of dollars on F-35 spare parts but does not have records for all the parts it has purchased, where they are, or how much they cost.

For example, DOD is not maintaining a database with information on F-35 parts the U.S. owns, and it lacks the necessary data to be able to do so. Without a policy that clearly defines how it will keep track of purchased F-35 parts, DOD will continue to operate with a limited understanding of the F-35 spare parts it owns and how they are being managed. If left unaddressed, these accountability issues will impede DOD’s ability to obtain sufficient readiness within affordability constraints.”

The US DOD reportedly concurred with all of GAO’s recommendations.

So one of the things they need is a stock system? Wow

Fucking tragic, isn’t it? Most expensive defence programme ever, involving most of the West’s main military powers, and no one thought that there should be a record of what spare parts have been bought and where they are.

Could not write this as fiction!

Is it the inability to determine what parts are failing, or is this more of parts failing in an unexpected frequency or numbers, suggesting there is a problem with durability? Buying parts that are not seeing specs. in US$ is probably very expensive.

It also sounding like the NIMROD shambles all over again, with different aircraft needing the same spare part but of a varying designs as the components design changed as the F35 evolved. ““Mismatched parts for deploying aircraft. DOD purchases certain sets of F-35 parts years ahead of time to support aircraft on deployments, including on ships. But the parts do not fully match the military services’ needs because F-35 aircraft have been modified over time. For example, 44 percent of purchased parts were incompatible with aircraft the Marine Corps took on a recent deployment. Without a process to modify the… Read more »

Glass Half Full
Reply to  Steven

In a word variants of parts is down to “concurrency”. Its why I have been less anxious about the UK’s F35B buy rate, preferring to wait to get the bulk of aircraft on at least Block 4, so we don’t have too many variants in service and what we do have will support the UK’s desired weapons. The support, spare parts and maintenance system also seems to need serious work based on numerous reports, both formal and informal.

Join Very apt title you have there sir! 🙂

They have one – its called ALIS, but its so convoluted that they feel that ‘Alice doesn’t work here anymore’.
They will turn instead to apps in a secure cloud it seems … What a debacle.

“DOD has spent billions of dollars on F-35 spare parts but does not have records for all the parts it has purchased, where they are, or how much they cost.” This so typical of the public sector, yet they seem incapable of getting their house in order…. *START FIRING THE INCOMPETENT*

The UK needs to strongly question the tender if this is a major issue already. A shocking state of affairs for the so called “most powerful nation on Earth”.

just to make a wee point normally it’s folk banging on about how inept the MOD is when in reality as this report shows it’s actually the rest of the planet as well. Every nation and every military has incompetence and deficiencies somewhere in the running of or procurement processes. Its quite laughable but as government bean counters would say when it ain’t your money that’s being spent who gives a ?

Slightly off thread, but still stealth, the defensenews website has 5 short videos on the B-2 bomber. A glimpse into this black world, probably because of the political battle needed for the modernisation of US nuclear forces.

Will be interesting to see what the B21 looks like. Reports are of a B2 like flying wing with different trailing edges.

Seems like they just need to buy an off-the-shelf ERP/SCM system.

Turkey buying Russia’s S-400’s is going to screw up not just the manufacture but also planned operation of the F-35. The UK is the only Tier 1 partner contributing at least $2.5bn. Italy a Tier 2 partner has paid in $1bn. While Turkey a Tier 3 has paid in $195bn. In the operational phase, the UK got the Avionics maintenance at Sealand. Italy, a Tier 2 partner, after threatening withdrawal got the only complete assembly plant outside the US. It also obtained the major European airframe maintenance, repair, overhaul and upgrade (MRO&U) facility for Europe. All major work “Heavy MRO&U”… Read more »

Good. With the UKs expertise in engines the UK is the only logical choice.

The Uk should have been more demanding when these non USA based facilities were being planned. I understand that partners should share in having these facilities but the UK’s tier 1 argument and investment money is valid point in that they should receive more than just the Avionics facility, especially after the F136 engine being produced with RR (40%) was dumped and the alternate next generation helmet system was dropped, the UK lost out on significant earnings from those investments. Miss Mandelli also comments below about the UK being the logical and practical location for non USA based F35 facilities.… Read more »

Syria: Half of German Tornado fleet ‘not airworthy’