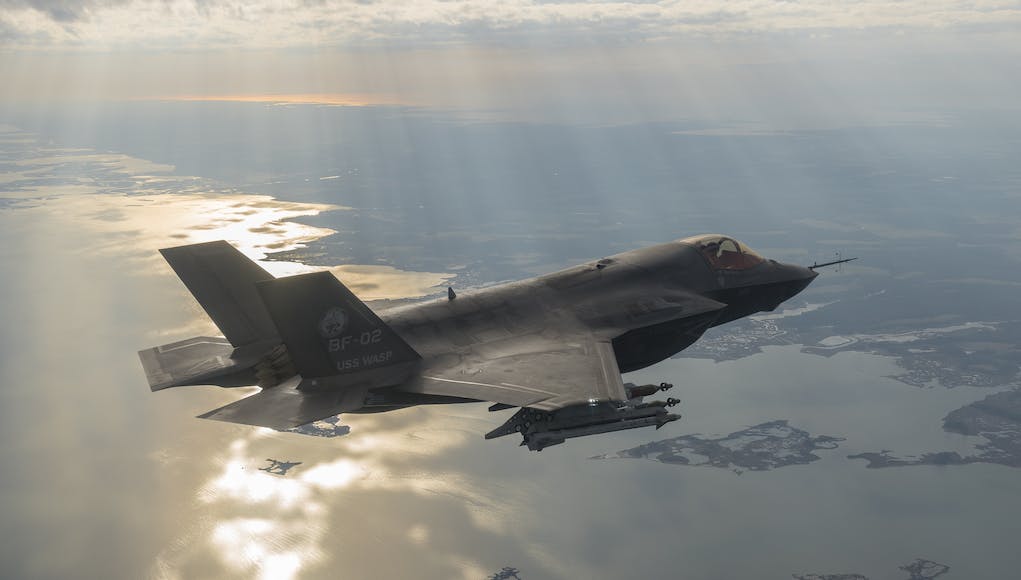 We understand that the highest number previously accomplished in a month was three, which occured in November of 2014 during the F-35s 2B software block testing.

According to a press release, these successful test events — performed using the F-35’s newest block 3F software — demonstrated the accuracy of the F-35s.

“The WDAs rely on the full capability of the F-35 — multiple sensors, navigation, weapons envelope, mission planning, data links and inter-agency range scheduling — all working in sequence to put steel on target. This was a tremendous effort by the F-35 test team. They surged and worked seven days a week for more than a month to expend 30 ordnance and advance weapons testing. This testing has moved us that much closer to delivering the full F-35 capability to warfighters within the next two years.”

More than 200 F-35s have flown in excess of 66 thousand fleet-wide hours, with over 300 F-35 pilots and 3,000 maintainers trained to operate and support this next-generation aircraft.

However, as reported by AviationWeek, Air Commodore Harvey Smyth pointed out that “the total number would cover attrition replacements and the so-called sustainment fleet, which is defined as additional aircraft required to sustain the fleet to its out-of-service date as well as to cover maintenance. Other UK combat aircraft also have large sustainment fleets.”

The F-35B’s maiden deployment is set for late 2017 and it’s bound for the Western Pacific. The jet will deploy aboard an amphibious flattop and the US Marine Corps are planning a more powerful escort force to support it, according to Admiral Scott Swift, head of Pacific Fleet, as reported by the Marine Times.

The F-35B has already flown from American assault ships as part of a series of tests, which largely went well.

Additionally, F-35 unit costs have been going down with each successive lot of aircraft and will continue to do so.

17(R) Sqn have three F-35B jets based in the US, we understand that these jets will likely never leave the US.

I’ve heard several mentions of the RAF now wanting to go for the F35A instead of the B versions for the carriers. Is there really any truth in it or just a rumour?

Hope they get them 😀

I believe the RAF want’s F35A to replace the tornado because it has longer range than the F35B, and it want’s mix F35’s fleet, i seen this from flightglobal, but we probably won’t find out if this true unit the next Strategic Defence and Security Review