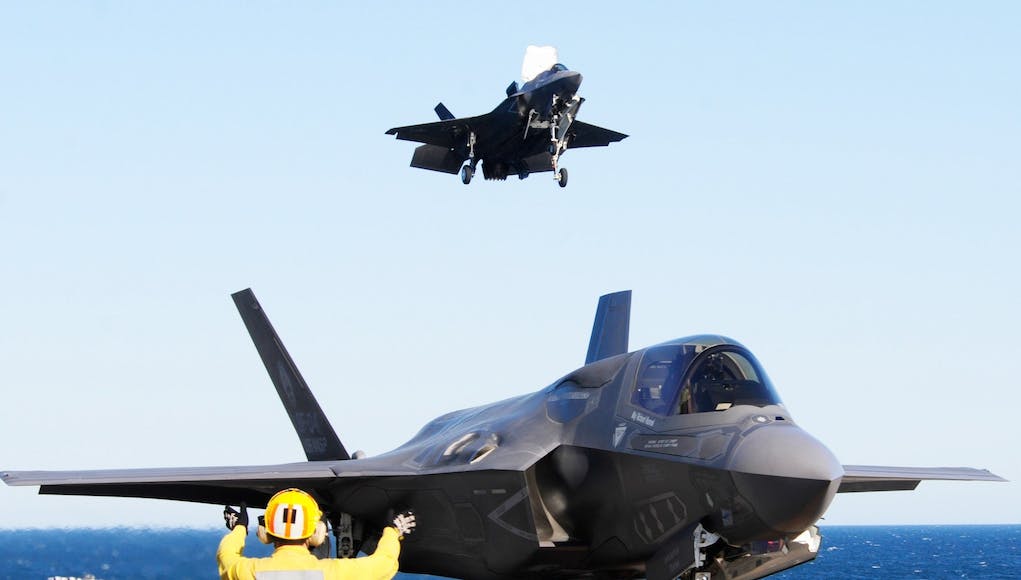 According to a press release, these employment scenarios differed from those conducted in Developmental Test in that they were specifically designed around operational employment scenarios with the aim of further validating and developing tactics, techniques, and procedures for all three variants of the F-35.

“Due to the commonality of the F-35 mission systems and weapons, everything we learned during this detachment directly translates to combat capabilities for the Marine Corps, our sister services, and partner countries.

This was a phenomenally successful deployment that was made possible by the close coordination between the JSF Operational Test Team, U.S. Air Force, Navy, Marine Corps and industry.”

“The operational test team developed complex air-to-air and air-to-ground scenarios and the F-35 weapons system performed as expected to deliver weapons on target.

On day one of live fire testing, the team was able to shoot two missiles on two separate test set-ups within 12 minutes – an exceptional level of efficiency in a test environment. Another test mission involved an F-35B dropping a GBU-12 and supporting it with LASER guidance while simultaneously engaging a QF-16 drone. Both weapons successfully guided to their targets.”