The fifth of nine P-8A Poseidon Maritime Patrol Aircraft is arriving in Scotland from the United States.

More than half of the Poseidon fleet will be #SecuringTheSeas of the UK from the premier @RoyalAirForce Station ? pic.twitter.com/pYwRFlhK2W

According to the Royal Air Force, Poseidon’s role is “hunting potentially hostile submarines and helping to defend our nuclear deterrent”.

Track Fulmar yourself on @ADSBexchange:https://t.co/vgSvaDhITE

Roundup of the @P8A_PoseidonRAF names so far:

What is the P-8 Poseidon? 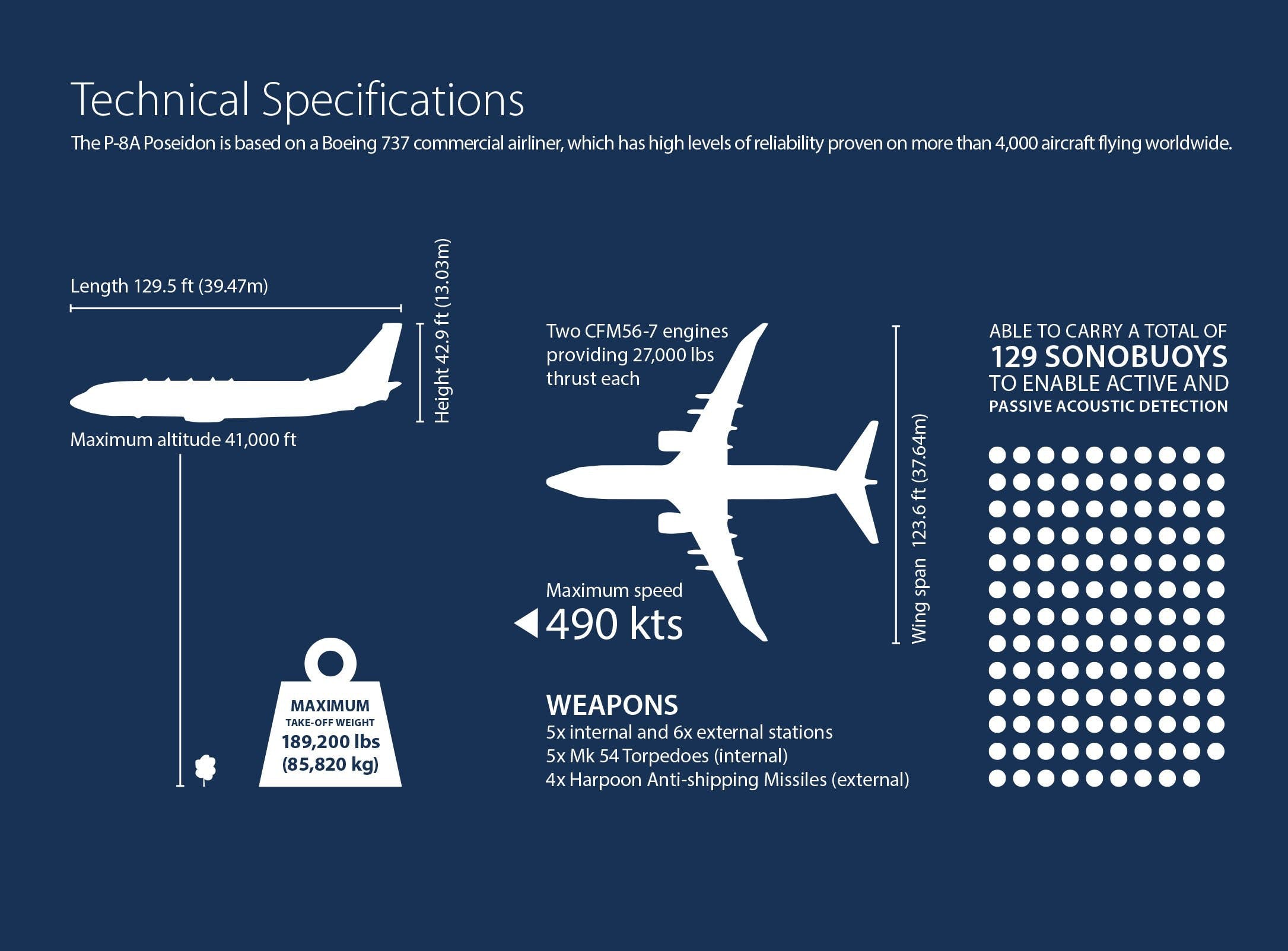 Like I’ve said before, not enough airframes but for a change you have to be impressed with the delivery rate.

Agreed, more airframes needed, perhaps another 5 to replace Sentinnels? Delivery rate is impressive, aircraft number 6 must be about to roll off the production line if it hasn’t already.

No money to replace Sentinel, that’s the whole point.

Its more a case of what do you replace it with? Sentinnel is growing old and we need to look at a replacement airframe, or look at spending a lot on trying to update the existing one. Ideally a new, more modern aircraft woukd be better and additional P8s makes more sense as the airframes carrying the pod required could also perform a dual role.

Yeah this seems to going according to plan, as you say, a few more would be nice though. What with the whole ‘island nation’ thing.

Boeing probably doesn’t have a lot of orders for commercial aircraft at the moment so they have plenty of spare capacity for military aircraft.

I think I read somewhere that the delivery rate was good because we were using second hand airframes.

AFAIK Boeing is supplying the full RAF Poseidon fleet from new build 737NG’s. The first two RAF Wedgtails are being built from low hours 737’s but as thats such a major cut and shut to add the upper fuselage element for the radar as well as all of the mission systems, its pretty much a full rebuild that results in a new aircraft anyway: https://thinpinstripedline.blogspot.com/2021/01/the-truth-about-wedgetail-no-it-isnt.html

It’s good to see an unusually quick delivery rate! I imagine it’s down to Boeing having a hot production line that’s produced a lot of them and it being based on a tried & tested airframe.

…..most importantly the US Navy giving us slots in their run. The way the procurement worked was that the USN made the order in bulk of which 9 were going to the RAF. In that way the RAF effectively got accelerated delivery since it was part of a large and existing USN order. I’m sure someone else will have a more precise explanation but broadly that’s how it worked.

I think you are referring to this:

It’s not unusual for foreign orders to be added to a US order to create a larger production Lot.

It’s exactly the same with F-35 production lots, the total is made up of US orders, USAF, USN, USMC, partner nations and FMS customers.

Guess they either had the choice between pushing some of their own orders to the right to get ours delivered more quickly or stump up their own assets as part of NATO to fill the maritime patrol and surveillance gap in our backyard!

should bring down the cost for everybody and provide continuation of production run for Boeing. everyone wins I think.

Seems to me a really successful procurement decision and VFM for what is a really good capability.

My bad it seems the second hand airframes are for Wedgetail!

Fantastic! For once a nice, speedy procurement. How about another 3 additional airframes? 12 total sounds good.

Same for E7 Wedgetail, 12 total would be great.

You’d have to assume the UK will complete it’s order of nine aircraft by end of this year with only four left to be delivered. I understand the first of five for Norway has just entered production, which leaves four for the Kiwis, six for South Korea, another three for India due this year (total 12), the RAAF just ordered another two to bring their fleet to 14, the USN received its 100th mid last year, last I read 117 had been authorised, unless more are ordered, they must be getting close to the end. If the UK Government wants… Read more »

Excellent. Wish they’d get a decent Torpedo installed though.

Good news, gradually eliminating the ‘capability gap’ in some style. Was C295 ever seriously in the running?