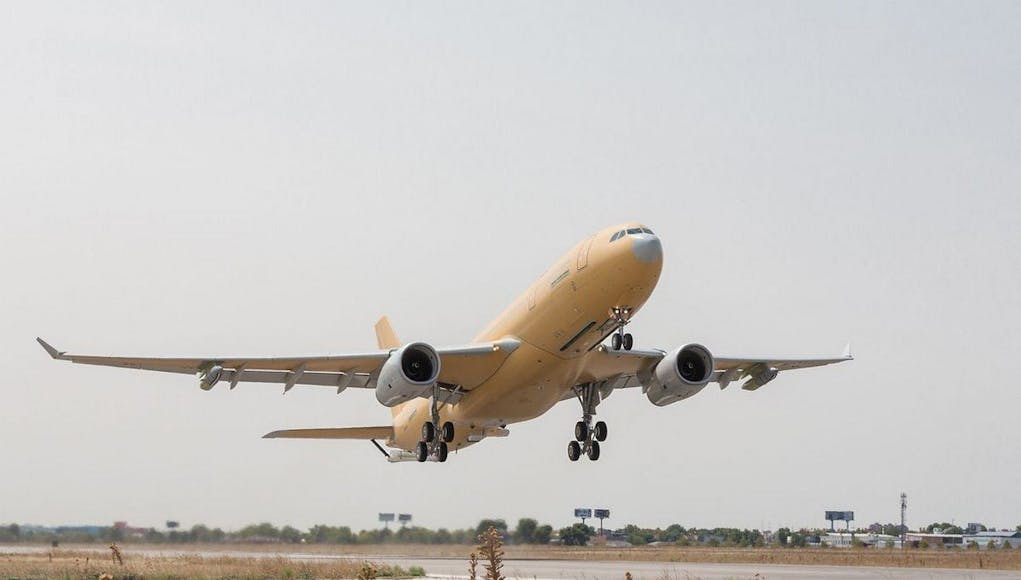 Airbus Defence and Space has successfully completed the maiden flight of the first A330 MRTT Multi Role Tanker Transport for France.

The Airbus A330 Multi Role Tanker Transport (MRTT) is an aerial refuelling tanker aircraft based on the civilian Airbus A330. The A330 MRTT has also been ordered by the Royal Australian Air Force, Royal Air Force, United Arab Emirates Air Force, Royal Saudi Air Force and Republic of Singapore Air Force.

The aircraft, which will be known in French service as Phénix, is the first of nine ordered by the French Defence Procurement Agency DGA, plus another three expected to be confirmed.

It is the second new standard A330 MRTT to fly, featuring structural modifications, aerodynamic improvements giving a fuel-burn reduction of up to 1%, upgraded avionics computers and enhanced military systems.

The aircraft was converted in Getafe from a standard A330 assembled in Toulouse. The crew reported that the aircraft performed in line with expectations during the 3h 25min flight.

The Phénix fleet will be equipped with a combination of the Airbus Aerial Refuelling Boom System (ARBS) and underwing hose-and-drogue refuelling pods, and can carry 272 passengers or be configured for medical evacuation.

First delivery is due in 2018. Fifty-one A330 MRTTs have been ordered by eight nations of which 28 have been delivered.

Sounds like it should be easy to equip a boom to the RAF ones once common sense prevails and funds are made available.

Are they buying the aircraft or using the pfi route like we did?

The maiden flight was on 7th September
http://www.airbus.com/newsroom/press-releases/en/2017/09/First-A330-MRTT.html

Sounds like they are now using the A330neo airframe to convert into MRTT spec. The ‘neo’ like the A350 only uses Rolls Royce engines to go onto the British made wings.

Talking of Airbus their buying 51% of Bambardier’s C100 Series programme should mean all those jobs in Belfast are more secure. And Airbus aren’t too afraid to take on Boeing either….

WATCH: Interview with the first F-35 pilot to land aboard HMS...