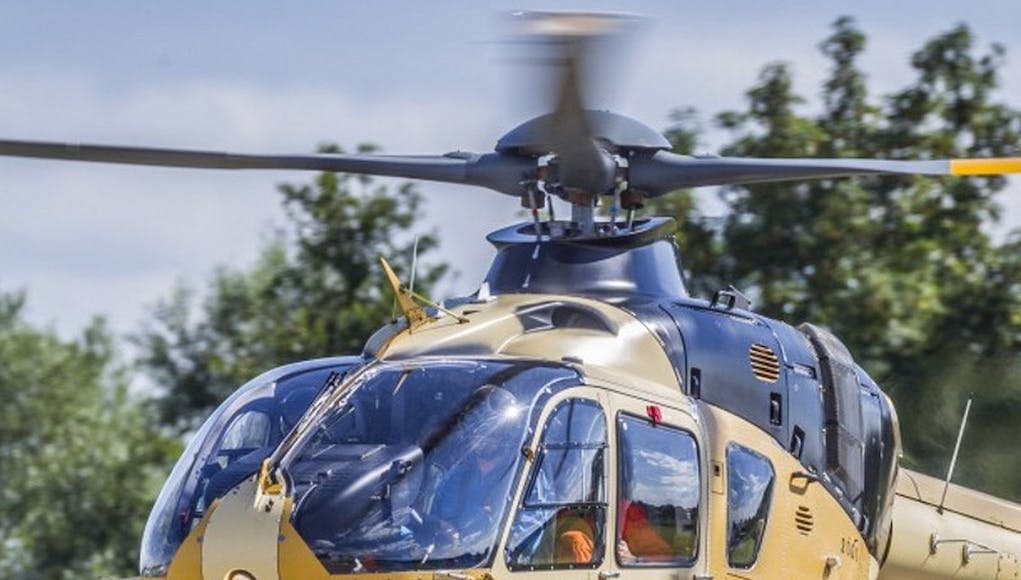 Airbus Helicopters will deliver 29 H135s (pictured) and 3, hoist-equipped H145s to the UK MoD.

The H135 is a twin-engine civil helicopter produced by Airbus Helicopters (formerly known as Eurocopter). It is capable of flight under instrument flight rules and is outfitted with digital flight controls. It entered service in 1996; over a thousand aircraft have been produced to date. It is widely used by police and ambulance services and for executive transport; by 2013, more than 500 EC135s were providing helicopter emergency medical services across the world. While the EC135 is primarily used by civil operators, a combat-capable military-orientated variant of the EC135, designated as the Eurocopter EC635, has also been produced.

The UK Military Flying Training System (UKMFTS) takes UK armed forces aircrew from initial training through, elementary, basic and advanced flying training phases preparing them for their arrival at their designated operational aircraft units. It is operated by Ascent Flight Training, a consortium of Lockheed Martin and Babcock International under a 25-year Private Finance Initiative (PFI) contract for the UK’s Ministry of Defence (MoD). Apart from the overall contract, the main elements of the system include fixed-wing elementary, basic, multi-engine and fast-jet pilot training, rear crew training and rotary-wing (helicopter) training.

In October 1996 a contract was placed with FBS, a company formed between Flight Refuelling Aviation, Bristows Helicopters Ltd and SERCo. This 15-year contract not only covered the engineering and supply aspects already in place, but also included the provision of the 35 Squirrel HT1 and Griffin HT1 helicopters for the Defence Helicopter Flying School at RAF Shawbury. In practice, FBS now sub-contracts the support of the DHFS and RAF Shawbury to FB Heli Services (formerly FR Aviation Services) thus maintaining the partnership between the company and RAF Shawbury forged over the 5 years previous to that contract. Also included in the contract was the provision of 40% of the helicopter instructors, Operations Support staff and Flight Systems Operators in the Central Air Traffic Control School.

The UKMFTS training helicopters acquisition program had been shelved by mid 2012, but a four-year extension was granted to the FB Heliservices contract to run the DHFS at RAF Shawbury. FB Heliservices, which had already run DHFS for 15 years, was a joint venture between Cobham and Bristow Helicopters.

In 2013, Ascent proposed modified versions of the bids originally provided by the two contestants for the requirement: AgustaWestland and Alphar (a Eurocopter, FB Heliservices and CAE consortium). The contract was for a ten-year interim period rather than the full life of the MFTS PFI.

The Defence Equipment and Support (DE&S) organisation announced, in September 2014, that six companies had been invited to bid on the new Rotary Wing Training Programme (RWTP) that will replace the old Defence Helicopter Flying School (DHFS) out-sourcing contract, in place since 1997.

The MoD anticipated selecting the winning bid in 2016, with the new service becoming operational in 2018.

Those MMIs are going to be bonging more than Big Ben!