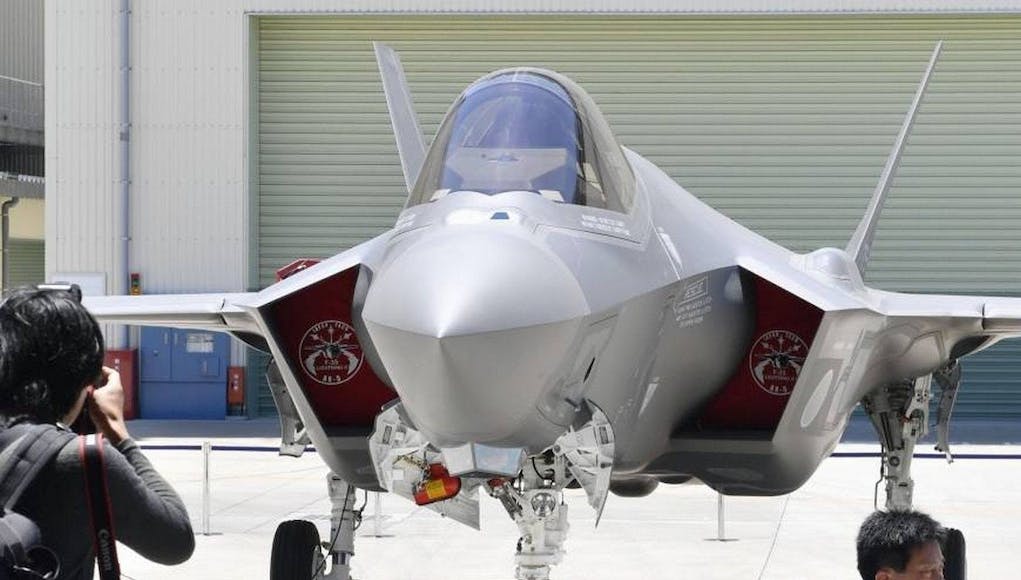 The first Japanese assembled F-35 was unveiled at the Mitsubishi Heavy Industries facility in Japan today.

The Japan F-35 Final Assembly and Check Out (FACO) facility is operated by MHI with technical assistance from Lockheed Martin  and oversight from the US Government.

“Seeing the first Japanese built F-35A is a testament to the global nature of this program.

This state of the art assembly facility, staffed with a talented and motivated workforce, enables us to leverage industry’s unique talents and technological know-how to produce the world’s best multi-role fighter.

The F-35 will enhance the strength of our security alliances and reinforce long-established bonds with our allies through training opportunities, exercises, and military-to-military events.”

The Japanese Ministry of Defence selected the F-35A as the JASDF’s next-generation fighter in December 2011, with a Foreign Military Sales program of record of 42 F-35As. The first four JASDF F-35As were previously delivered from the Fort Worth, Texas, production facility.

So if we’re the number 1 partner why are we not building our own ?

The Italians have built their first couple of F35As too. Maybe something to do with specialised build of the B version? Just a shot in the dark

That a great point

so why are we not building all of the F35b’s globally in this country..

Because Italy and Japan are not getting the Full R/O variants like we are, only the US and UK are getting the full spec F-35s; which are only cleared to be built in the States.

Since UK has ordered over 100 why are we not building?

Are 15% of the parts of this plane assembled in Japan built in the UK?

Rolls Royce do parts of the lift fan in the UK and I think there is a shed load of other components built here as well. Its about 15% of each airframe we build. The Japanese have a different arrangement, they have ordered 42 and get to build them at home. We don’t get that but they only build those 42, we get 15% share of around 3000-4000 planes.

Unless Japan are going to build for other countries. This may be the case as setting up a facility to produce 42 aircraft sounds mad. Also as the only level 1 partner we get full access and technology transfer (access to source code) and we get priority in regard to production lots. We have contributed around 10% off the R&D whilst tier 2 partners like Italy have contributed about 5% and for that they get less than full access and a maintenance depot.

The UK has a great deal regards the F35. Tens of thousands of jobs in the UK involved in the programme plus full technology transfer

I see no cost advantage in assembling F35 in the UK

Absolutely Mike – let’s not forget we contributed £2bn in developing the programme.

And UK is getting the Avionics maintenance facility at MoD Sealand.

The UK builds around 15% of ALL F-35s regardless of where they are assembled, thanks to the lift fan built by Rolls Royce and the tail section plus avionics built by BAE. And the European avionics service center is here too.

15% of a 3000 fleet is equivalent to around 450 full aircraft. Way more than the Japanese or Italian lines are going to put out. Pretty nice deal if you ask me.

Let’s just be clear. The F-35s are really being “built” in Japan. There is a final assembly part in Japan where components are shipped in from all over the world, including about 15% of the fuselage from the UK, the lift fan if it’s a B that needs to be assembled, and some other stuff from the UK as well. There are almost certainly some components that are locally built in Japan as well where some go to the Japanese assembly plant for use in locally assembled planes but most will be exported by Japan to the USA and Italy… Read more »

D’oh. Talk about trying to make a point and having the worst possible typo.

That opening bit should read… “The F-35s AREN’T really being “built” in Japan”.