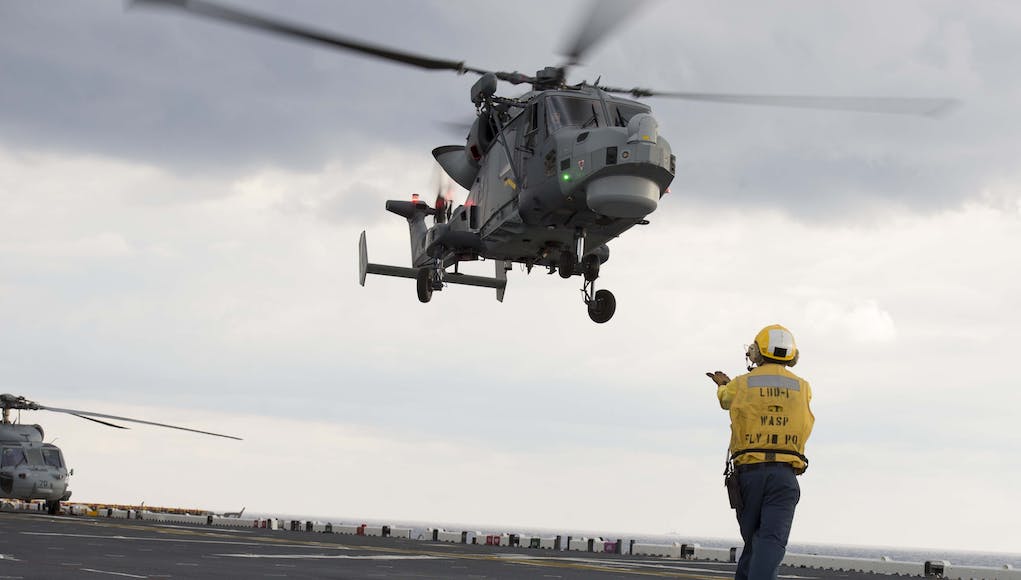 South Korea has received an initial delivery of four Wildcat helicopters out of a total order of eight.

In January 2013, South Korea’s Defense Acquisition Program Administration announced the selection of the AW159 to fulfill a requirement of the Republic of Korea Navy for a maritime helicopter, winning out against the MH-60R Seahawk.

A fleet of eight aircraft are to be delivered; these will be used for search-and-rescue missions, anti-submarine warfare and surveillance.

The AgustaWestland AW159 Wildcat is an improved version of the Westland Super Lynx, designed to serve in the battlefield utility, search and rescue and anti-surface warfare roles.

In British service, common variants are being operated by both the Royal Navy and British Army to replace their ageing Lynx Mk.7/8/9 rotorcraft.

The AW159 has also been offered to several export customers, and been ordered by the Republic of Korea Navy and the Philippine Navy.

The Wildcat features an increased payload and range over the preceding Super Lynx; it is operationally required to carry up to 8 Future Anti-Surface Guided Weapons up to 185 kilometers from a host ship and remain on station for up to an hour.

The type can perform aerial reconnaissance, anti-submarine warfare, anti-surface warfare, utility, fire control, command and control, and troop transport duties. In these varied mission roles, a range of munitions can be used.

In January 2014, DAPA announced it will equip its Wildcat helicopters with Spike NLOS missiles to provide a stand-off attack capability for engaging targets such as ground artillery and small vessels.

In April 2015, the South Korean government was considering ordering a further 12 Wildcats to further strengthen the Navy’s anti-submarine capabilities; alternative options include the MH-60 Seahawk and the domestically-produced KAI KUH-1 Surion helicopter.

The helicopters are expected to operate from the navy’s Incheon-class guided missile frigates.