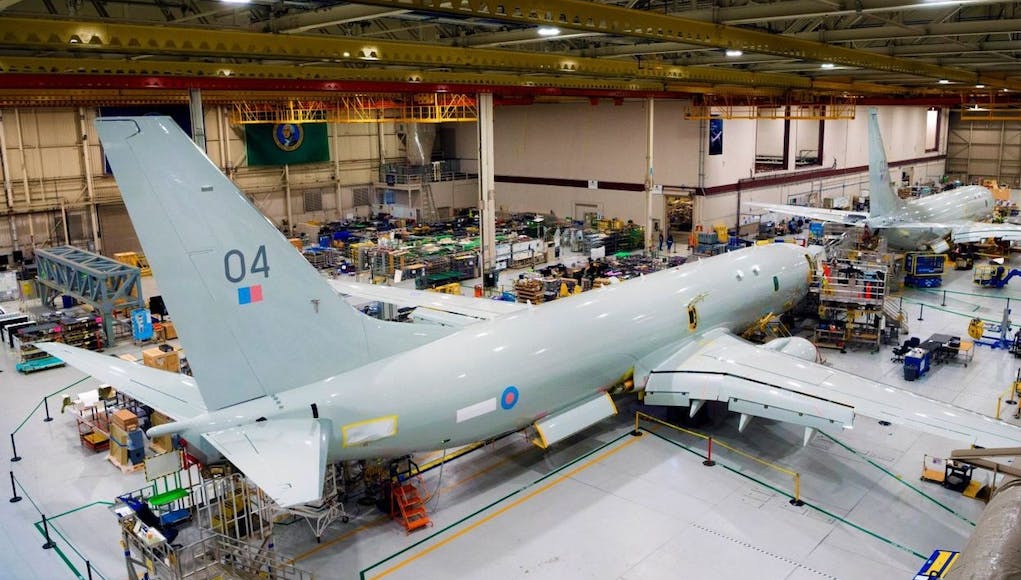 The fourth Royal Air Force Poseidon MRA1 maritime patrol aircraft has been named ‘Spirit of Reykjavik’ in honour of the role played by the Icelandic capital and its people in enabling the Allied victory during the Battle of the Atlantic.

The aircraft will arrive at RAF Lossiemouth tomorrow, say the RAF. According to a Royal Air Force news release:

“During World War II a lack of range prevented RAF Coastal Command aircraft and crews from covering the North Atlantic ocean from their stations in the UK. In the area they couldn’t patrol, wolf packs of German U-boat submarines wreaked havoc on the Allied ships bringing essential food and supplies to the UK, without it could not have carried on the war effort. The introduction of the long-range B-24 Liberator bomber and a new airfield, seaplane base and refuelling port at Reykjavik which extended the range of RAF aircraft and Royal Navy escort vessels, had almost immediate effect as the German submariners lost their immunity from air attack in the North Atlantic air gap.

Number 120 (‘CXX’) Squadron, which has been selected to be the first RAF Poseidon squadron, deployed a flight of seven Liberators to RAF Reykjavik on 4th September 1942.

The Squadron, in its entirety, was based there between April 1943 and March 1944 before returning to the UK to help protect domestic sea lanes in the build up to D-day. The connection between CXX Squadron and Reykjavik was cemented by His Majesty King George VI approving the addition of an Icelandic Falcon, standing on a demi-terrestrial globe, to the official squadron badge. Iceland remains a key strategic location for NATO Maritime Patrol Aircraft and CXX Squadron hopes to reinvigorate its ties with the people of Reykjavik over the coming years.”

The first three Poseidon aircraft have been named Pride of Moray, City of Elgin and Terence Bulloch DSO DFC.

In my humble view this highlights the strategic geographic importance of Iceland for the defence of the West. Certain people bleat on about Iceland’s contribution to NATO (2%) forgetting that just having them on our side gives us a massive tactical advantage that some other countries couldn’t provide with 100% of the GDP.

Wow!! What a well considered name. I am so glad to see us recognising the role place by the population of Iceland in the Second World War. A great decision.

FYI : I am not Icelandic and I never served in Iceland. I have no links with Iceland. I am just a person who is very interested in the war.

We didn’t give the Icelandic people a choice

How about Johnnie Walker CB or HMS Starling as a name for one of the P8s.

If you took JW Johnnie Walker for the P8s name I even have an idea for the planes nose paint, take the legs of an Osprey with one in the water and one holding a torp, the body of a Starling put a sadlle on its back with Jonnie Walker whisky man riding the Starling and a French horn to his mouth. Possibly playing ” A hunting we will go” on take off. By the way Im not being funny JW was possibly the best in ASW warfare and as for the idea of the nose paint I am trying… Read more »

If we are talking remembering to Battle of the Atlantic, surely Liverpool needs including inn the 9?

Everyone knows a Dave. 😉

I must have missed something in my life….Dave??

Whatever happened to the Bank of Dave?

I have posted this before but still valid and could help reduce cost and increase capability for, Tanking, AEW, Maritime Patrol etc.. “Here’s an idea. Boeing has about 400 +/-, 737 Max planes in storage. Even if these planes get permission to carry passengers, and this is not certain. It is highly likely that passengers would have no confidence flying in them. Why not buy a couple of dozen at bargain basement prices and convert them to missile trucks for F-35’s or basic Patrol/Strike/Ground Support aircraft or Surveillance. A 737 MAX cost $100 to $135 million new. Stacked planes would… Read more »

not sure why the RAF would buy planes considered too dangerous for civvy flying. If they wanted this cheap capability, there are 100s of older 737s or Airbus laid up around the world with lots of life left in them yet

Good to hear this aircraft will arrive in Lossiemouth tomorrow. Hopefully the 5th won’t be far behind, although the last 4 aren’t due until next year.