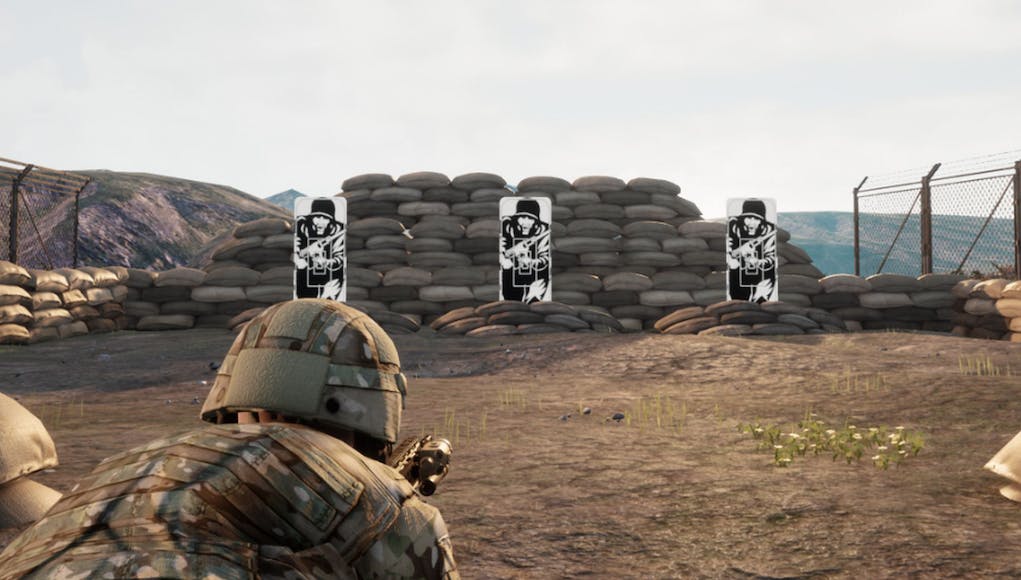 The Ministry of Defence say that trials are set to begin for a new virtual reality training platform for the UK Armed Forces, built on the same gaming engine as Fortnite.

According to a news release, the new platform will use the latest advances in gaming innovation to improve training for personnel making it more realistic, intuitive and immersive, while lowering the costs.

“SimCentric, a veteran-run software company, has been awarded £300,000 by the Defence and Security Accelerator (DASA) to develop and trial the simulator. After initial successful trials with the Parachute Regiment and officers at the Infantry Training Centre, Catterick, further tests with the British Army, Royal Air Force and Royal Marines will take place later this year.

A virtual simulator will be part of the armed forces wider training programme, and will be used to support and enhance real life training exercises. The simulator, which can be used by over 30 personnel at the same time, uses intuitive gesture control designed to match real actions on the battlefield. HD surround sound and highly realistic visuals bring to life training scenarios tailored for VR interaction.

Rather than click a mouse while sitting at a desk, personnel will be able to hold a ‘gun’ and crouch and crawl when necessary, just as they would on a real-life exercise. They will be able to practice this virtual exercise as many times as needed before going into the field for real, preparing them more effectively for operational deployments.”

“As a veteran and current Reservist, I’m proud to help train the armed forces of the future. I joined the British Army in 2006 and later served in Afghanistan. This gave me a passion for building technology that will reduce the risk to our armed forces and improve the quality of training, with the ultimate aim of saving lives.”

“The MoD is committed to developing radical and innovative ways to combat the challenges our armed forces face today, and equip them for the threats of tomorrow. This new simulator is just one way we are bringing training into the next generation, using technology drawn from the world of gaming to support our troops in training.”

just more money wasted like when they scrapped the .22 ranges and brought in the air powered sa80 shoot at the screen gizmo,it spent more time broke than working,with lads sitting around bored to to tears,better of doing proper full scale and mini scale exercises

Agreed Andy, I dont see why not use something like this in the beginning stage of training though for new recruits.

They have their place, as a PSI, I found out on the range my TA soldiers didn’t have the confidence with their weapons , as the regs did. Simply due to the fact they only saw their gats a few times a year. This really became apprant during their range time, with lots of very basic simple mistakes and a nbr of NDs. I resolved the issue, by booking the SAT range on a Friday evening and instead of the guys going out on the lash, they undertook weapon familiarisation, a WHT and then a spell on the SAT range… Read more »

There is always a place few new tech in training but that will never replace physical fitness, aggression and good drills. Remember well the .22 conversion kits on the SA80A1, worked better than the real thing!

We still use the .22 conversions for CQB, makes it easer to manage.

Technology has come a very long way since those days.

Maybe we should recruit through Fortnite now