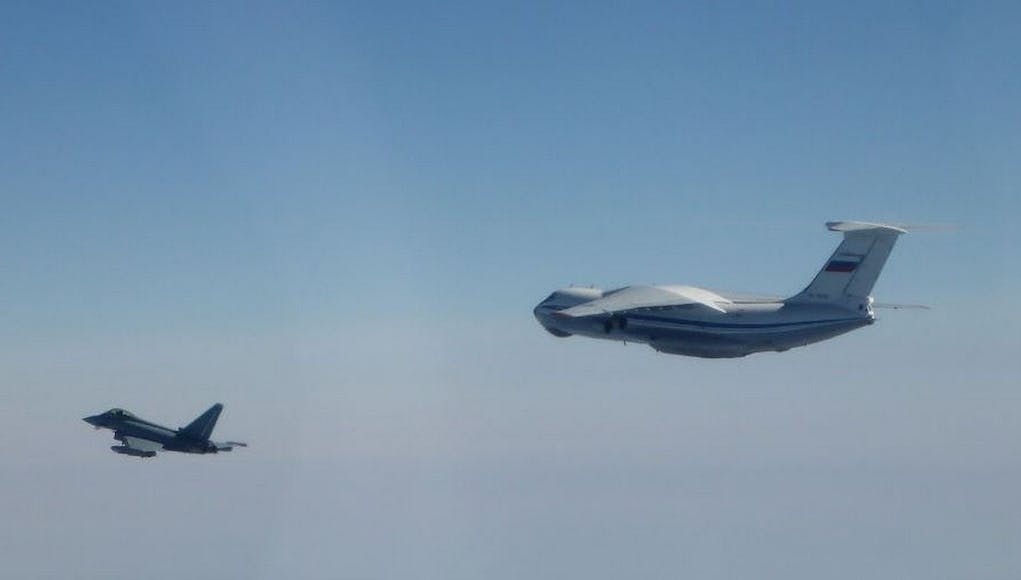 Share
Facebook
Twitter
Pinterest
WhatsApp
Email
Both NATO member detachments in the Baltics conducted their first alert scramble this week performing visual identification of Russian Federation aircraft that flew in international airspace close to NATO territory and were not on a flight plan.
Around noon on September the 5th, NATO’s Combined Air Operations Centre at Uedem, Germany ordered the German Eurofighters at Ämari, Estonia, to take off to successively check on two Russian Federation aircraft.
The IL-76 and An-26 military transport aircraft were flying in international airspace from Kaliningrad to mainland Russia. After successful identification the NATO fighters safely returned to Ämari Air Base.

Later the day, the Combined Air Operations Centre detected another track and ordered two Belgian F-16 fighter jets to launch and identify the Russian Federation An-12 transport aircraft flying from mainland Russia to the Kaliningrad enclave. This mission was also accomplished safely and the jets returned to the Šiauliai Air Base, Lithuania, in the early afternoon.

The Belgian and German fighters are conducing NATO’s Baltic Air Policing mission safeguarding the skies over the Baltics and adjacent international airspace. The Combined Air Operations Centre at Uedem and the Baltic Control and Reporting Centre at Karmelava, Lithuania, have 24/7 awareness of activities in the airspace.

NATO say that presently, the Belgian F-16s and the German Typhoons provide the quick reaction alert interceptors that will be launched within minutes to respond predictably and professionally to any unclear aerial situation.

I didn’t know that the Lufwaffe has any Typhoons capable of flying except in the most clement of weather – i.e. warm and sunshine and with no wind whatsoever.

Must be nice for the entire operational Luftwaffe to get stretch it’s wings.

Oh please, the Germans have the money to improve their forces readiness. Meanwhile, we’re attempting to ‘punch above our weight’ on a budget, in an ever worsening economic environment, thanks to the folly that is Brexit.

Why is it folly? To me it is one of the best things to happen to my country, as long as the politicians actually carry out the wishes of the majority rather than playing party politics. The UK has “punched above its weight” well before the referendum vote, and will continue to do so. And I don’t agree with the punching above its weight nonsense anyway. What is the UK’s “Weight” ? UNSC P5 member. Nuclear Power. G8 Richest Industrial Nations member. One of the worlds richest nations and biggest economies. Cultural. military, political, language ties worldwide, due to our… Read more »