Home Air ‘It gives us the advantage of not having to worry about as... 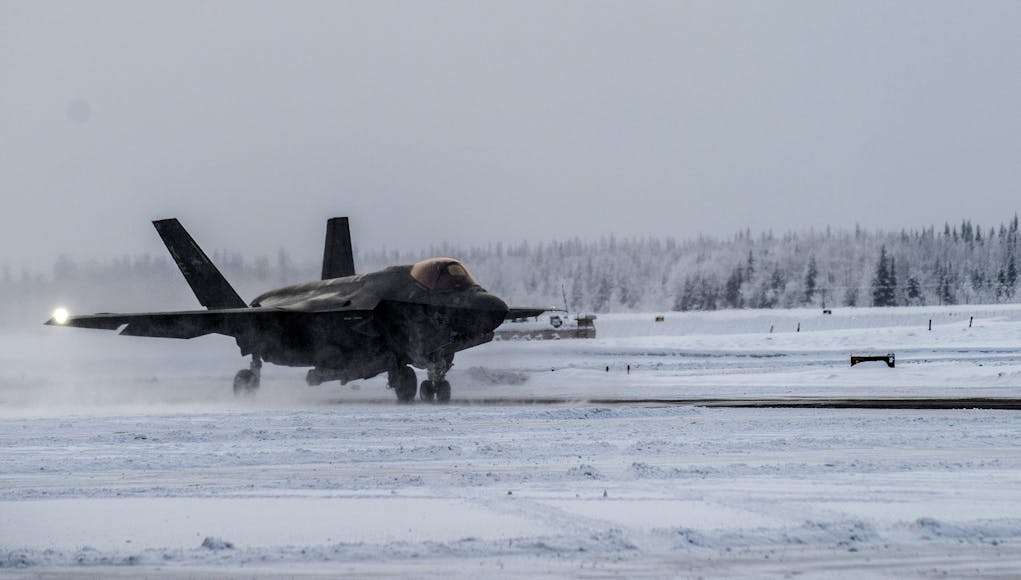 During the F-35 Lightning II’s pre-Initial Operational Test and Evaluation, Airmen from the United States Air Force 3rd Air Support Operations Squadron had the opportunity to work with all three variants of the Joint Strike Fighter.

Unlike other aircraft used for CAS, the F-35 utilizes speed and stealth technology to become a more lethal threat on the battlefield.

“It’s a little more difficult to control than some other aircraft,” said Russell. “It flies higher and faster than most aircraft we deal with, but it also gives us the advantage of not having to worry about as many surface-to-air threats. Because of that, we are able to focus more on the ground commander’s priorities.”

In a press release, the US Air Force say that Alaska’s weather makes some tasks harder to accomplish than others; but as part of United States Special Operation Forces, ‘weather can’t keep an objective from being obtained’.

“Weather was our biggest challenge,” said Russell. “At minus 30 degrees, batteries drain rapidly and keeping them warm is difficult.”

The roads to get to the different ranges located in Alaska are usually unpaved and difficult to drive on say the USAF, and with a couple feet of snow added it makes getting out there extremely difficult.

“Air Force Technical Applications Center, Detachment 460, was able to provide us with a Sno-Cat,” said Russell.

“Tech. Sgt. Cyrus Freeman from Det. 460 transported TACP personnel in the Sno-Cat for 15 hours a day all week. This was a significant battlefield enabler and a game-changer in allowing the missions to flow smoothly.”

Good point about of not having to worry about as many surface-to-air threats’. The Israeli F16I which was shot down the other week had over 20 missiles sent its way. Granted the vast majority were SA3 and SA 5 missiles, but there was also a number of SA 17 missiles in that mix. Give the IDF their due, they went back and took out half the Syrian air defence system.

did the israelis hit any airfields or parked aircraft?

The first strike after the Iranians flew their copy of the stealth drone the yanks lost in 2011, hit the T4 airfield in Syria, knocking out the control vehicle for the drone.

The follow up strike after the loss of the F161 took out 12 targets, including 3 aerial defence batteries & 4 Iranian military targets,