Last month’s Strategic Defence and Security Review set out major new investments that will boost Scottish defence jobs and reiterated the UK’s commitment to shipbuilding on the Clyde.

The MoD plans to build 18 vessels of various types for the Royal Navy, all of which will be built in Scotland.

On a visit to Rosyth, the Defence Secretary toured the in-build aircraft carrier, HMS Queen Elizabeth, as the ship’s gas turbines were fully up and running for the first time. These turbines are amongst the most powerful in the world and will provide the ship with enough energy to light up a town the size of Dundee and to take the giant 70,000 tonne ship up to its top speed while at sea.

The MoD has paid around £5 billion to Babcock at Rosyth and to BAE Systems on the Clyde, boosting jobs and the local economies. Alongside its sister ship the Prince of Wales, HMS Queen Elizabeth is supporting some 4,000 jobs and hundreds of apprentices in both Rosyth and Clyde shipyards, along with hundreds more in the supply chain.

The carriers, the ongoing build of three Offshore Patrol Vessels (OPVs) and the future frigates, have already cemented the Clyde’s reputation as the heart of British shipbuilding. The plan for further, lighter frigates and two more OPVs brings further shipbuilding work to Glasgow.

During his trip, the Defence Secretary met apprentices working on the next generation of Successor ballistic missile submarines at a facility manufacturing the missile tubes. Work on the Common Missile Compartment for Successor currently supports around 100 jobs at Rosyth.

While he was in Rosyth, the Defence Secretary also met personnel who have moved into new temporary accommodation at MOD Caledonia which has been provided for the Queen Elizabeth’s crew. A total of 302 new cabins are being provided, with all expected to be occupied by Christmas.

Scotland is a vital part of the UK’s defence and will benefit from the £178 billion this government is investing in new ships, more planes, and new submarines. By putting national security first we are securing thousands of highly skilled jobs across Scotland while keeping Britain safe.

The workforces in Govan and Rosyth make a huge contribution to the future safety and security of the United Kingdom. The two Royal Navy aircraft carriers will be at the heart of the UK’s defence for decades to come.

The UK Government is now committed to building ships in Scotland for years to come and have a £178 billion budget for new defence equipment and support. That is good news for the defence industry in Scotland, and the many thousands of highly-skilled people working for them.

The build of HMS Prince of Wales and commissioning of HMS Queen Elizabeth is progressing rapidly here in Rosyth, and I know that the teams lucky enough to be working on this historic project are very proud of the progress made so far. We are now looking forward to seeing HMS Prince of Wales becoming structurally complete next year and HMS Queen Elizabeth setting off for sea trials shortly after.

Today’s visit also took in important work that is beginning on another significant project. The manufacture of Common Missile Compartment (CMC) components for our customer Electric Boat Corporation (General Dynamics), is being carried out within a dedicated Babcock facility, in which we have invested around £10 million, here on our site. This again provides a great opportunity to utilise our core skills and expertise delivering part of a programme to support the future deterrent submarines for both the UK and US Navies, which will sustain around 100 jobs at Rosyth.

Also during the visit to Rosyth, the Defence Secretary announced a new £800 million innovation fund, which will ensure the MoD can work can fully harness the entrepreneurship and ingenuity of industry, including such companies as Amethyst Research in Glasgow, and Helia Photonics in West Lothian.

Really good news for Clydeside and Rosyth being at the cutting edge of shipbuilding in the UK supplying state he art ships for the Royal navy long into the future. However a concern is the huge amount of money ( billions of pounds of tax payers money) being spent to develop RAF Lossiemouth for the arrival of the new Possiedon p8 aircraft when the infrastructure is already in place at what was RAF Kinloss would it not be the sensible and more cost effective option to have an under used Kinloss back in use again as a home for the… Read more » 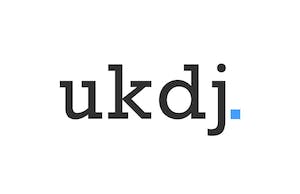 May 6, 2021
If you have any suggestions, please let me know in the comments below!