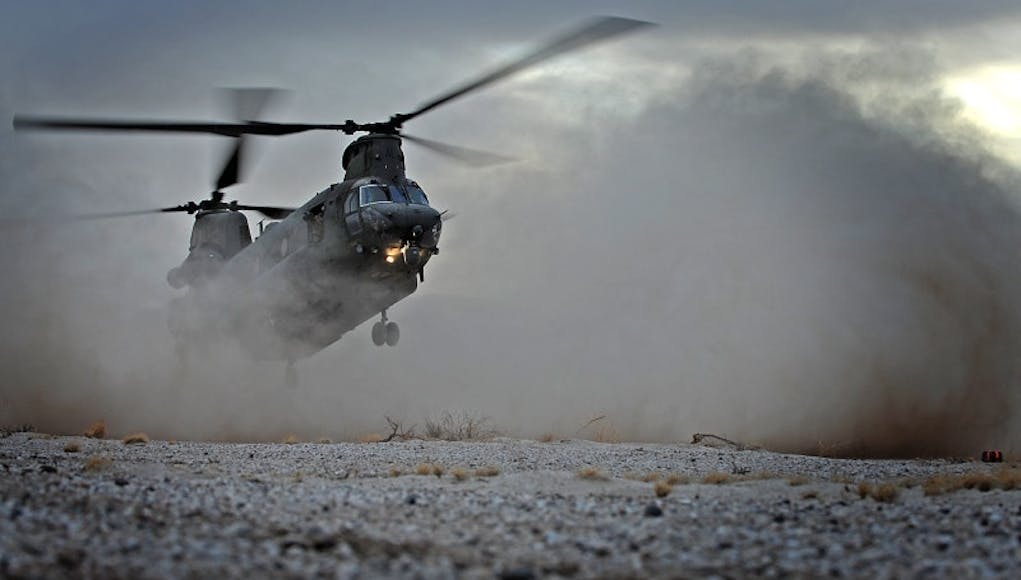 Once British forces were in Iraq it became clear they didn’t have enough transport helicopters, the Chilcot report has highlighted.

The deployment of British troops in Afghanistan also affected the availability of resources for troops in Iraq. In particular, it was found that there weren’t sufficient helicopters to support both missions simultaneously. Without sufficient transport helicopter capability troops were faced to undertake dangerous overland journeys, exposing them to hostile forces. The report states:

“Between 2003 and 2009, UK Forces in Iraq faced gaps in some key capability areas, including protected mobility, ISTAR and helicopter support.”

Former Defence Secretary John Hutton painted the picture of the MOD being a “procurement shambles”. The helicopter shortage was compounded by issues being faced with eight Mk3 Chinook helicopters ordered from Boeing in 1995. A failure to include a key clause in the procurement contract left the aircraft lying unused in a hangar in Wiltshire with the total cost of the programme estimated at over £500m by the National Audit Office.

The Iraq Inquiry, dubbed the Chilcot report after it’s chairman Sir John Chilcot, is the longest running in British political history. After almost 7 years the Inquiry today published a 12.6 million word report, highly critical of the decisions taken surrounding the 2003 Iraq War. In the six years the war lasted there were 179 British service personnel killed, with the death toll from Improvised Explosive Devices (IEDs) standing at 47, the largest single cause of death.

And the situation just keeps getting worse. Far too few airframes.

It should not have been a surprise, lack of helicopters was a problem in Afghanistan for up to two years prior to invading Iraq.

If we were short of helicopters in one theatre, planners cannot claim they were not aware of this leading up to a conflict in a second simultaneous theatre.

Yet this was still a major problem in Afghan in 2010.