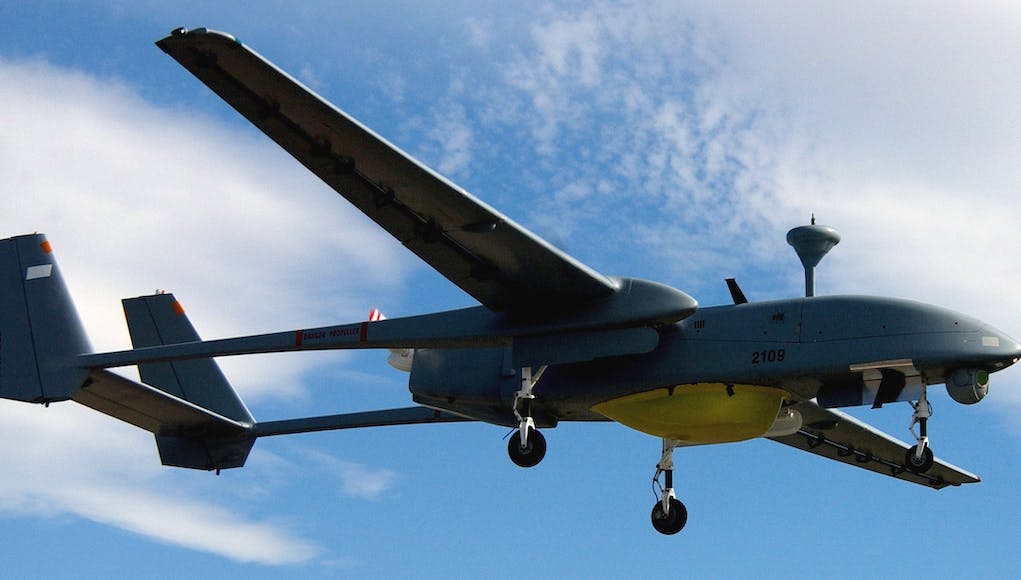 An Israeil Heron 1 unmanned aerial vehicle has crashed during a training flight near Umm al-Fahm in northern Israel.

The aircraft reportedly crashed into a house, causing a fire to break out. As a result, seven people who were in the house at the time, among them five children, suffered from smoke inhalation. The seven were taken to the HaEmek Medical Center in light condition.

The IAI Heron is a medium-altitude long-endurance unmanned aerial vehicle developed by the Malat division of Israel Aerospace Industries.

The craft is capable of Medium Altitude Long Endurance operations of up to 52 hours duration at up to 35,000 ft.

It has demonstrated 52 hours of continuous flight, but the effective operational maximal flight duration is less, according to payload and flight profile.

The aircraft saw significant use during Operation Cast Lead in Gaza of 2008–2009. During the deployment, each brigade combat team was assigned a UAV squadron for close support.

This was the first Israeli operation in which UAVs, helicopters, and fighter jets were allocated to ground forces directly without IAF central command authorizing sorties. A high degree of situational awareness was achieved by maintaining at least a dozen UAVs in flight over Gaza at all times.

Aerial surveillance was provided by Heron and Hermes 450 UAVs and Apache attack helicopters.

Other countries operating the Heron include Singapore, India and Turkey. France operates a derivative of Heron named Eagle or Harfang.