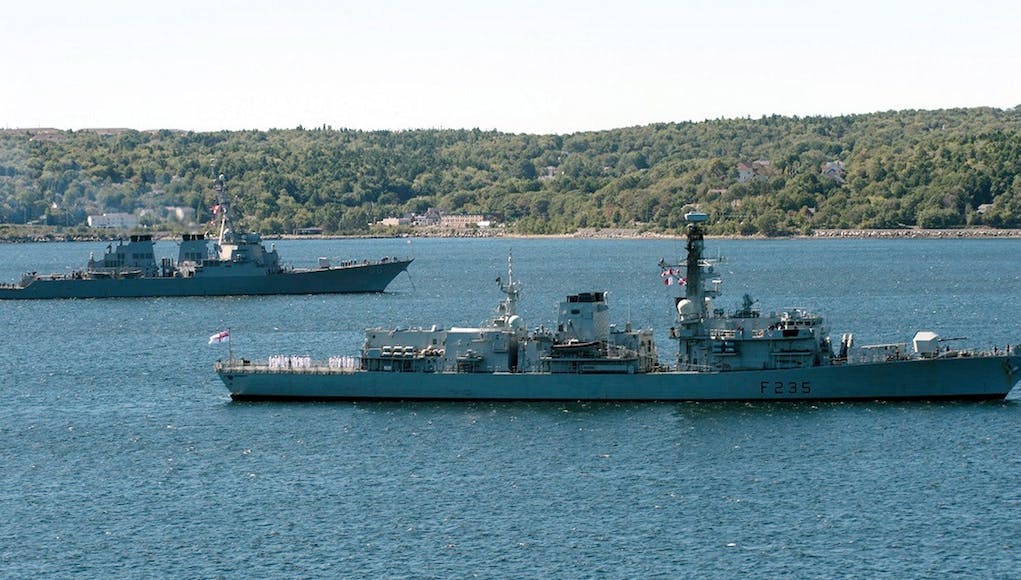 The crew of the frigate face two weeks of submarine hunting off the coast of Canada.

According to a press release, some 3,000 sailors from Canada, plus France, Spain, the USA and the UK, eleven warships, three submarines and more than two-dozen aircraft are committed to Exercise Cutlass Fury.

The focus is on submarine hunting however there are also boarding operations and air attacks to contend with.

HMS Monmouth, known as the ‘Black Duke’ is the frigate with more battle honours than any other serving warship.

“The visit to Halifax served a number of useful purposes, not least aiding co-operation with our international partners whilst demonstrating the ship’s top war-fighting pedigree across a wide spectrum of capabilities.

My team and I look forward to meeting the challenges of Cutlass Fury and harnessing every opportunity to build on our ability to work with our NATO partners – which will be crucial to our success when we embark on a nine-month deployment next year.”

What is the ship in the background of the image?