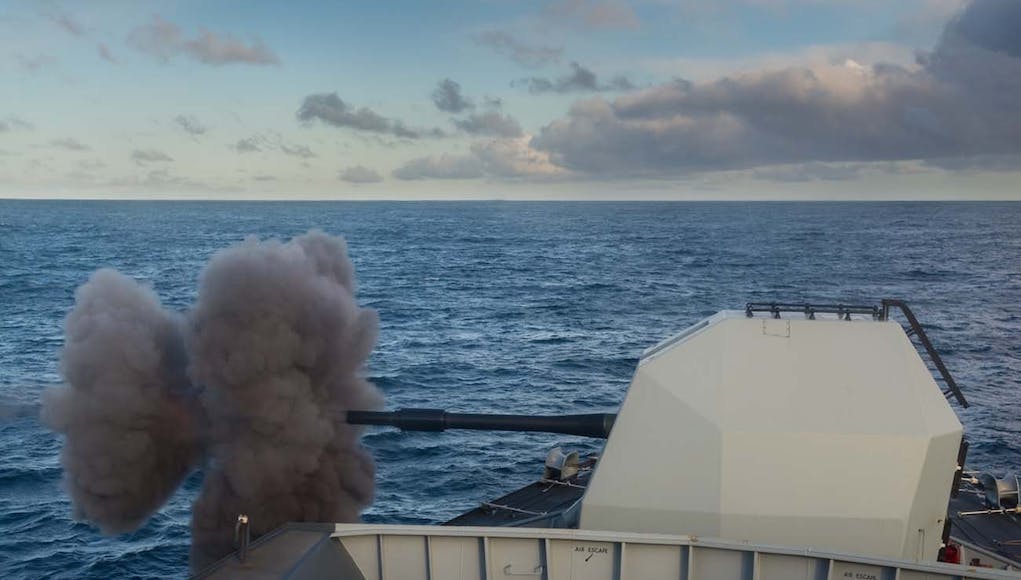 HMS Montrose has spent a week at the NATO weapon and sensor range in Norway.

After harbour checks, the ship went to sea on the test range for 3 days, with the aim of the process to provide objective checks of the accuracy and effectiveness of the Ship’s weapons, sensors and navigation equipment say the Royal Navy.

The programme included static and dynamic ranging, along with Anti-Ship Missile Defence, Anti-Submarine Warfare and Anti Surface Warfare serials, focusing on ensuring that every bit of her capability, fresh from an extensive refit last year, was sufficient to support the Ship’s future tasking.

“This NATO range is well used by UK and alliance units – sister ships HMS Somerset and HMS Sutherland used it late last year, and it is often used by members of Standing NATO Maritime Group (SNMG) 1 and 2 to conduct trials on their sensors.

SNMG 2 is currently commanded by the UK with the Type 45 Air Defence Destroyer HMS Duncan.”

“It’s been a busy week but I’ve enjoyed pushing the ship to its limits to see how it copes with a full spectrum of war fighting serials.”

HMS Montrose is equipped with Sea Ceptor and she is due to escort HMS Quuen Elizabeth on her F35b trials off the east coast of the USA later this year.

I wonder if they fired any weapons.

I Prefered the range in Crete or AUTEC in the Bahamas….much warmer