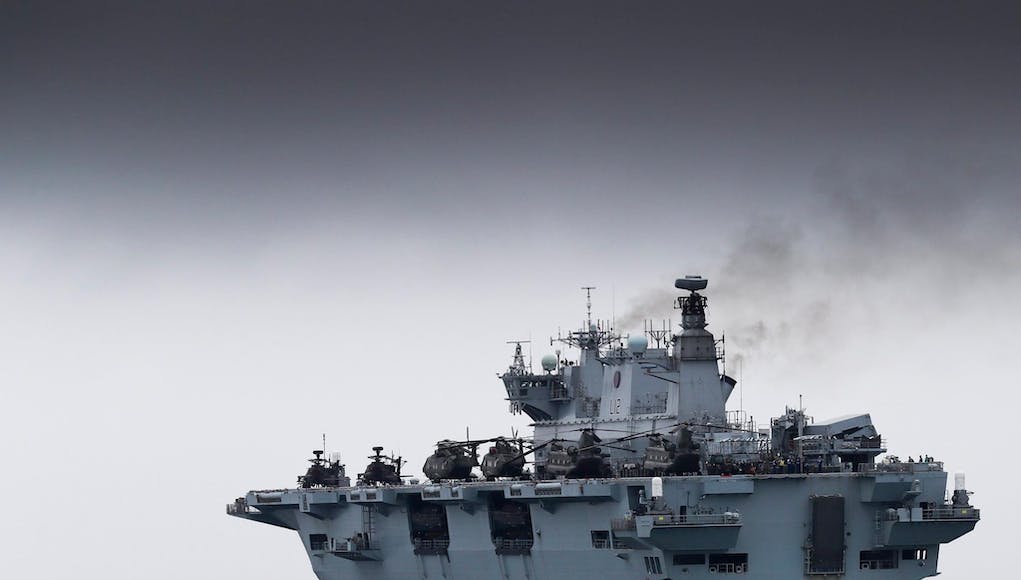 Helicopter carrier HMS Ocean has sailed from Plymouth on a 6.5-month deployment as part of the inaugural Joint Expeditionary Force Task Group.

According to the Royal Navy, the flagship will form part of the task group commanded by Commodore Andrew Burns, deploying to the Mediterranean and Middle East before returning home in March next year.

“It is a great privilege to be in command of the Fleet Flagship and to deploy with my ship’s company and embarked force on operations today.

I am in command of a truly joint defence asset with Royal Navy, Royal Marines, Army and RAF personnel on board and we will work together to deliver success for the Joint Expeditionary Force.

Good to see we are making good use of Ocean before she is replaced by the vastly more capable Queen Elizabeth class.

Also worth noting that Ocean is performing this important and very prominent international role with only helicopters embarked. Of course it will be a great day when Queen Elizabeth does complete flight testing with F35B and can sail with an embarked fixed-wing air group but it’s not as if, until that happens, she’s going to be this useless white elephant that some people claim. She’s going to be a great asset for deployments like this even before fixed wing is ready to fly from her decks.

How serious was the Trident missile test failure?