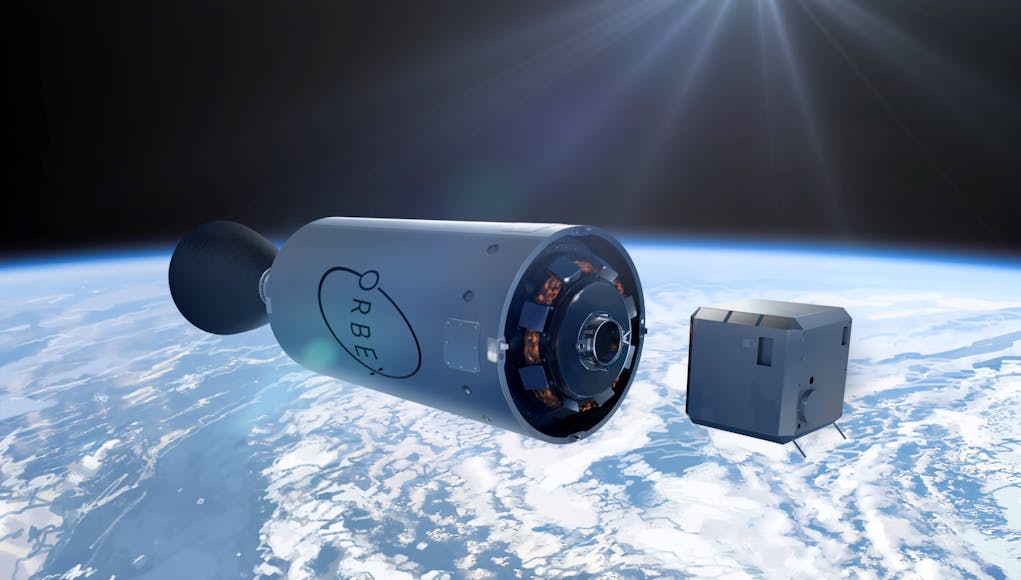 In-Space Missions Ltd has announced that it will partner with Orbex, a UK-based orbital launch services company, to launch the Faraday-2b satellite from Scotland in 2022.

Faraday-2b will be the largest of In-Space’s commercial Early Service/In-Orbit Demonstrator (IOD) missions to date, say the firm.

“Its space-as-a-service Faraday missions provide ultra-low-cost access to space for customers needing to demonstrate new services and technologies with the potential to move into an operational phase.

In-Space is currently manifesting payloads for this mission, whereby multiple organizations will share up to an expected 45kg payload on a single 80kg satellite. The company’s first mission, Faraday-1 will launch later in 2019.”

With $40 million in project financing, Orbex is the best-funded European private launch provider.

In February 2019, Orbex publicly unveiled the engineering prototype of the Stage 2 of its Prime launch vehicle, a dedicated smallsat launcher, which is up to 30 percent lighter and 20 percent more efficient than any other vehicle in the micro launcher category. Orbex Prime utilises bio-propane, a clean-burning, renewable fuel that cuts carbon emissions by 90 percent compared to traditional hydrocarbon fuels.

The Faraday-2b satellite will be launched from what is expected to be continental Europe’s first spaceport, Space Hub Sutherland, in the A’Mhoine peninsula in the Scottish Highlands. On August 1, 2019, Orbex’s partner, Highlands and Islands Enterprise (HIE) confirmed that it had signed a 75-year lease option with landowners, the Melness Crofters Estate, to build and operate a spaceport on its land.

This critical development opens the path for the UK and Europe’s first sovereign vertical launch capability, say the Government.

“For our Faraday service to thrive, we need the commercial and technical innovation that we have seen in Orbex, combined with the efficiency of a European launch site. Orbex is one of the most innovative NewSpace companies in Europe and in partnership with them, we are able to deliver a turnkey service to customers that is miles ahead of the competition.”

Great news let’s hope many more missions to come. I hope the public are allowed to go watch the first launch happening soon.

This is some good news. Nice tribute to the great British genius Michael Faraday too.

Yes, Stephen, that’s very nice tribute, what an incredible man he was, and a genius too as you rightly proclaim, never attended much formal schooling and all self taught, and the man who is responsible for the basic electric motor. He lived nearby in Hampton Court.

Check out Skyrora for another exciting British space company https://www.skyrora.com/.

Excellent news, it’s great to think how we seem to have gone from virtually nothing to some serious hopes in the space business in Britain. This is the sort of work we will need to excel in if we are indeed to thrive post Brexit.

We British have always had our citizens working in almost every country’s space program including the Apollo missions to low earth orbit way back. But most nations want to take credit for their own country and forget about the foreign workers.

If we need to build our own GNSS after being denied access to Galileo perhaps we can use this (or SpaceX) as the launch platform. As is this can only launch 150kg to 500km probably less if it need to be geostationary. The satellite will need to be a lot smaller than the current Galileo one as they are about 750kf and a lot bigger but perhaps we can do a smaller one with new miniaturisation options for components.

Can we license space x design or build their launch vehicles in the U.K. for launches from here?

Why have we been denied access to Galileo? People are intent on leaving the EU ergo leaving the EU programmes. I think you meant, since we shot ourselves in the head.

The problem the EU are facing with Galileo is that we designed and developed over 60% of the systems, but more importantly created the encryption. So technically speaking it’s our intellectual property. So we could deny them access for further developments, which is something the politicians of both sides have glossed over. Or if we were feeling really disgruntled hack them. There was talk about using a low orbit cloud of cubesats to build a GNSS network. This capability could be launched from the Sutherland space hub. The idea behind this is, if the existing GNSS has been damaged or… Read more »

Shame the UK can’t set up a place like French Guiana has, but we gave independence to our north South American colony’s! But would our mid Atlantic island of Ascension island do for large space launches, Or no doubt to costly and remote.

I’m sure that Guyana would welcome the economic boost a UK launch complex would give that nation. Some kind of sovereignty arrangement might even be negotiated, ala Cyprus,