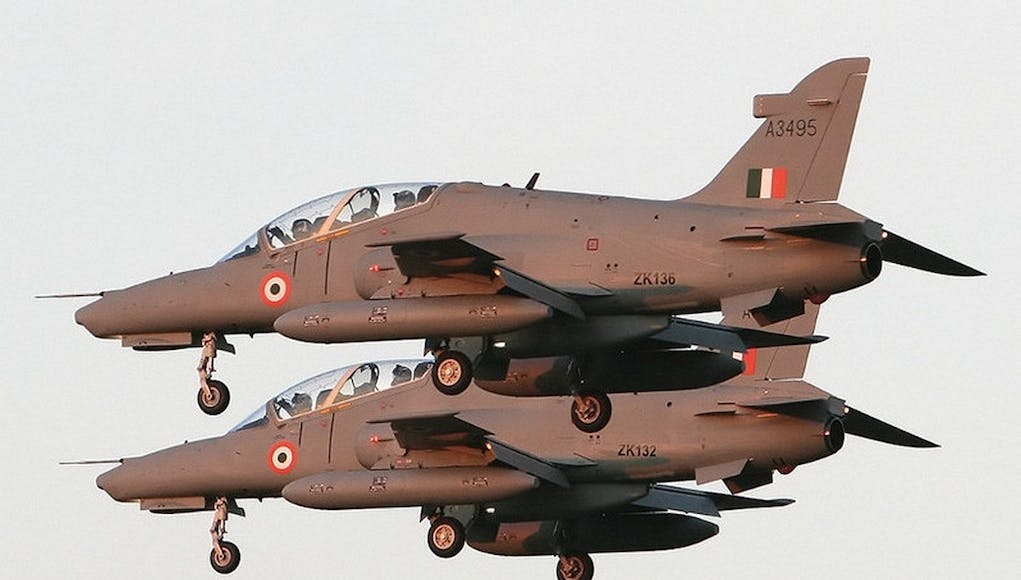 The Hawk aircraft developed technical problems soon after the takeoff, it is understood that both pilots ejected safely.

The jet crashed around 11:00 am on Thursday in the Eastern Indian state of West Bengal. Both pilots successfully ejected from the aircraft and are in good condition according to Indian media.

In February 2008, the Hawk formally entered service with the Indian Air Force, after one of the most protracted procurements in India’s history, two decades having elapsed between the initial interest and the contract signing in March 2004.

The IAF received 24 aircraft directly from BAE Systems with deliveries beginning in November 2007, and further 42 Hawks assembled by Hindustan Aeronautics Limited between 2008 and 2011. In February 2008, India planned to order 57 more Hawks, with 40 going to the Indian Air Force and the remaining 17 to the Indian Navy.

In July 2010, it was announced that the IAF and the Navy would receive the additional 57 aircraft. The additional aircraft will be all built in India by Hindustan Aeronautics (HAL), continuing to work under licence from BAE. In February 2011, Hindustan Aeronautics Limited and GE Aviation signed a contract under which GE Aviation will conduct the next 30 years of maintenance on the Hawk fleet.

JUST IN: IAF reports a crash of its British Hawk Advanced Jet Trainer aircraft. Incident at its Kalaikunda base in West Bengal.

In 2011, the IAF was reportedly unhappy with the provision of spare components; In December 2011, BAE received a contract to provide India with spares and ground support.

A court of inquiry has been ordered by the Indian Air force into the incident.