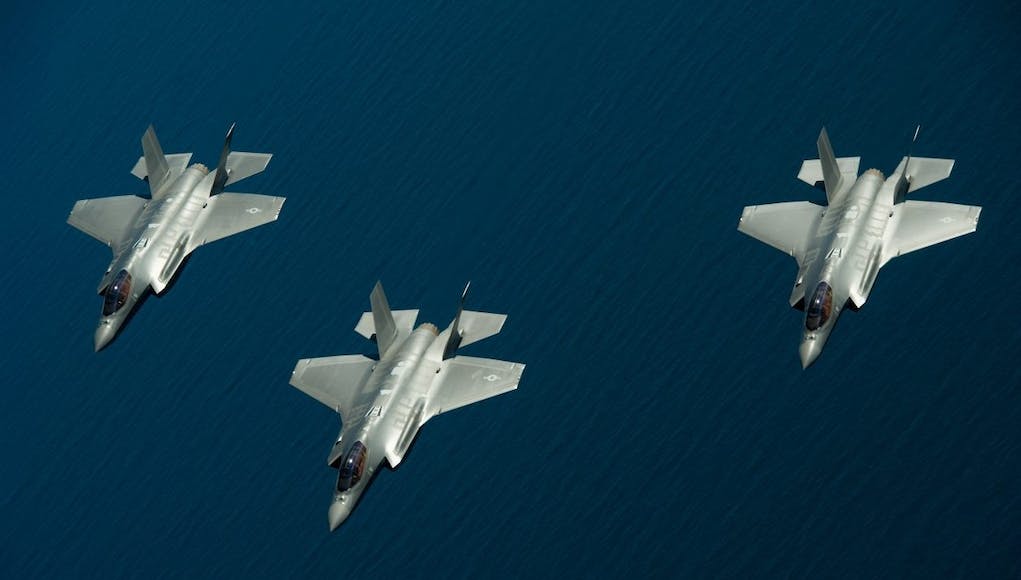 The ability of the F-35 to gather and share information is where the primarily lethality of the jet comes from, according to its pilots.

The F-35 is designed to share what it sees other aircraft. A combination of stealth, electronic attack, information sharing, and other features make the platform ‘an invaluable part of a modern air-strike package according to the US Air Force’.

“Our strength with the F-35 has been finding the threats. We use our onboard system to geo-locate and get a picture of the target, day or night, through the weather. We pass that threat information to others while using our stealth capability. We can get a lot closer to the advanced threat than anyone else can get.

That allows us to target them out and take out critical assets.”

“During one scenario, the Airmen were given a general location by advanced intelligence, surveillance and reconnaissance aircraft. The F-35s were tasked with finding a convoy carrying a high-value target.

The F-35s advanced targeting capabilities were able to pinpoint the convoy’s location. They then communicated that to British Typhoon fighters who took out the target.

The F-35 uses the Link 16 secure architecture to communicate with fourth-generation aircraft in the Red Flag fight and combined with the Multifunction Advanced Data Link (MADL), which allows pilots to see the battlespace and share that data with other F-35 pilots. The thing that’s great about having Link 16 and MADL onboard and the sensor fusion is the amount of situational awareness the pilot has.

I’m able to directly communicate with specific formations and I can see the whole war, and where all the other players are, from a God’s-eye view. That makes me a lot more effective because I know who to talk with and at what times, over the secure voice.”

“The information that we get from our sensors provides a phenomenal picture of the battlespace. When a 4-Ship of F-35As are sharing information, it increases the lethality of the entire force.

I could be pointed away from the target area and still have an accurate picture of what’s behind me. It adds a sense of confidence that when I pitch back into the fight, I don’t need the extra time to build the picture again before bringing the fight to the enemy. We also provide what our aircraft sees to fourth-generation assets, allowing them to see things beyond what they would normally be able to.”

Using the F-35 as a broad area sensor can also significantly increase a warships ability to detect, track and engage a target.

I don’t think we are yet aware of what the F35 will bring to the UK armed forces.
Of course 15% of every F35b built will be manufactured in the UK.

The Future of European Security – OTH