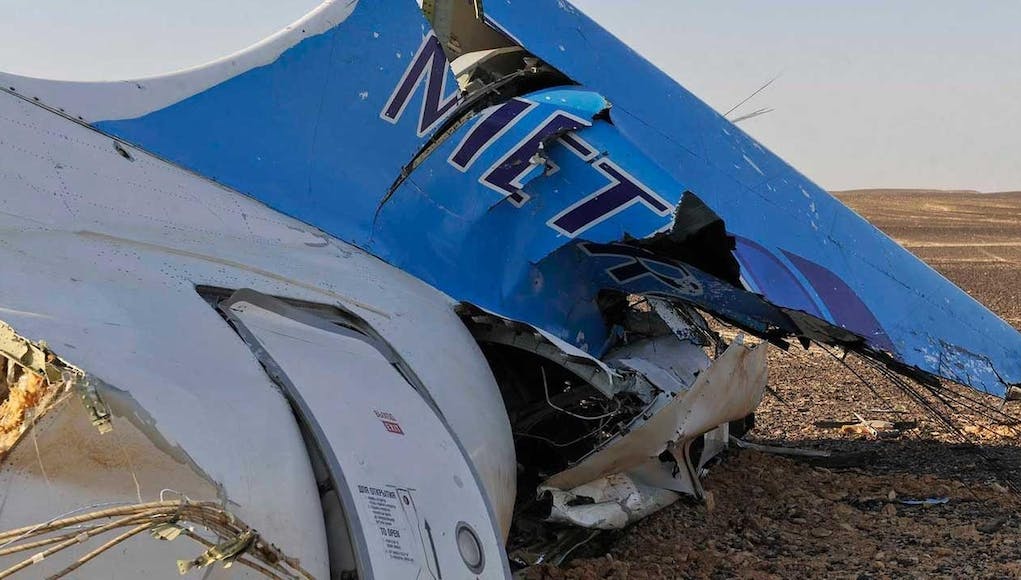 Russia has followed the UK and has ordered the suspension of all flights to Sharm el-Sheikh following indications that the airliner crash near Sharm el-Sheikh was caused by a bomb.

President Vladimir Putin made the announcement after UK investigators said they believed a bomb was put in the plane’s hold prior to take-off, killing all 224 people on board.

The Airbus A321-231 was carrying 217 passengers and seven crew members. Of those aboard, mostly tourists, there were 219 Russian, four Ukrainian, and one Belarusian.

Shortly after the crash, the Islamic State of Iraq and the Levant’s Sinai Branch claimed responsibility for the incident, which occurred in the vicinity of the Sinai insurgency.

According to a senior US official speaking, a US infrared satellite detected a heat flash at the time and place of the disaster, and the US intelligence community believed that it could have been an explosion on the plane, by either a fuel tank or a bomb. On the 4th of November the UK government said that in the light of further British intelligence, the crash “may well have been caused by an explosive device”.

On the 6th of November, the BBC reported that the British government believes the incident was probably caused by terrorism based on intercepted transmissions between militants based in Sinai. These transmissions suggest that a bomb was put in the hold prior to takeoff. Although the British have not ruled out a technical fault, the BBC reports that is “increasingly unlikely.”

Emirates, Lufthansa and Air France–KLM announced they would avoid overflying the Sinai peninsula until the cause of the accident has been determined. The United States’ Federal Aviation Administration had previously told carriers under its jurisdiction to operate above Flight Level 260 while flying over Sinai. Germany’s Luftfahrt-Bundesamt had told its airlines the same thing.

Air Arabia, Flydubai and British Airways also stopped their flights over the Sinai Peninsula in response to the crash. EasyJet stated that they would not halt their flights to and from Sharm el-Sheikh and Hurghada however following UK government intelligence, Easyjet decided to cancel all flights.

Russia says as many as 45,000 Russian holidaymakers are in currently in Egypt – and an official said it could take up to a month to bring them home.

The UK estimates that 20,000 citizens remain currently stranded in Sharm el-Sheikh. There has been no word about British military assistance.

Easyjet says its plans to bring passengers home have been sharply curtailed by the Egyptian authorities, with only two of its 10 flights leaving.