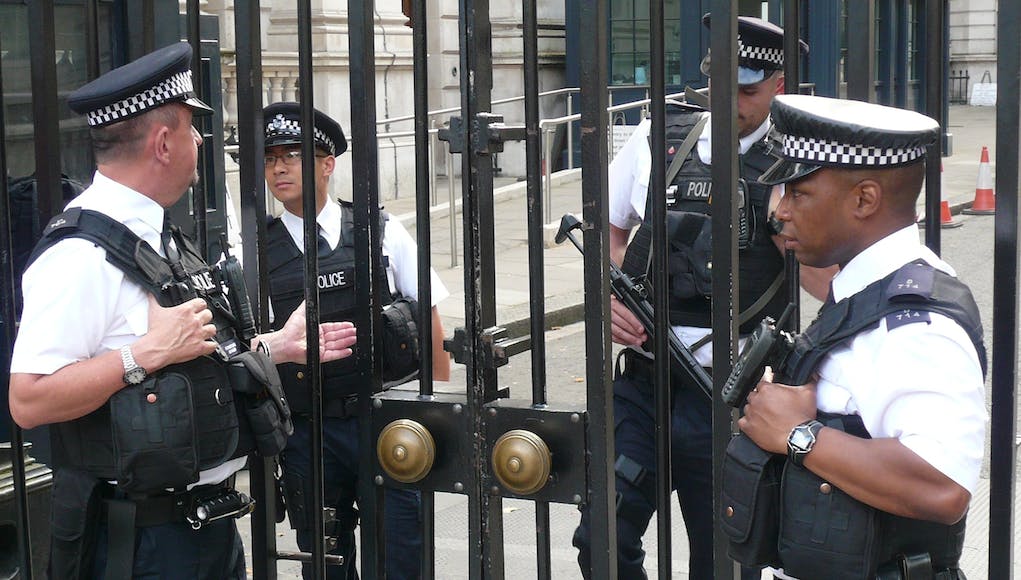 Assistant Commissioner Mark Rowley said there is evidence Islamic State was “trying to build bigger attacks” globally, and the UK was among its targets.

Speaking at a briefing in London, Mr Rowley revealed the number of terrorism-related arrests in Britain hit record levels last year. There were 339 arrests in England, Wales and Scotland – the highest yearly figure. Scotland Yard – which published the data – said there had been a 57% increase in the last three years compared with the previous three.

Mark Rowley is a senior British police officer. He is the Assistant Commissioner for Specialist Operations in the Metropolitan Police Service.

The UK’s terror threat level is currently rated as “severe” meaning that security believe a terrorist attack is highly likely.

“In recent months we’ve seen a broadening of that – much more plans to attack Western lifestyle, and obviously the Paris attacks in November,” he said.

Going from that narrow focus on police and military as symbols of the state to something much broader. And you see a terrorist group which has big ambitions for enormous and spectacular attacks – not just the types that we’ve seen foiled to date.”

IS became notorious for its videos of beheadings of both soldiers and civilians, including journalists and aid workers, and for the destruction of cultural heritage sites.

The United Nations holds IS responsible for human rights abuses and war crimes. The group has been designated a terrorist organisation by the United Nations, the European Union and its member states, the United States, India, Indonesia, Israel, Turkey, Saudi Arabia, Syria, Iran and other countries.

Over 60 countries,. including the UK, are directly or indirectly waging war against IS.

Maybe but the authorities like Police, secret agencies, etc are doing an excellent job