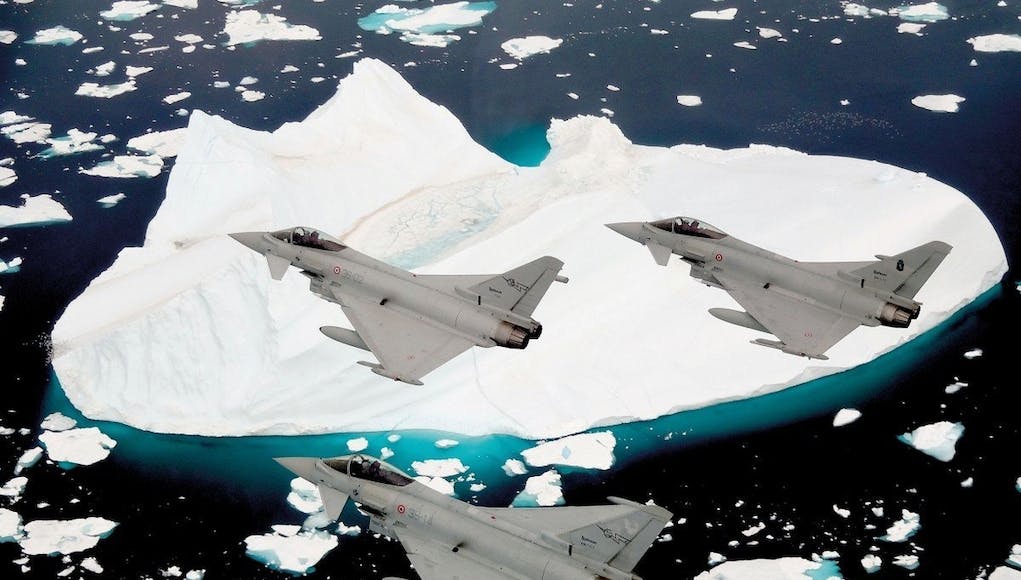 Share
Facebook
Twitter
Pinterest
WhatsApp
Email
Italian Eurofighter jets have returned to their Italian home bases after successfully accomplishing their four-week mission providing Allied interceptors to safeguard the Icelandic airspace.
After their arrival in Iceland for the NATO mission on the 11th of March, NATO’s Combined Air Operations Centre at Uedem, Germany, certified the detachment as fully operational to conduct NATO Air Policing in the Icelandic and adjacent international airspace.
On the 18th and 28th of March the Italian Eurofighters were launched by the operations centre to intercept Russian Federation Air Force Tu-142 aircraft showcasing Allied cooperation and functioning under NATO’s Air Policing arrangements.
On the 26th of March, the detachment’s force protection team conducted an interoperability exercise with the Icelandic Coast Guard helicopter during fast-roping training. On the same day, the helicopter simulated the slow-moving target for Italian Eurofighter pilots in a training intercept scenario.
In early April the detachment worked with Her Danish Majesty’s Ship “HVIDBJØRNEN”, a THETIS-class Arctic Patrol Frigate and the on-board MH-60R SEA HAWK helicopters. The training, say NATO, included another slow-mover intercept scenario which represents a challenge for fast jet pilots when it comes to identifying and escorting the helicopters.
“As a commander, I couldn’t be prouder of the objectives that my detachment achieved here in Icleand,” said Colonel Porelli.
“Successful execution of our NATO task has been the result of constant teamwork, commitment and professionalism. Everybody was essential in getting the mission accomplished.”

I think about this! https://www.youtube.com/watch?v=AeIDmiUWv7E

Me too. Love that film, and General Vladimirov. Tragic they did not make a second film after the second Novel Firefox down.p

4 weeks strikes me as being quite a short time for this sort of deployment.