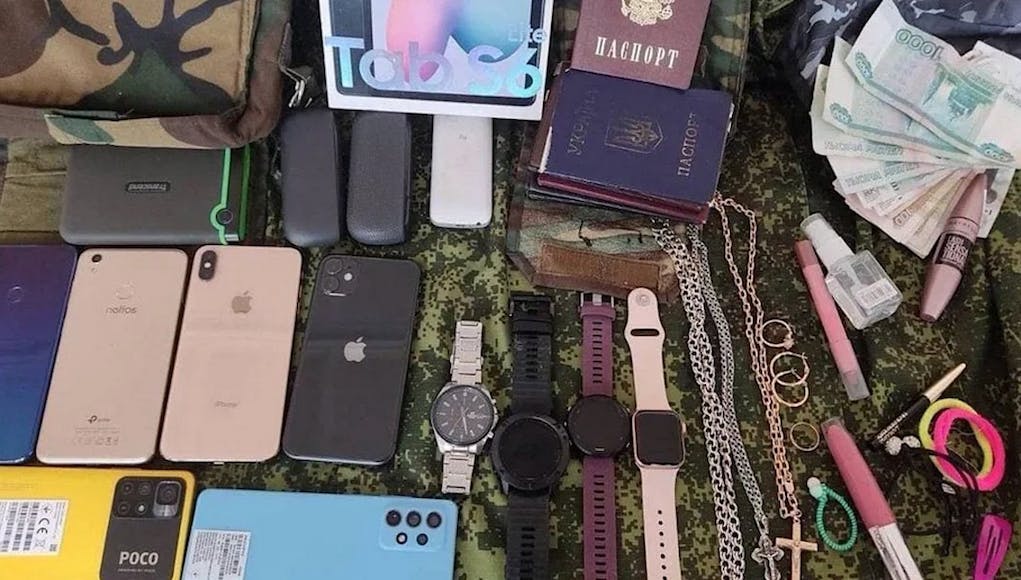 The image, shared by a journalist from the UK Defence Journal, shows phones, watches, passports, cash, jewellery and other valuables all believed to have been found on a captured Russian lieutenant.

A Facebook post published by the Ukrainian Defense Ministry claims, “the Russian military has opened a bazaar to trade in loot everything that the Russians have gained by looting and robbing the civilians in Ukraine”.

The post, titled “The Russian military has opened a bazaar to trade in loot,” said:

“In the city of Narovlya (Belarus) the occupiers set up a specialized bazaar selling property looted in Ukraine. The ‘assortment’ of the marauders’ bazaar included: washing machines and dishwashers, refrigerators, jewelry, cars, bicycles, motorcycles, dishes, carpets, works of art, children’s toys, and cosmetics. All of these things, the Russians gained through marauding and robbing peaceful civilians in Ukraine. Currently, the occupiers are organizing delivery of new shipments of looted ‘goods’ to their bazaar.” the post added. “From the city of Buryn [in Ukraine’s northeastern Konotop district, Sumy region] towards the national border a convoy of delivery vehicles is moving various effects — both industrial goods and household items.”

Whilst this hasn’t been verified, the source is trusted.

It should be noted that looting like this is a war crime, and is prohibited by international law. 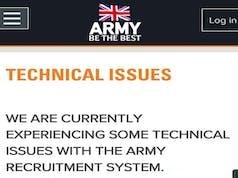 I have seen on twitter (at)UAWeapons 3.4.22 images of a destroyed Russian supply vehicle loaded with secondhand washing machines, which would appear to be related to this story.

Yes, saw that. Anonymous have also downloaded the names, passport numbers and ranks of all serving in the MR Bde in the Bucha area where many of the attrocities took place. It’s CO was shown in a PO sending his loot back.

It good to see hackers doing something worthwhile.

Good to see anonymous doing their bit as they have been during the war. Really highlights how important cyber space is in war seeing as they effectively crippled Russian airlines. I hope to see Ukraine forming teams like Mossad to get those criminals after or even during this conflict, and the wagner group merceneries who may have contributed to those events in Bucha as per sources. The Un and Hague most certainly fail to deliver justice so I would think Ukrainians would do it themselves like Mossad did in Argentina and etc.

One of the Ukrainians on twitter pinged his bluetooth headphones that had been half-inched…they pinged back as being in Belarus at the bazaar that has been set up to offload all of ivans ill gotten gains.
The joys of modern tech.

Apple should be able to geolocate those iPhones and the Apple Watch as well?

Should be pretty easy to get evidence that the owner lived in location a) and the devices ended up in quite another place.

So it would be perfectly possible to bulk assess the level of this criminal activity.

All that has too happen is for Apple too play ball ,they haven’t been forthcoming before when agencies requiring information when terrorist attacks have occurred and Apple phones were used they play ” privacy Protocols” SB

On a significantly larger scale than what we saw in ww2 on both sides though I’ve never heard of the bazaar stuff before. Fairly standard practice for Allied soldiers in Germany to see where family valuables had been buried and take them.

‘Fairly standard practice’. I have never heard of anything of that kind.

Bloke down the pub
Reply to  Barry Larking

Those phones and other devices aren’t going to be of much use to any Russians with all the sanctions. Although, looting has been an age old tradition of all armies, and lets face it is a source for most British museums, I couldn’t comprehend any decent person stealing kids toys.

UN discussing & soon voting wether to expel Russia for human rights. what about the Soviet Union, Stalins’ purges at least, or China’s actions against the Uighurs, Hong Kong, Tibet etc?

Trouble is. Hi a makes most of the bloody stuff. We really need to plan now for when we have similar problems with them. Establishing manufacture in India seemed a good idea and then you realise just how much they are in Russias pocket presently and one wonders where it’s best to focus on. 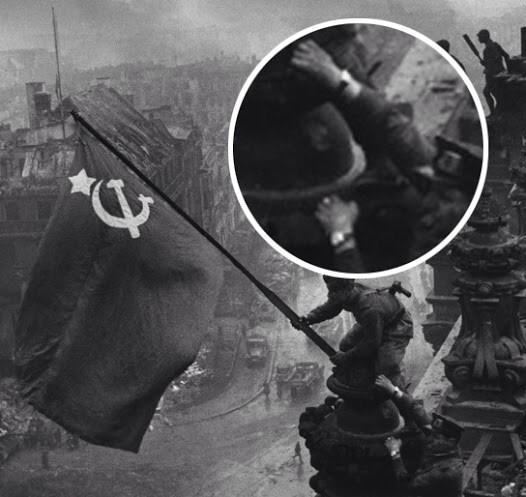 As mentioned above it should be relatively easy to identify the culprits but the fact is that the Russians from the top down have zero regard for any thing or any one and fully expect to walk away scott free with rape, murder, torcher as well as the plundering of private and public artefacts. We in the West are fooling our selves if we think that there is any remorse in the Russian people. Putin has complete control over the media and the Russian population well a good percentage of them want to believe all that comes out of his… Read more »

The Russian invasion of Ukrainian is unforgivable as are the horrendous atrocities that have definitely been committed by the Russian troops which they appear to have hoped would be covered up by the mobile crematoria. Thankfully the awfulness has been exposed to the world. The Russian people have suffer for a very, very long time at the hands of the delusions of their leaders. Wether is be the Tzars or the Pogroms or Putins kleptocracy. Suffering has been ingrained in the national psyche and the source of the suffering is projected by the leadership onto external actors. Don’t forget you… Read more »

Polls of Russians seem to show 75-80% support for the war. Normally i’d sceptical of polls in a dictatorship but on the evidence of 100’s of interviews with Russians on youtube and social media I believe it. Russians look like europeans but they don’t think like europeans. That’s hard for us to accept but it’s true. Russans seem convinced that they are and will win this war when the penny drops that that is not going to happen things may change.

Trouble is they are thinking they are fighting the old war against the evil west. Let’s be honest if 20 years of being relatively absorbed into the Western economy and freedom to experience it and people hasn’t changed their attitudes even the younger ones, nothing will now, so we just have to accept they need to be closed out as far as possible for as our society becomes more and more guilt ridden theirs is almost as nationalistic as they ever were, democracy will never sink in to over half of them. Maybe this will turn out to be a… Read more »

Sorry no notification. Your right sadly but we shouldn’t forget the 20% who don’t buy the bullshit. If I was them i’d want out of the nuthouse and I think we should welcome them. For the rest your right we should isolate them and leave them to rot in their hellhole.

Imagine someone comes upto to you tomorrow and says Ukraine’s real government is Russias friend and the terrorist organisation headed by Zelenskyy has been killing innocent people. You wouldn’t believe it because everything you have seen on tv, newspapers, internet(the bits you have access to) your neighbours and friends have told you otherwise. This is what it can be like for people living in closed off society. I know I’ve used an extreme example but hopefully it makes the point. Why would Russians not believe what they are being told. If presented in a relatable way any thing can be… Read more »

I wouldn’t believe it because it wouldn’t make sense compared to the information that I’ve gotten from sources all over the world.

I think people like you are too willing to give Russians the benefit of the doubt. Unfortunately, I think many, deep down, actually are okay with this invasion.

Sure, there’s a sizeable, largely middle-class population who aren’t. Instead they are too scared to do anything, which isn’t that much better.

Oh i dont know as they are very similar populations, all these Ex soviet Bloc are.
and we have seen captured Russian Soldiers executed.

2 wrongs dont make a right and they will be more to follow on this story.
Lot of the Ukrainian business is run we Russian support, and the Russian Military is supplied by Ukraine.
Ukraine sold Bombers back to Russia rather than scrap them
So they are all rosey

Hope you put your friend straight. Though I did have trouble getting oak smoked Alaskan Salmon yesterday.

Your friend sounds a bit dim.

It only takes the tiniest amount of critical thinking to realise that Russian media may well not being telling the truth.

Tams . Like Lincoln said “you can fool all the people some of the time ” “Some of the people all of the time” But Putin holds the key too media information outlets ,he’s still in Soviet cheka mode ” My information is the true information ” with that approach Sane people won’t step out of line regardless of their doubts for fear of so called accidents and mysterious disappearances Putin has sterted too assimilate into his hero Stalin ,the man who hated Ukraine as well soon he’ll be wearing a military style designer uniform And we know the lies… Read more »

I would agree there are a lot of the population in Russia that are kept in the dark and have to believe what they see on their TV’s as it is their only view of the out side world but by now the whispers are spreading as the body bags start to arrive home and yet they still want to believe what the Russian state media dishes out. What will it take to convince them that their beloved homeland is run by a Starlin/Hitler hybrid. But even the Ambassadors who sit in the the state capitals of the world who… Read more »

They just gave a medal to a ‘soldier’ who sported Nazi motifs and swastiker tattoos, not to mention the Wagner mob who’s leader is unashamedly a NazI and wanted the World to know by naming it after Hitler’s favourite composer, yes the irony is sickening.

Putin is de-nazifying Ukraine, wait for it, with Nazis (the Wagner group). 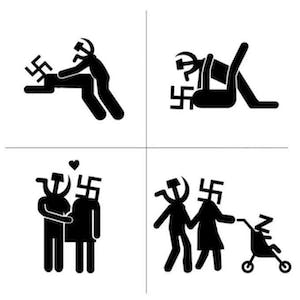 Do we not think its time that we deport every Russian across the world and send them home.
what better way to fill that country with the garbage they have sent around the world.
face it there all Crooks or Gang crime members

let them all go home.

At least during the Soviet era ,the Russian President Apart from Stalin couldn’t do what he wanted, there was a checks and balance with the Politburo Putin has no such brake on his actions and if he can get away with it then unfortunately those he has commandered for this special operation will also do likewise they now all have the blood of War crimes on their hands it’s time the Russian people pulled their fingers out of their Ears and listened too the truth it won’t taste nice like ear wax and if they don’t like the taste then… Read more »