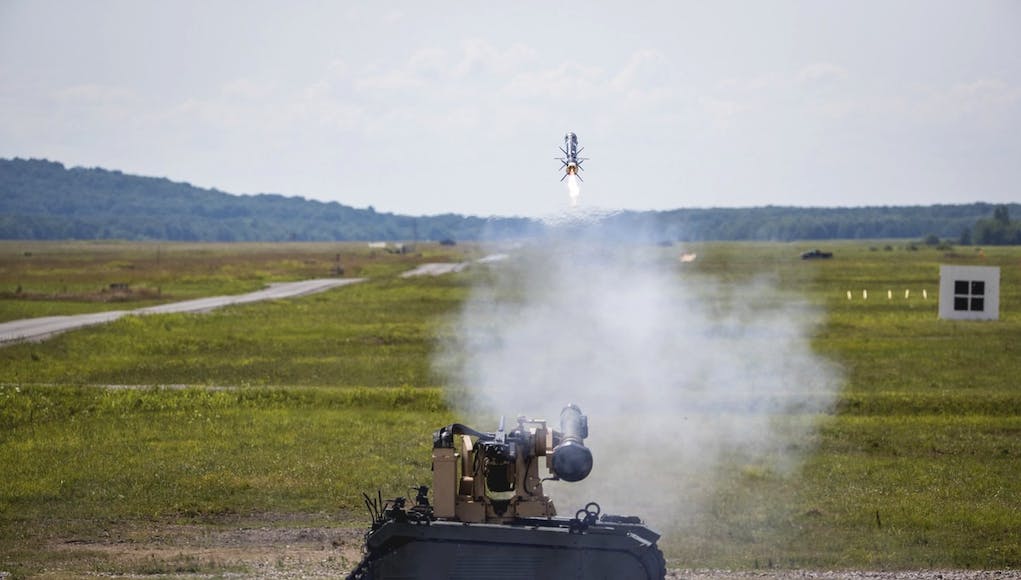 The demonstrations, conducted at the U.S. Army Redstone Test Center, Alabama, validated the integration of the weapon station, missile and vehicle say the firms.

Javelin has been fielded on the Common Remote Operations Weapon Station-Javelin across U.S. Army Stryker 8×8 vehicle brigades in Europe.

“Once the launch command is issued, soldiers and vehicle assets like the UGV can reposition out of harm’s way. These tests demonstrated our ability to evolve Javelin capabilities to address new missions in support of the warfighter.”

Javelin is a one-man-portable and platform-employed anti-tank and multi-target precision weapon system. Over 45,000 Javelin missiles and 12,000 command launch units have been produced.

US and coalition forces have used Javelin extensively in Afghanistan and Iraq in more than 5,000 engagements.

Rehearsals underway for the Joint Expeditionary Force Demonstration as part of...