The Republic of Korea Air Force’s aerobatics team, the Black Eagles, will be performing at three airshows in Britain this July, according to local media.

It has been reported that the team will be appearing at the Southport Air Show, Royal International Air Tattoo, and Farnborough Airshow.

“The Black Eagles team is set to participate in the Southport Air Show, Royal International Air Tattoo, and Farnborough Airshow from July 9-22, as part of military diplomacy to promote South Korean-made aircraft.

The team last attended a British show in 2012. Later, it joined flight events in Singapore and Malaysia but did not travel to Britain due largely to geographical distance, according to the officials.

The team of 12 pilots will fly eight T-50B supersonic trainer jets to stage various performances, including its trademark show of drawing with smoke tails the taegeuk mark, a signature symbol of South Korea’s national flag. A joint flight with its British counterpart, the Red Arrows, has also been arranged to highlight the two countries’ friendship, the Air Force said.”

The local news outlet also reports that following its trip to Britain, the team plans to visit 13 other countries, including Poland, Slovakia, Egypt and the Philippines, to promote South Korean military assets, such as the FA-50 light attack aircraft. 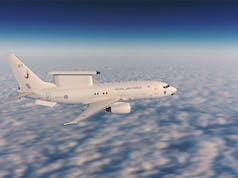 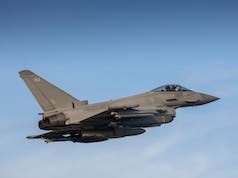 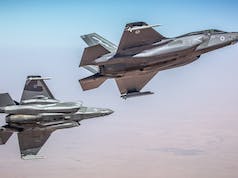 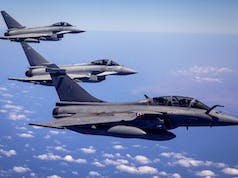 If you get the opportunity to see these guys I can definitely recommend. Saw them in 2012 at the 2nd to last Waddington Air Show, they were sensational.

Personally thought they were better than the Red Arrows…

I can’t see the UK buying Korean aircraft but hopefully the latest version of Hanwha’s K9 is firmly on UK MOD’s radar.

I think that waste of money is enough now.

One Bayraktar drone is better than the K-9

In future warfare, the dumbest thing to do is to buy expensive large-caliber self-propelled artillery than over-budgeting tanks.

The British Army has to focus with choice in a limited resource.

If the British Army can’t fix the as-90 and for can’t use longer period of time, it’s better to give up the SPG.

What good is the Bayraktar drone if an enemy establishes air superiority and has an anti-aircraft, helicopters, ew, and mw/laser air defense? The drone’s success in Ukraine has as much to do with Russian failures as the drones’ strengths.

If the enemy has the upper hand in an aeiral battle, has already lost. Bayraktar is also one of the realms of air superiority. One bayraktar is more important than 10 self-propelled artillery to win air superiority and war. Russia’s failure in Ukraine is not just a failure of Russia, it is the result of rigid generals obsessed with outdated combat techniques. Think simple. The light attack aircraft can CAS 24 hours a day, and the price is 5M. It is cheaper and more efficient than the shells fired by self-propelled artillery. Of course, it is also cheaper than the… Read more »

I would disagree on drones replacing artillery. Artillery is playing a large role in the Ukraine conflict on both sides. They complement each other. You can see operations where a drone spots for the artillery. Personally if I was buying for the army my first question would be can the AS-90 be upgraded/rebuilt Easily with new gun and systems substantially cheaper than a new system? Depending on that answer would guide next decisions. I would look at the German 2000 system aswell as the Korean system. Also I would have a truck mounted system in the mix. Enough to get… Read more »

Self-propelled guns are useless. Towed guns are still useful and always will be.

If ISTAR and air reconnaissance assets could be deployed on every battlefield – in the US, self-propelled artillery would be useful in the future.

However, I am sure that even the US will learn that the APKWS of CAS drones is slimmer, easier and more effective for 155mm long-range artillery fire over distances of over 100 kilometers.

Even more so in the days of switchblade, I think it would be far more beneficial to maintain a small level of self propelled artillery-just gives a battlefield commander more options. However nobody is doubting the usefulness of cheap armed drones against an enemy with superior ground forces

Switchblade capabilities and upgrade possibilities; If you know the expansion from a simple single-use surveillance and reconnaissance drone to a larger 20-50 km attackable unit, I think you’ll know that the SPG itself is useless.

Switchblade is cheaper and offers more opportunities than the k-9’s single-use surveillance and reconnaissance ammunition and long-range artillery ammunition. It is also easier to move, use and deploy on the battlefield.

It’s a bold move to get rid of all artillery for drones. I’m not saying your wrong it would just be step to far for most militaries. There is no drone that can bring the sheer volume of fire on an area in a short time. Ukraine managed to kill so many units during a recent pontoon bridge crossing by using artillery. The recon guy said he thought this would be where they thought a river crossing would be. They used drones and range finders to work out a kill box. He knew that if a bridge was to be… Read more »

I’m not saying all artillery should be gone.

Artillery fire from Ukrainian bridges can also be achieved with towed artillery.

The reasonable range and relatively low price of the towed artillery would be very advantageous for the continuity of the artillery in the future.

Would the best of both worlds be a truck mounted artillery then? As it get rid of the towing vehicle. The advantages of tracked vehicle would be its off-road performance and its protection over towed and truck mounted? You still have to have the resupply and all that stuff. I had been hearing that shoot and scoot was flavour of the month recently.
I’m not an artillery expert so educated guess at its best. (Some may say uneducated)

Many of fire capability the latest high-performance self-propelled artillery, and the ability to accurately fire within a minute: MRSI It has the advantage of being able to apply precise bombardment per unit time. And the concept of ending the bombardment within one minute and leaving the bombardment area made modern self-propelled artillery an essential element of war. However, the combination of towed guns and drones ; In a situation where the enemy does not have an edge over the drone, No need to worry about counterattack. The need to worry about anti-artillery counter radars and non-radar low-frequency detection devices has… Read more »

Thank you very much for the insight.

It’s so nice to see playing war games whist wars are currently going on…and with the world on the brink of no return…what ‘s left to defend?!

Last edited 2 days ago by me
Reply 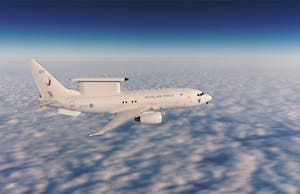 Squadron of British tanks arrive in Poland to deter Russia