“We have been able to begin the recovery of the Argentine Armed Forces, and the respect they deserve, since they are an institution of the democratic system”, said Martinez.

According to local media, when asked more specifically on his comments Martinez said that when he took office he was informed that during the South Atlantic conflict Argentina lost 72 aircraft, but “under Kirchnerism we lost over a hundred planes.”

Military aircraft ceased to operate because of “lack of maintenance, spares, refurbishing and simply because there no funds invested.”

He added that the Cordoba aircraft factory had a staff of 1,500, “and not a single aircraft was built in ten years”.

The last major purchase of aircraft to revamp the Argentine Air Force capacity was back in 1995 when 32 A4AR Sky-hawks were acquired from the United States, for 400 million.

However under the previous Kirchner administrations, the Mirage fighter bombers were decommissioned, and flew for the last time in November 2015.

The problems don’t stop there, their submarine crews despite benefiting from a recent upgrade, need at least 190 days of immersion practice and in 2014 only spent 19 hours submerged. A similar situation is faced by their four destroyers, they don’t have any weaponry.

According to IHS Janes

A recently published daily agenda indicates that the service’s working hours have been significantly reduced, from 0800 to 1300; rationing of food, energy consumption, and office supplies has been directed headquarters staff and property residents; and only the minimum personnel required to staff headquarters, directorates, and commands are working.“

When Barack Obama visited in March 2016, Air Force One was accompanied by US Air Force F-16’s because Argentina could only offer Pucarás and Pampas for air defence. 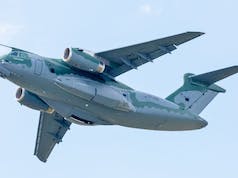 At least their defence minister those his job and sticks up for their nations armed forces. Unlike ours who seems to have no care in our military.

Sr. Martinez at least is willing to tell his party, that the armed forces are insufficiently resourced to discharge their duties. Unlike Mr. Fallon who just nods his head and repeats the party line over and over. While doing nothing about the manpower drain.

If your air force is having to ration food and staff in peacetime it means things are pretty dire. Despite defence minister Julio Martínez’s understandable urgings for increased budgets, that’s not going to happen given the country’s economic state.

“their submarine crews despite benefiting from a recent upgrade, need at least 190 days of immersion practice and in 2014 only spent 19 hours submerged. A similar situation is faced by their four destroyers”