There are currently a significant number of British and American surveillance aircraft in the air over and around Ukraine.

This comes after America joined Britain on Tuesday in accusing Russia of invading Ukraine with tanks spotted rolling into the east of the country. British Prime Minister Boris Johnson also announced an extra package of military support to Ukraine, including lethal aid, in the face of Russia’s “threatening behaviour”.

Surveillance aircraft being over the area isn’t unusual but we are seeing a significant increase in the frequency of the flights over the last few days for obvious reasons.

According to the U.S. Air Force, the E-3 Sentry is an airborne warning and control system, or AWACS, aircraft with an integrated command and control battle management, or C2BM, surveillance, target detection, and tracking platform.

The aircraft provides an accurate, real-time picture of the battlespace to the Joint Air Operations Center.

“AWACS provides situational awareness of friendly, neutral and hostile activity, command and control of an area of responsibility, battle management of theatre forces, all-altitude and all-weather surveillance of the battlespace, and early warning of enemy actions during joint, allied, and coalition operations.”

What does the Global Hawk do?

According to Northrop Grumman, the RQ-4 Global Hawk unmanned aircraft is “the premier provider of persistent intelligence, surveillance and reconnaissance information”. Able to fly at high altitudes for greater than 30 hours, Global Hawk is designed to gather near-real-time, high-resolution imagery of large areas of land in all types of weather – day or night. 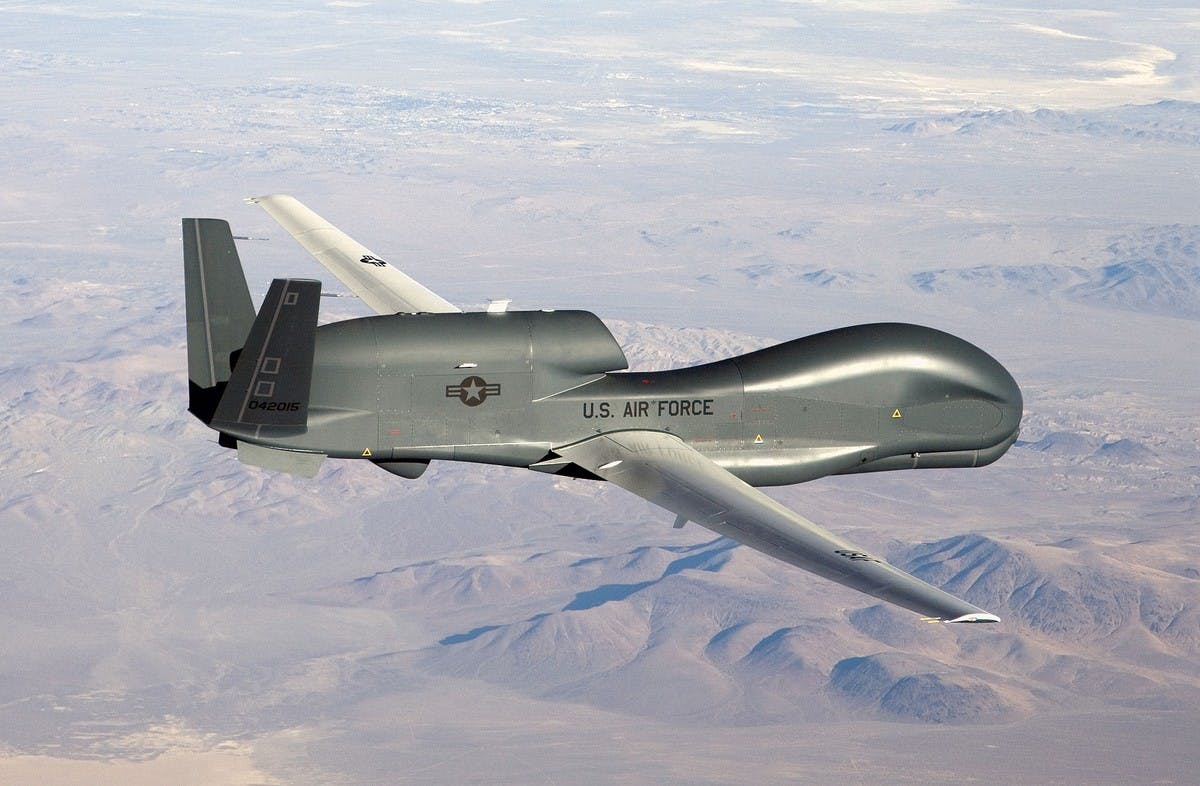 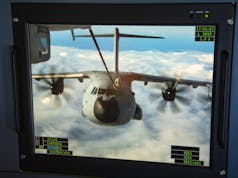 Great to see E3 in the air, looking for Russki aircraft inside Ukraine’s boarder.

Clicked on the Twitter feed of the Forte11 flight path above, boy Ukraine airspace is empty…but look how congested it is over the Russian boarder.

You have to say VERY mixed messages from the UK – because the sanctions regime announced was pathetic; BoJo the clown someohow managed to find 3 of the only Russian thieves who moved their money to somewhere other than the UK. There are HUNDREDs of Russians in the UK laundering their money (and no one in Russia has more than 2 roubles to rub together without Putin’s say so) and not a single penny of their money has been touched – and BoJo knows who they are, he’s played tennis with enough of them at ‘fundraisers’. When the Lib Dems… Read more »

I suspect that the Russian money not being touched is here on behalf of the Russians that have ‘disputes’ with Russia and to hit them would be doing Putin a favour. We also have to be careful to try and not implement sanctions that would have a serious blowback. In effect, as I have said, they are now a busted flush.

The sensor suite of the Global Hawk and the small number purchased as a Nato asset probably mitigates for the loss of Sentinel. Wedgetail is supposed to have similar ground surveillance capability when it arrives. If Russia were to launch a sudden air and missile strike, would they forwarn those Nato assets to vacate? Hitting one by ‘accident’ could spark a war. Keeping constant flights therefore might be a good delaying tactic. If a Russian land offensive can be monitored from range, if Nato provided precise data for counter battery fire by Ukraine artillery for instance? How would Russia react… Read more »

Wedgetail is for air battle-space control.

Daesh used cheap, home made drones to spot the fall of shot for their accurate artillery in Syria. The Ukraine army stabilised a “line of control” – with the Russian separatists occupying about half of both provinces – in 2014-15 using similarly highly accurate shellfire. You can assume the Ukrainians have well camuflaged, mobile batteries and their own means to identify targets and break up Russian/separatist/Wagner attacks. It is possible that the Russians have been reinforcing the separatist regions because they were concerned that the recently re-supplied Ukraine Army was about to launch a pre-emptive strike of its own –… Read more »

We can also assume, with their superior intelligence gathering assets that the Russians know pretty much where the UA is plus that the RuA has overwhelming artillery superiority most of which doesn’t need to enter Donbas.

Where is the evidence that the UA can outfight the DNR/LDR militias and friends. The main reason for the Minsk agreements, that Ukraine fiercely opposed and never implemented, was the associated ceasefires that stopped the Donbas militias overunning the UA after the Debaltseve defeat.

Global Hawk is very good, but I do wonder how far it goes with mitigating the loss of Sentinel – that was an extremely good platform; you can see that it was cut because it was presented on a list with costs beside it for a politician to decide which one goes. I would imagine Global Hawk has reasonable uplink speeds, but I would imagine it is far removed from a manned platform that can direct the data to processing at high speed. An example from the humdrum world of domestic infosec, to test a company’s security the company I worked… Read more »

Hi David. The military do regular ‘Tempest’ checks. I worked at a facility which was 100ft underground. Due to an item of equipment which had been moved away from its original position, and placed next to an unprotected mains cable, the Tempest team was able to sit in the car park above (and near to a lamp post, I believe) and read classified information leaking up through the mains!

Fortunately the good old CRT screens, the bane of Tempest life, are no more. Right at the start of optical fiber we built a widget for incorporating in others equipment to transmit data through the secure wall of Faraday cages.

The UK and US RC135’s are operating well away from Russian and Belorusian borders – but they are flying at over 30,000ft which I guess would enable them to ‘see’ an extremely long distance into their territory.

If they are there now its looks like it will be a busy night for them. The Donbas locals have been told that the cellphone networks are jammed until morning as the Krasuhkas [Russian electronic warfare systems] are working. There are unsubstantiated claims the the RuAF are overhead. It seems like Moscow gave Ukraine 24 hours to decide what to do and Kiev continued shelling Donbas. As of nightfall this evening no significant Russian units had crossed the border but they are now moving in. This is a report from a trusted source in Crimea “The entire Crimea/Ukraine border is… Read more »

Sadly now sounds like a very different story this morning.

Yup, Russia is disabling the Ukraine military. Only questions are how long it takes and what they do next.

Give it a rest with your Putin apologist bot troll behaviour. You still have not condemned a criminal act by a criminal and his mafia head sheds. Your true purpose of justifying a Nazi action is now apparent. And you seem to be very slow now at replying, certainly on more current stories on UKDJ as news comes out of Ukraine. 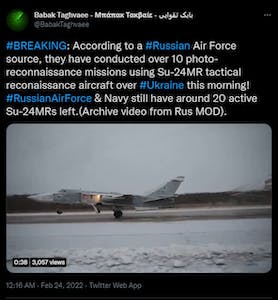 I thought that all NATO trainers were all pulled out last week.

Further to this list, On ADS-B Exchange there was a E-8C JSTARS Orbiting the Ukraine/Poland Border

The Sentinels may have come in handy too. 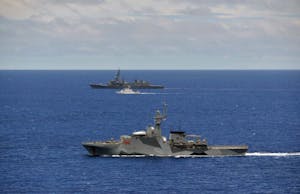 August 10, 2022
The Royal Navy say that HMS Tamar, a River class Offshore Patrol Vessel, has become "the first British warship to visit the fourth smallest country on the planet in nearly 100 years" on an international goodwill mission.