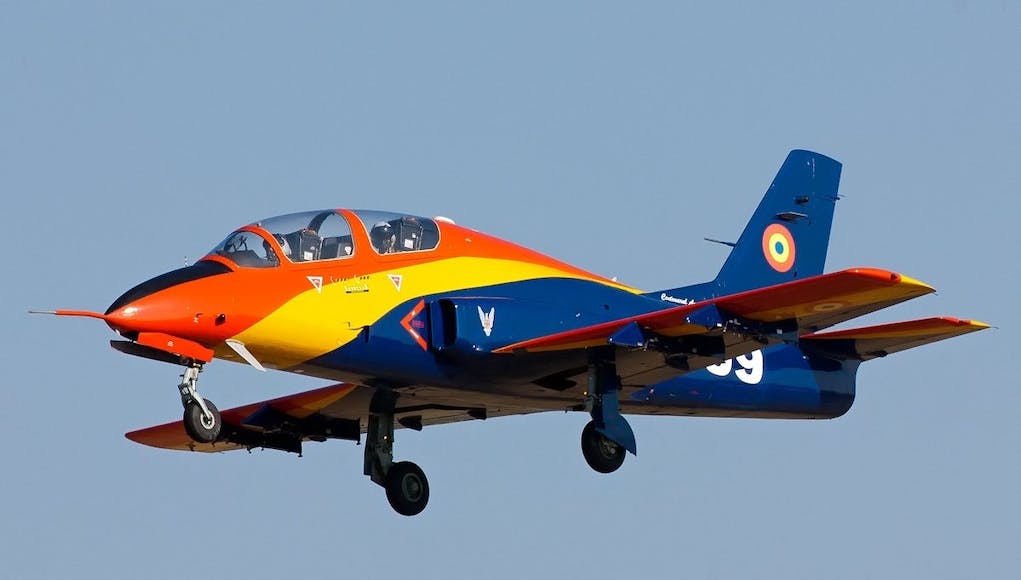 Share
Facebook
Twitter
Pinterest
WhatsApp
Email
Leonardo’s Vixen 500E AESA radar has been procured for Romanias new trainer technology demonstrator programme IAR-99 TD.
The project is based on a Romanian Air Force IAR-99 Soim (prototype no. 7003) which will be modified by INCAS together with aircraft manufacturer Avioane Craiova.
Leonardo has worked with INCAS previously, providing its Seaspray 5000E AESA surveillance radar for INCAS’s special mission BN-2 Islander aircraft. This is currently being used for scientific and environmental monitoring missions.
The company say that they hope that the sale of the Vixen 500E could lead in future to Romania’s fleet of IAR-99s being retrofitted with the new radar as part of a wider upgrade program.
Norman Bone, Managing Director of Leonardo’s Airborne and Space Systems division, said:
“This partnership with INCAS is representative of Leonardo’s open and collaborative approach to meeting the demands of the market. By working together, we are able to better understand, and provide the best solution for, the needs of the Romanian MOD.
Looking to the future, following further work on the IAR-99
Technology Demonstrator, we see further commercial potential outside of Romania and are looking forward to working with INCAS to address this.”
Dr. Catalin Nae, General Manager of INCAS, said:
“It is a dedicated development program towards a new generation trainer we develop at INCAS, as a follow-up on the current IAR-99 Soim in service for the Romanian MoD. IAR-99 TD is a technological demonstrator to fully test and further develop new technologies for advanced trainer, with enhanced sensing and combat capabilities.
The Vixen 500E radar system will bring the capability that we consider critical with respect to the operational environment for our future trainer.”
Paul Brummel CMG, the UK Ambassador to Romania, said:
“I am delighted that Leonardo, a company spearheading British radar technology in Europe, is now a partner of the Romanian Government through INCAS.
The British Embassy looks forward to helping the Romanian Armed Forces achieve its goals of modernisation with the support of other British companies offering cutting-edge technologies.”
Vixen 500E is an active electronically scanned array radar system, meaning that instead of physically pointing the radar’s antenna at its target, a matrix of miniature radar modules are used to steer the beam electronically.
The company say that this technology allows Vixen to combine high performance with reliability and a low cost of ownership, as well as being easy to install and operate. The prototype aircraft with the radar on-board is expected to be ready for testing by the end of 2017.

Guest
Barry Larking
You can flag a comment by clicking its flag icon. Website admin will know that you reported it. Admins may or may not choose to remove the comment or block the author. And please don't worry, your report will be anonymous.

Guest
Mr Bell
You can flag a comment by clicking its flag icon. Website admin will know that you reported it. Admins may or may not choose to remove the comment or block the author. And please don't worry, your report will be anonymous.

BAE to develop ‘advanced decoy countermeasures’ for US Navy