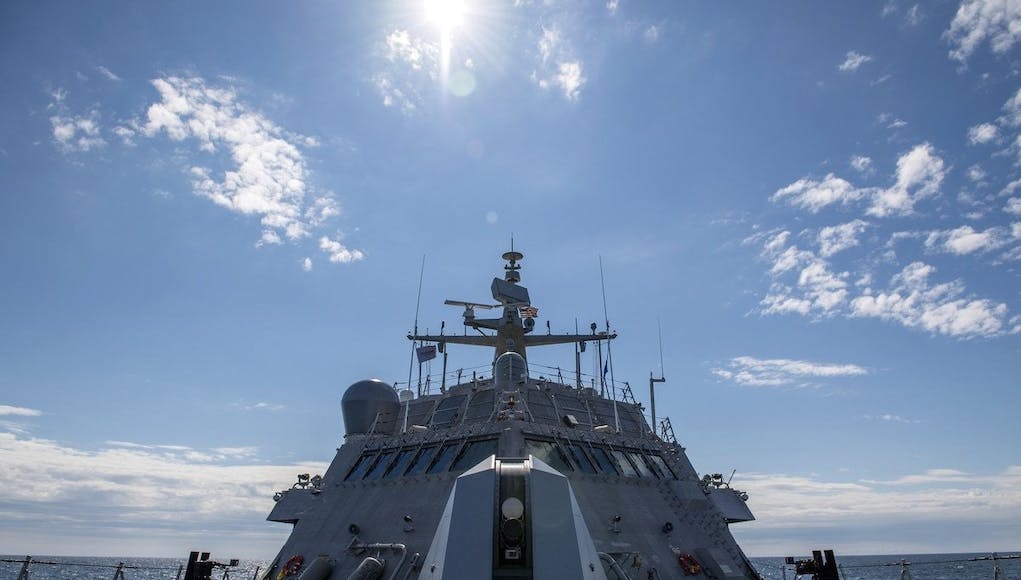 The ship’s sea trials were completed in Lake Michigan after a successful set of demonstrations which saw the fifth LCS 9 hit speeds over 40 knots.

“The Freedom-variant LCS plays a critical role in the U.S. Navy’s fleet, and we are committed to getting Little Rock and her highly capable sister ships into combatant commanders’ hands as quickly as possible,” said Joe North, vice president of Littoral Ships and Systems. “These are complex vessels, and I’m proud of our workforce, who have the knowledge and expertise it takes to design, build and test these American warships.”

Sea trials are designed to test the ship’s performance under a variety of operating conditions. During the builder’s trials, the industry team successfully demonstrated reliability and performance improvements on the ship’s propulsion system. All future Freedom-variant Littoral Combat Ships will incorporate these improvements.

The Lockheed Martin-led team is now preparing Little Rock for acceptance trials in the coming weeks, when the U.S. Navy’s Board of Inspection and Survey (INSURV) will conduct inspections and witness final demonstrations before the ship is delivered to the Navy this year.

The company say it is on track to complete sea trials for LCS 9 and LCS 11 this year and deliver each ship shortly thereafter. The remaining hulls under contract will be delivered to the U.S. Navy at a rate of two ships per year.

How long until it breaks down?

The first time it hits anything more robust than seaweed.

Also worth noting how long these useless things take to get built.
4 years for just this hull.

Why useless? These seem to be what the River class should have been. Decent navy gun with self defence abilities and fast. A little expensive though it seems.

You have answered yourself. From the point of view of the USN these are little more than overpriced patrol ships. That Congress decided it could get away with building without a real missile armament. To replace the venerable Perry-class on the cheap. Where the Perry’s were durable beyond what was intended (USS Stark was hit by 2 Exocet missiles and returned to port after temporary repairs on her own power). The LCS class has demonstrated an ability to breakdown during maiden deployments. Now after building dozens of the the things the USN has finally got approval to stop building them… Read more »

Steve, these were billed for years as the future of the US navy’s surface combat capability.

In reality, they are two completely separate classes of ship, with zero commonality that can perform no mission but “patrol”, have been acknowledged as being completely unsurvivable in even the lightest combat situations and cost $700m each while maintenance costs are 90% that of a Burke class.

They have been a scandal since day-1

July 27, 2021
The location and status of Britain's F-35 fleet has been listed by the Ministry of Defence.