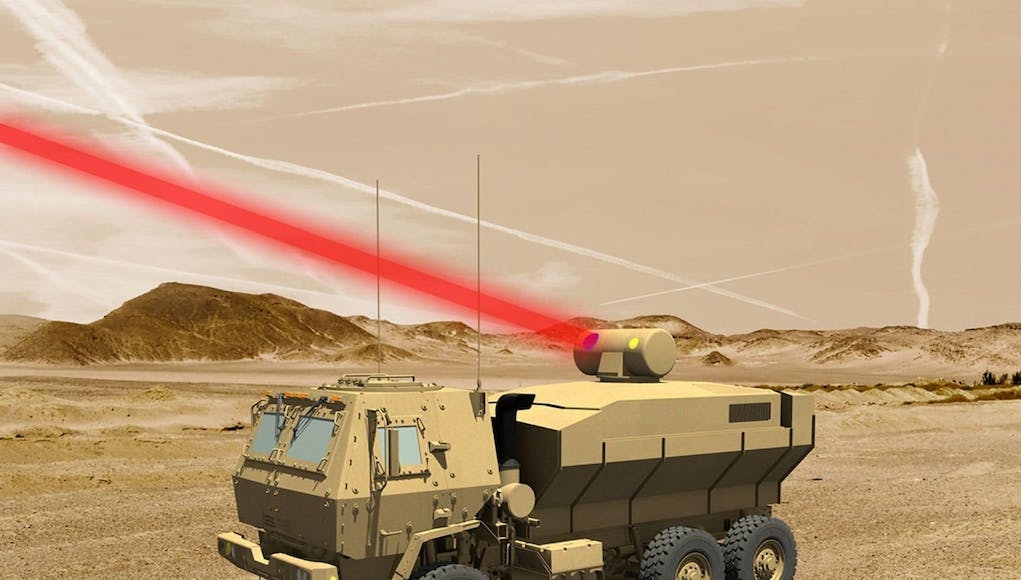 The ‘Beam Combined Fibre Laser’ is the most powerful laser of its type yet demonstrated.

Lockheed Martin has completed the design, development and demonstration of a 60 kW-class beam for the US Army.

In testing earlier this year, the Lockheed Martin system produced a single beam of 58 kW, representing a world record for a system of this type. The Lockheed Martin team met all contractual deliverables for the system and is preparing to ship it to the US Army Space and Missile Defense Command/Army Forces Strategic Command in Huntsville, Ala.

“Delivery of this represents an important milestone along the path to fielding a practical laser weapon system,” said Paula Hartley, vice president, Owego, New York general manager and Advanced Product Solutions within Lockheed Martin’s Cyber, Ships & Advanced Technologies line of business. “This milestone could not have been achieved without close partnership between the U.S. Army and Lockheed Martin; we are pleased to be able to deliver this system for their further integration and evaluation.”

The company say that this allows for a scalable system that can be made more powerful by adding more fibre laser subunits.

The weapon is based on a design developed under the Department of Defense’s Robust Electric Laser Initiative Program, and further developed through investments by Lockheed Martin and the U.S. Army into a 60kW-class system.

“The inherent scalability of this beam combined laser system has allowed us to build the first 60kW-class fiber laser for the U.S. Army,” said Robert Afzal, Ph.D., senior fellow for Laser and Sensor Systems. “We have shown that a powerful directed energy laser is now sufficiently light-weight, low volume and reliable enough to be deployed on tactical vehicles for defensive applications on land, at sea and in the air.”

Laser weapons provide a complement to traditional kinetic weapons in the battlefield. In the future it is widely believed that they will offer reliable protection against threats such as swarms of drones or large numbers of rockets and mortars.

Maybe the UK MOD can gather all the idiots from around the country who think it is clever to fire laser pointers at the pilots of civilian airliners, police helicopters and air ambulances and make them stand in a hudle at vulnerable UK sites around the globe and collectively aim at incoming mortars and rockets. A Blue Peter solution to an increasing problem as HMG seems to be increasing the burden on our troops while hacking away at numbers and capability.