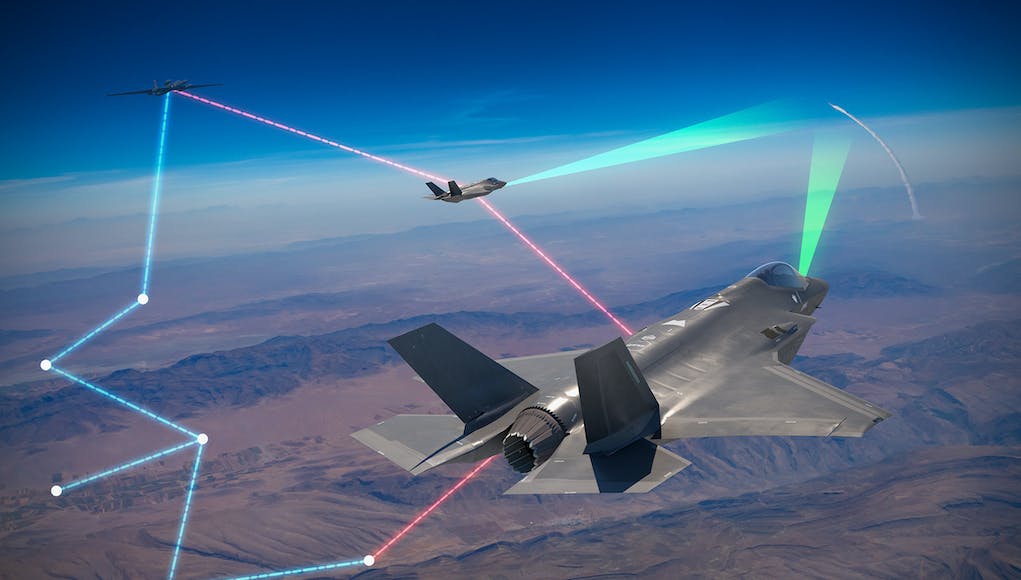 Lockheed Martin, the Missile Defense Agency and the U.S. Air Force successfully connected an F-35, U-2 and a ground station in a test demonstrating multi-domain operations, say the firm.

During the demonstration, called Project Riot, an F-35 detected a long-range missile launch with its onboard sensors and shared the information through the U-2 to the air defense commander on the ground, enabling the commander to quickly make the decision to target the threat.

“This next-level connectivity reduces the data-to-decision timeline from minutes to seconds, which is critical in fighting today’s adversaries and advanced threats.

In partnership with the Air Force Life Cycle Management Center at Hanscom Air Force Base, Massachusetts, and the Missile Defense Agency, Skunk Works’ Project Riot builds on a series of open systems architecture demonstrations proving how incremental increases in capability can be rapidly fielded to enable a connected network across air, ground, sea, space and cyber domains.”

“The F-35, with its advanced sensors and connectivity, is able to gather and seamlessly share critical information enabling the joint force to be safer and more effective,” said Greg Ulmer, Lockheed Martin vice president and general manager for the F-35 program.

“No other fighter jet in the world has this capability – and this test was a critical step on the path to unlocking its full potential for multi-domain operations.”

This seems like the perfect role for the Airbus Zephyr as a communications relay station. I am not sure if the Zephyr could carry and power the multi-function advanced data link system, let alone a link 16 system.
It would be a waste of an asset to use something like a U2 full time, but it shows that if your communications satellites are removed, there is still a method of sending back the data. Something larger than but along the same lines as the Zephyr would be needed I’d expect.

Roke Manor Research were contracted back in 2015 to develop the datalink for the RAF’s Zephyrs – its a beamforming system that sends to 4G mobile networks, although its designed to send imagery to a ground station. The payload projects being funded by CDE for Zephyr are ultralight optical sensors, a synthetic aperture radar imager, an infra-red sensor, a multi-function lidar, a proof-of-concept foliage dispersing radar – to detect slow moving targets in forests – called Simitar which uses a towed array. https://www.flightglobal.com/news/articles/uk-discloses-zephyr-suited-payload-investment-424466/

Nice, cheers for the link James. It’s good to see that there’s more to Zephyr than meets the eye.

I am a major novice when it comes to these topics, but I have a budding interest in air defense systems, so please excuse my ignorance.

Why can’t the F35 just communicate directly with the base station? Why does it need to relay the communication through a U2?

Strange that I mentioned this a short while ago, about intelligent tracking/targeting, speeding up the weapons selection and release on the Team Tempest Program.
The human in the middle was probably becoming a bottleneck in the system.

Wouldn’t the F22 also have a capabilty like this?

At the moment the F22 only has Link-16, it is expected top get the multi-function advanced data link (MADL) like the F35’s next year.