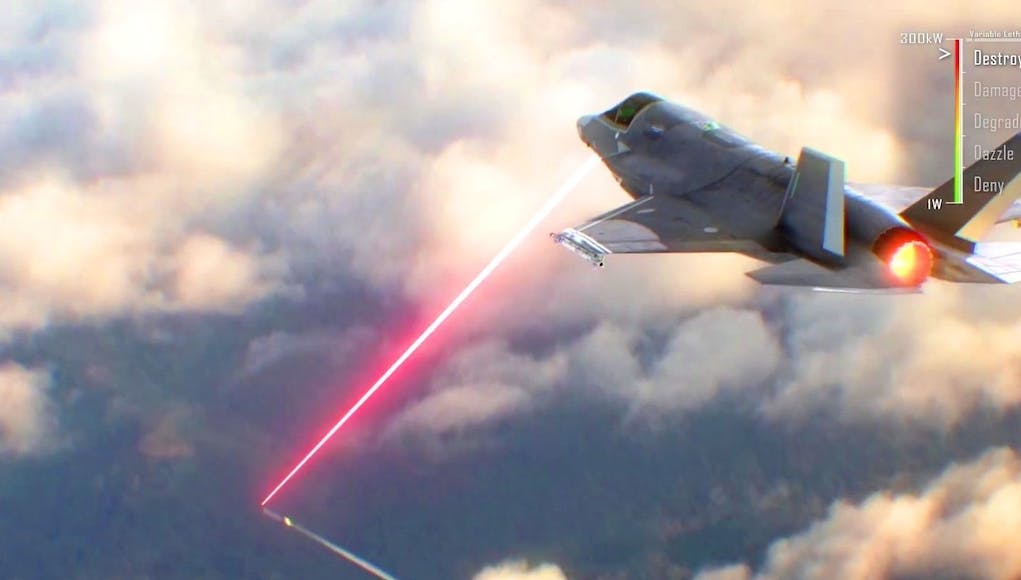 ATHENA employed advanced beam control technology and an efficient fiber laser in this latest series of tests of the prototype system. Click here to see a video of the testing.

“The tests at White Sands against aerial targets validated our lethality models and replicated the results we’ve seen against static targets at our own test range,” said Keoki Jackson, Lockheed Martin’s Chief Technology Officer. “As we mature the technology behind laser weapon systems, we’re making the entire system more effective and moving closer to a laser weapon that will provide greater protection to our warfighters by taking on more sophisticated threats from a longer range.”

Lockheed Martin partnered with Army Space and Missile Defense Command on a cooperative research and development agreement to test ATHENA.

According to a press statement:

“The system defeated airborne targets in flight by causing loss of control and structural failure. Lockheed Martin and the Army will conduct post mission reviews, and data collected will be used to further refine the system, improve model predictions and inform development of future laser systems.

ATHENA is a transportable, ground-based system that serves as a low-cost test bed for demonstrating technologies required for military use of laser weapon systems. Lockheed Martin funded ATHENA’s development with research and development investments. It uses the company’s 30-kilowatt Accelerated Laser Demonstration Initiative (ALADIN) that provides great efficiency and lethality in a design that scales to higher power levels. ATHENA is powered by a compact Rolls-Royce turbo generator.”

Lockheed Martin is positioning laser weapon systems for success on the battlefield because of their speed and low cost per engagement.

I love the acronyms they think up for these things – 20% of the development budget must be people sitting around a table thinking them up.

I propose any British energy weapons be called Rita, Sue and Bob2.

I am afraid it is too late. They already conducted a year long naming study and decided on DragonFire. Also in order to fund the study they decided to sacrifice one of the type 31 frigates.

Obviously sarcasm, but in all truthfulness that is how funding normally works for the MOD.

To be fair though, the UK just close fancy names. Has to be cheaper than justifying an acronym ?

There is a basic misunderstanding about the potential of lasers as CIWS ship defence. Light travels in straight lines. On a ship this limits the engagement range to about 7 miles. There would only be 11 seconds to detect, warm up the laser, track,fire and keep a pencil thick beam on a Bhramos travelling at Mach 3. Even if the incoming is detected at 100 miles a laser cannot engage until the vampire was over the horizon.

“The tests at White Sands…”

So the test was at a couple of thousand feet altitude in the dry clear desert air of New Mexico.

Now try it at sea level in moisture laden air where the IR/UV propagation windows have the most detrimental effect on a laser and see what the results are.

Very good,sensible and intelligent remarks by Gunbuster and Mr. Hampson.

Lets use photon torpeadoes and phase cannons instead.

(sorry, its been a long weekend and I nees the levity).