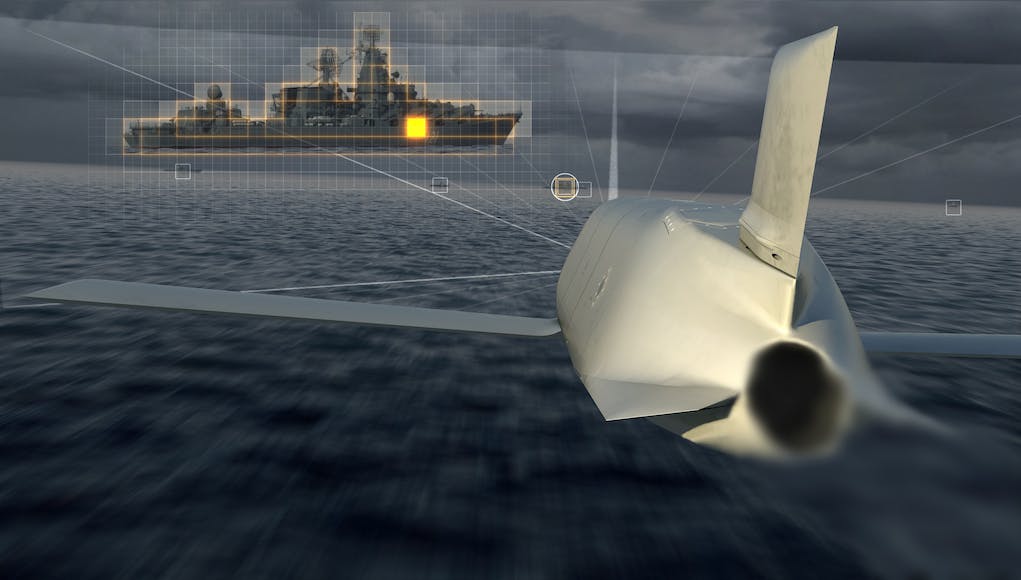 Lockheed Martin are eager to have their Long Range Anti-Ship Missile fitted to Royal Navy Frigates.

The Long Range Anti-Ship Missile (LRASM) is a stealthy anti-ship cruise missile under development for the US Navy. The LRASM is intended as a replacement for the Harpoon, which has been in service since 1977. The Type 26 will feature a 24 cell MK 41 VLS positioned behind the Sea Ceptor silos. It is expected to a yet unannounced anti-ship missile, lending to speculation that LRASM is the favourite.

Unlike current anti-ship missiles the LRASM is expected to be capable of conducting autonomous targeting, relying on on-board targeting systems to independently acquire the target without the presence of prior, precision intelligence, or supporting services like Global Positioning Satellite navigation and data-links. These capabilities will enable positive target identification, precision engagement of moving ships and establishing of initial target cueing in extremely hostile environment. The missile will be designed with counter-countermeasures to evade hostile active defense systems

Some naval advisors have proposed increasing the LRASM’s capabilities to serve dual functions as a ship-based land attack weapon in addition to anti-ship roles. By reducing the size of its 1,000 lb (450 kg) warhead to increase range from some 300 mi (480 km) to 1,000 mi (1,600 km), the missile would still be powerful enough destroy or disable warships while having the reach to hit inland targets.

The RN needs a weapon of this type, for once I hope we get enough of them to equip all of our T26 frigates.

The enhanced version of that would be ideal. The ability to hit land and sea targets makes our frigates highly versatile ships.

Fingers crossed. It seems a good fit for Type 26 and 31

Indeed, they are developing a canister round launch system.

This would do us until perseus comes along. Having both would be awesome. I still think Tomahawk IV with the anti ship upgrade would be a good asset as well now. 1000 mile range with big warhead. Awesome. However the idea of reducing thisnmissile warhead for extra range is interesting to get a 1000 miles out of it could be a winner as long as enough punch is still there. If so that would be the way to go.

Hope this comes off, sounds like it would make the Type 26 a formidable weapons platform.

There must be a case of getting this onto the T31 as well.

Having a squadron of T31’s roaming the China Sea with 1,000 mile range anti-ship missiles would put the willies up the PLAN!

At the very least T31 should be fitted for but not with, so they can ramp up the capability should it be required.

If they want most of the T31s to operate east of Suez then they *must* have the above AND something like Aster 15s at the very least. While they may operate in a joint fleet with, say, India or Japan or Australia we have to assume that there could be another “force z” scenario where a British task force gets caught out in the open by superior opposing aerial and naval forces.

If these Chinese Cutters continuous to harass Filipino fisherman , maybe U.S. can communicate with them by firing few shots on the BOW.

It only as a medium gun, small caliber guns and aster missiles. Four units have harpoon canisters in front of the bridge but this is temporary.

what will they get in the future then

Agreed great. Idea of the global type 26 ,perhaps the type 31 might still be up to the extra cash as well

Chris Kirk what do you think of this?, looking good!

There is provision to install a row of Mk41 VLS on type 45 behind existing sea viper silos so LRASM could be fitted to Type 26 and 45 in VLS mode. Venator 110 proposal for Type 31 has Mk 41 VLS and a Canister launch system is also under development so in theory can be fitted to Type 23 as well!