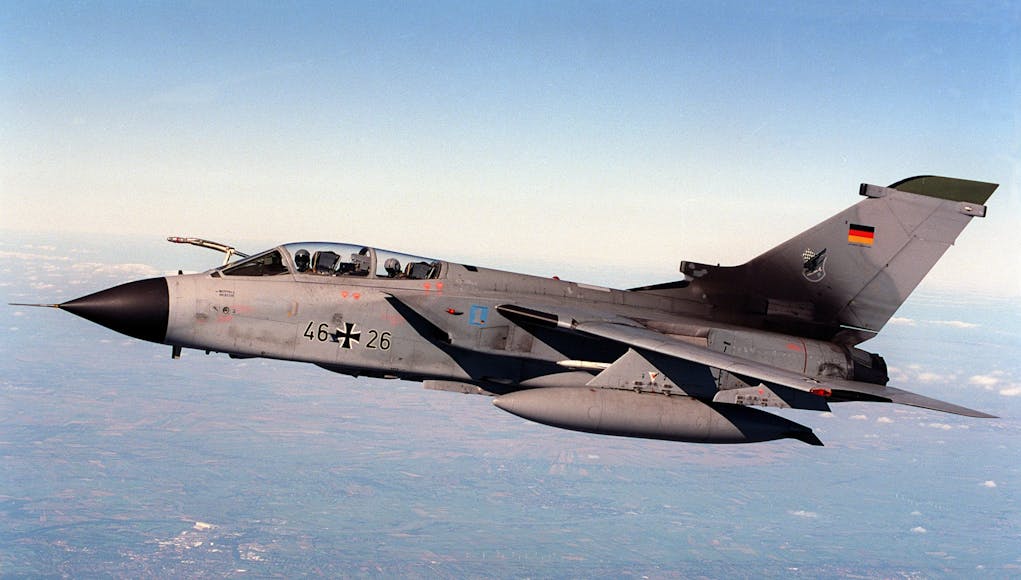 A German Air Force squadron operating out of RAF Leeming is using the Joint Warrior exercise to test its Tornado pilots.

Tactical Air Force Wing 51 ‘Immelmann’, named in honour of German flying ace Max Immelmann, was deployed to the UK as part of Exercise Joint Warrior. Joint Warrior is one of the largest multinational exercises of its kind in Europe and largely takes place off the coast of Scotland featuring ships, aircraft and land units of all types from many nations.

The wing operates 25 Tornado aircraft in the tactical reconnaissance role and has two reconnaissance ground stations that can be deployed on overseas operations.

It has proven to be the perfect opportunity for the German aircrew to be assessed on their full operational capability following a reorganisation of the German Air Force, in which the role of Tactical Air Force Wing 51 became tactical reconnaissance.

“We have mainly been working with RAF Spadeadam in the suppression of surface to air missiles. We have also worked with Forward Air Controllers from several nations and done some low level flying. All of the aircrew are going through their tactical evaluations so this suits us very well. It has been quite a challenge for some of the younger guys. We are all working to NATO standards and aircrew need to speak English to a certain level – which makes it much easier to exchange information.”

The Tornado is a swing wing strike aircraft jointly developed and manufactured by Italy, the United Kingdom, and Germany. The Tornado was used by the Royal Air Force , Italian Air Force and Royal Saudi AF during the 1991 Gulf War, in which the Tornado conducted many low altitude strike missions. The Tornados of various operators were also used in conflicts in the former Yugoslavia during the Bosnian War and Kosovo War, the Iraq War, Libya during the Libyan civil war, as well as smaller roles in Afghanistan and Yemen. Including all variants, 992 aircraft were built.

Really good to see frontline fighter jets, (Especially with it been Tornado’s) flying out of RAF Leeming once again even though it’s the Germans this time around and only for a short period of time.

Hope they don’t bomb our chippie.

Good to see Tornados back at Leeming.

I used to live at RAF Leeming in 1954, they flew Vampires and Meteors.