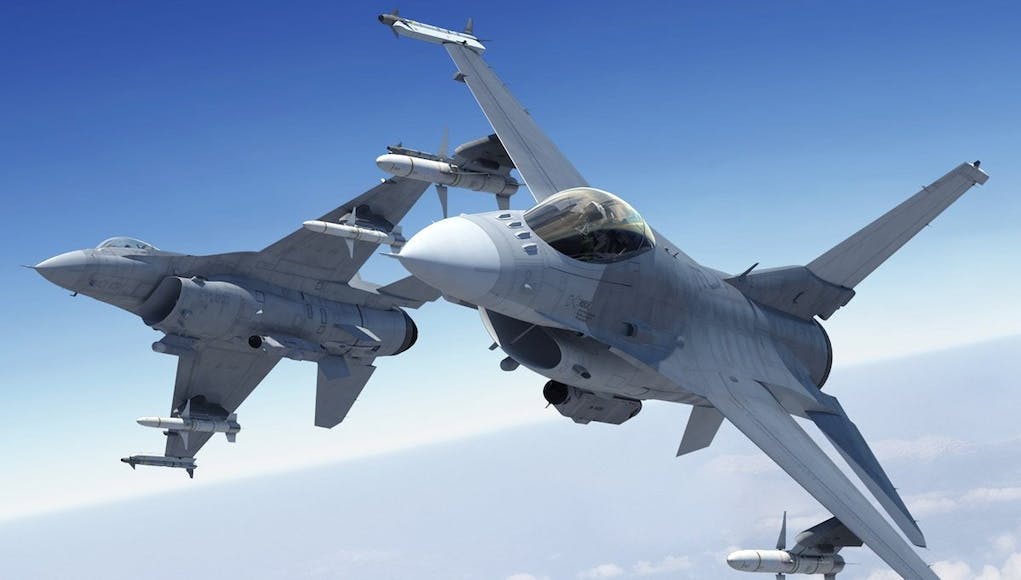 NORAD plans to conduct ‘Falcon Virgo’, a routine air defence exercise, until the 26th of January.

NORAD add that some portions of the exercise could involve flights at approximately 2,500 feet and may be visible from the ground.

“Falcon Virgo is a recurring exercise in support of Operation NOBLE EAGLE, which places emphasis on the surveillance and control of airspace over Canada and the United States. The defense of North America is NORAD’s top priority and NORAD remains on alert around the clock, every day.

This exercise is a part of NORAD’s routine training program. For more than 60 years, NORAD aircraft have identified and intercepted potential air threats to North America in the execution of its aerospace warning and aerospace control missions, and maintain a watchful eye over Canadian and U.S. internal waterways and maritime approaches under its maritime warning mission.”

NORAD routinely conducts exercises with a variety of scenarios, including airspace restriction violations, hijackings and responses to unknown aircraft.

Sounds like part of Joe Biden’s security operation for his inauguration and the immediate aftermath.

What in the DCS still is that header image

After 911 how could the storming of the Capital be so easy? I bet there are a number of terror groups who are now kicking themselves, knowing just how exposed the Senate was. You couldn’t write this stuff as fiction!

I’ve always thought that ‘Proud Boys’ sounds like a gay bar! I wonder if anyone has mentioned it to them?

the bare chested guy with the fur, horned hat could have fitted in to a number of interesting sessions. The mind boggles!

So true! These right wing militia groups look more and more like the village people, only with AR 15s!

Well Rob, Donald has been doing some moves to Village people tracks….I’m not sure what the message is behind that?

I’m not so sure the whole spectacle at Capitol Hill was as clear cut as it seemed. Almost certainly there will have been agitators present whose sole intent would have been to perpetrate and encourage violence. For example John Earle Sullivan who is a documented Antifa member and was arrested for being within the building encouraging protesters to violence . His claim he was only there to “document” the protest went out the window as he was caught on film and exposed. It’s an age old trick persons deliberately inserted at protests to stir and cause violence making the bulk… Read more »

I think if you look at the footage this so called John Earle Sullivan might be the only one its clear trumpski’s nutter brigade were the instigators, dont give poster dan more ideas, he is easily influenced enough with far right wing conspiracies.

Seems like you are a prime candidate for conspiracy theories! Strange that you seem to be following a BBC report….surely it must be fake news 🙂 Presumably all the people that have been arrested are wicked socialists. The trouble is Paxo they aren’t!

Now now Herodotus I certainly won’t be falling out with you over The news . I’m sure you are aware different organisations love to slant. I never said all of them were the nasty lefty brigade . Im Sure many of them are from the opposite side of the fence. It’s a pity the Marxist mob in here aren’t able to think clearly if they wish to believe everything all the time everywhere is above board and nobody is up to dirty tricks then that’s up to them they remind me of the flat earthers impossible to reason with?. Anyhoos… Read more »

I don’t think the protestors expected to make it as far as they did. That building will have multiple layers of security and physical barriers to protect politicians from would be suicide bombers and John Rambo’s from entering and taking out politicians. They never should have made it passed the gate/main entrance without having a physical barrier they could not get passed without extreme use of force. Security stepped back and gave them access to parts building that they wanted. If I wore a tinfoil hat I would suggest they where let in deliberately because the establishment wanted to cause… Read more »

I think it is more a case of under-estimating the mob! Most observers were left stunned by the events….they simply didn’t think it would go that far. In fairness, I don’t think most of the protesters thought it would either!

did you see the NYT footage? Very lengthy, expansive and spontaneous. Literally 100s caught on camera, and many by voice. It may be they’re not all right wing agitators – but lets face it, if you’re wearing a MAGA hat, waving the confederate flag or wearing Trump 2020 paraphernalia you’re probably not a liberal are you. I think any Antifa people would have been quickly identified after the Portland fottage…

I’ve seen lots of footage man , including cops lifting barriers and protesters just casually walking through. Seriously if you don’t think it would be easy For someone from Antifa to put a confederate flag t shirt , maga hat and shout trump repeatedly before rioting then I’m afraid there’s nothing more I can say. You may have heard of WW2 it started on the premise of some Polish speaking German soldiers dressed as Poles attacking a radio station on the German Poland border . This false flag op was fed to the population via the airwaves and newspaper I… Read more »

Wouldn’t have occurred at all if he simply accepted (after all the legal challenges failed) that he had lost. Whoever the agitators were is simply lost in his rhetoric…

You seem a little confused Paxo as to the origins of WW2…perhaps you should read the article on critical thinking that Rob posted! If you came out with that sort of silly assertion as an A level answer, it would simply be ignored. It is rather laughable how the ‘dodgy’ right are transfixed by the Nazis – though hardly surprising!

Well aware of the whole background to WW2 , what I stated is factually correct “operation Himmler” 1939 was one of the justifications used by Germany to invade Poland ala the beginning of the war. Not really sure why you don’t want to accept historical fact? Maybe you ascribe to some looney leftist version ? Been watching too much man in the high castle ?ye wee dafty ? Unlike you judging by your text book shitey reply I was taught to think and not just accept everything Thats spoon fed. You stick with your bbc shite son ? Anyhoos Britain… Read more »

The problem is the lack of clarity in your statement….as if the the start of WW2 was predicated on a propaganda exercise carried out by the Nazi state? You are correct in asserting that it as an example of propaganda….but, I am sure that Julian, and other readers, understand the nature of propaganda and that it is advisable to maintain a certain level of scepticism. Like many conspiracy theory advocates, you place too much emphasis on alternative arguments, no matter how off key they are. Often, such behaviour is a way of attracting attention or making oneself more interesting! If… Read more »

Listen man i’ll Try simplify as you don’t seem to be the brightest sort. My original post as is in black and white and does not say anything remotely far out it simply alluded to the fact that 1- things aren’t always as they seem History confirms this as being entirely possible 2- the narrative being rammed home by the MSM and lapped up by sheep like yourself is that an out of control right wing mob of Trump supporters burned down Capitol Hill – I simply pointed out that this MAY not be as its being spun as highly… Read more »

You seem a little exercised old chap! So, things aren’t always as they seem History confirms this as being entirely possible’….. well dang me! Even A J Ayer would genuflect before such a profound statement. I think we have arrived at that trousers down and nose painted red moment 🙂

Oh please. As someone who loves America I can tell you that these kind of posts are doing the Great Republic nothing but harm. Look everyone knows these people were Trumpist’s (right wing enough) infiltrated by loon right wing groups, nothing to do with the left. Face facts!

No no of course nothing is ever anything to do with the left , the BLM and Antifa riots across half the states absolutely nothing to do with them infact no leftist mob has engaged in violence on US soil at any time ? hmmmm oh wait ………..

Let’s be clear The extreme left is as bad as the extreme right neither is a good thing that’s a fact.

I’m not saying that left wing loons are any better than right wing loons. Look the thing is these people were clearly rightist fruit loops. Leftists don’t go around carrying Confederate flags and trying to capture Democrats politicians. If you believe something different then your self affirmation system is out of control. May I request you watch this then reconsider:

Hopefully Biden can pull our ally together and the USA can regain it’s mojo.

We shall simply have to respectfully disagree but that’s ok man debate is good censorship is bad ???????????

Sole long time no hear been a wee while since you put the gloves on with me ?

? it has, you used to be worth having a few rounds with but blaming what happened in DC as some kind of leftist false flag, that puts you in the far right apologist, tin foil hat brigade, and that’s usually too easy for me mate.

Would be like going 12 rounds with Mr Bean, not worth my time or effort.

? ha ha I never blamed anyone I simply pointed out the whole narrative wasn’t as clear cut as the fake leftist media narrative would have you believe but that’s standard these days.

Unlikely you would make it out of round 1 though as lefties usually can’t fight ?

But can you imagine being the man who has to sleep at night knowing he lost to dementia Joe….how will he ever cope…lol