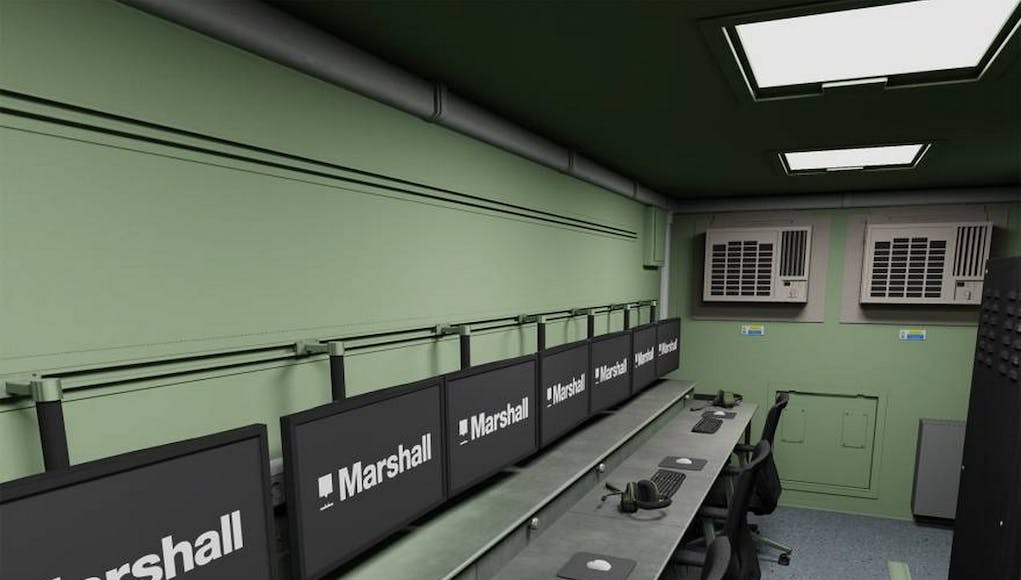 Marshall Aerospace and Defence Group has launched a new standardised and reconfigurable Matrix Container system to speed up the availability of operational support units.

The company has developed its deployable standardised Matrix Container system with ready-installed C-rail that can be rapidly fitted with a range of standardised equipment in a variety of configurations.

Marshall’s Matrix Containers allow equipment to be fitted to the container walls, ceiling and floor and give users the flexibility to rapidly change and reconfigure the container.

It means that the same container could be rapidly reconfigured, for example from a warehouse unit into a communications station or laboratory unit, depending on operational needs.

“The world’s armed forces are on constant standby for a number of diverse operations, and we wanted to ensure they could be ready for critical situations, with relevant and rapidly-available equipment.

We have developed this innovative solution so that customers can rapidly reconfigure containers for their needs, in a quicker and more cost effective way, so they can have equipment they can rapidly adapt to a variety of deployment scenarios.”

Marshall has a long history of supplying its containerised systems for a variety of applications, including Staff Working Environments, Ground Control Stations, Workshops, Warehousing and CT Scanners, many of which are deployed by British and international armed forces around the world.

Are these the containers that will be deployed on types 26 and 31? I think both have space under the landing decks for quite a few of these.

Whilst not headline-grabbing, these ‘complements to operations’ could well be regarded as the initial level inheritors of the Mulberry tradition.

Are they FFBNW or come with optional CIWS?

ACRONYMS!!! I HATE EM! what are you on about?

Andy….! Fitted For But Not With. And Phalanx CIWS.

Driving Force – A Unique insight into the world of a...