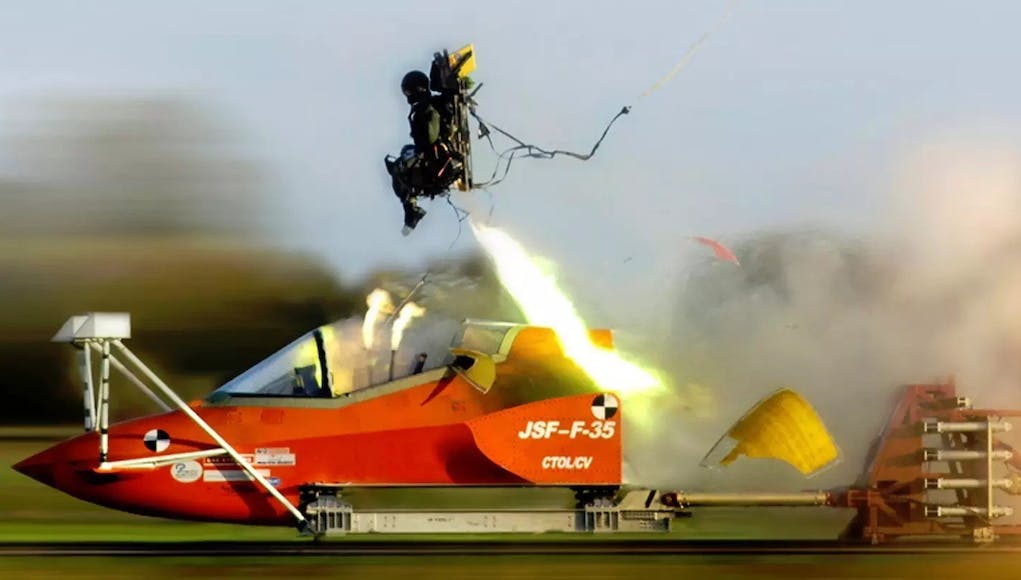 Work will be performed in the United Kingdom (85 percent); and Hollister, California (15 percent), and will be completed by February 2020.

According to the contract notice:

So, no one elze was in the running.

“… One source was solicited for this non-competitive requirement and one offer was received in response to the solicitation.”

What about the actual seats?

It states in the article above “used in the Martin-Baker ejection seat in F-35 aircraft”.