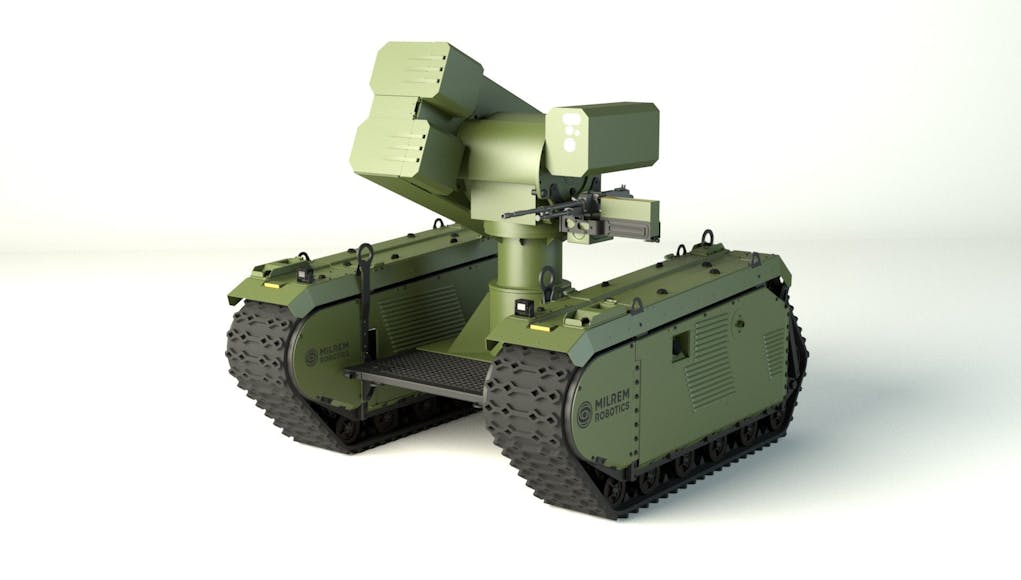 The debut of the system’s concept comes only eight months after Milrem Robotics and MBDA announced the start of feasibility studies of the system, say the firms. 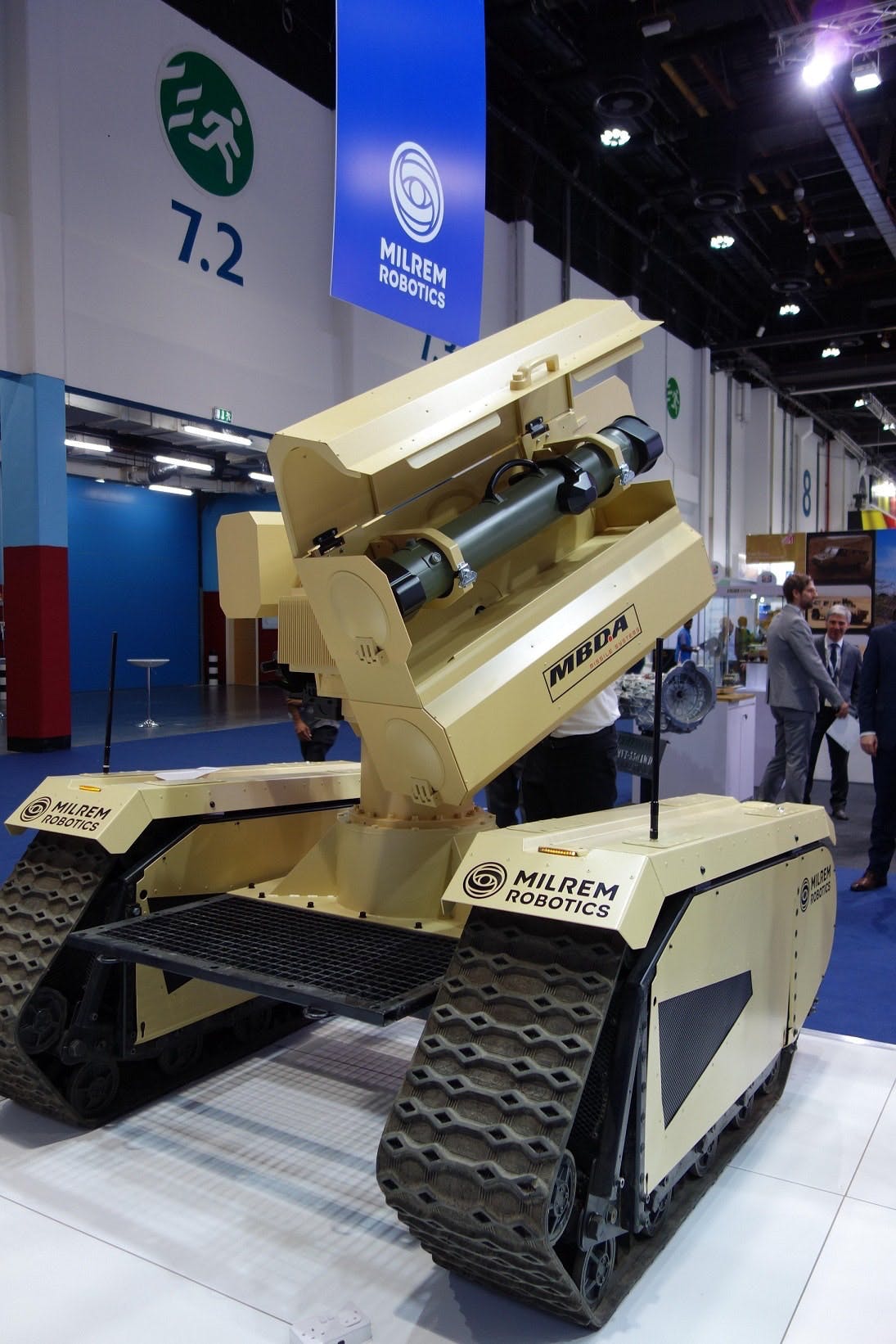 “This combination of two of the most modern technologies in their field is a very good example how robotic warfare systems will bring disruption to the battlefield and make some traditional technologies obsolete,” said Kuldar Väärsi, CEO of Milrem Robotics in a release.

“Our unmanned land combat system under study together with MBDA will be very efficient in keeping our troops safe and significantly increasing the capability to fight main battle tanks as well as any other ground target,” Väärsi added.

The land combat warfare system is intended to be remotely operated. Soldiers can deploy it while remaining at a safe distance and using a wireless or a tethered connection. The system will have a low heat and noise signature so it can stay unnoticed until completing its mission, say MBDA.

“Being delivered to the French Army since the end of 2017, the MMP system is now deployed by the French forces in theatre, where it replaces the Milan and Javelin missiles. With fully digitalized functions of observation, targeting, positioning and guidance, the MMP system is perfectly suited for integration on vehicles, including remotely operated ones” said Francis Bordachar, Military Advisor Land Products at MBDA.

I hope our lack of tank numbers in the UK was always because of future anti tank equipment and hardware like this that would be equipping the British millitary. But I doubt it.

Systems like this could be a survivable (operator survivable anyway) answer to Russian armour for the Balkan nations. Current solutions (Javelin Teams or other standard ATGM solutions) don’t give the teams manning them much chance of living to fire a second or third round given Russian counter-battery expertise!

Agreed, any anti-tank defence that these nations have is mostly sacrificial, it would be ideal to replace these people with more effective unmanned systems. This could buy enough time for bigger nations to bring in the heavy armour.

If they can be produced at a fraction of the price its easy to see how unmanned vehicles are the future. No expensive protection systems for the crew, cheap and easy to manufacture, easily scalable. You could produce over 100 of them for the cost of a single tank. Their main downfall is range and jamming but if that can be figured out it would be a game changer.

“The Rise of the Machines”
Pretty soon, the Human race will resemble Hollywood’s view of the future in virtually every respect.

Biggest risk that tanks and other manned vehicles have is they take a fair while to cool down and therefore are IR targets. An unmanned vehicle could sit waiting for days in a semi active mode, giving off no heat or almost no heat, which could make tactical decisions interesting, especially if they could find a way to air drop them into place.

You need to remember this is simply the first generation of UGVs. When the first tanks were deployed, they had a lot of disadvantages compared to traditional cavalry, but the advantages outweighed them. Investment, expensive, and innovation saw tanks overcome many of those disadvantages. The same will happen with robots like this.

To actually answer your questions: better in circumstances where there’s not a lot of cover or high ground for infantry, but worse in built up areas where they’re as limited as any other vehicle.

They will require a command signal to activate or a continuous transmission of commands to be controlled. So they could have their position located by any signals section then get shelled by artillery.

I understand that there is a human in the loop, but still, this stuff makes me nervous.

Dropped by parachute or coming off a boat\ship in good numbers
And they come in different versions I believe?

I think this has potential as they say.

Cool and stuff, but why world’s first?

My concern is just how secure are all the current & planned drones?

They arent going to leave it unattended in the car park over night, are they?
The TOG got the shape right didn’t they?

Surely the answer to any ground based UGV, is to improve Airwave scrambling technologies.

You can’t have lots of these on a teather / hardlink, it just wouldn’t work.