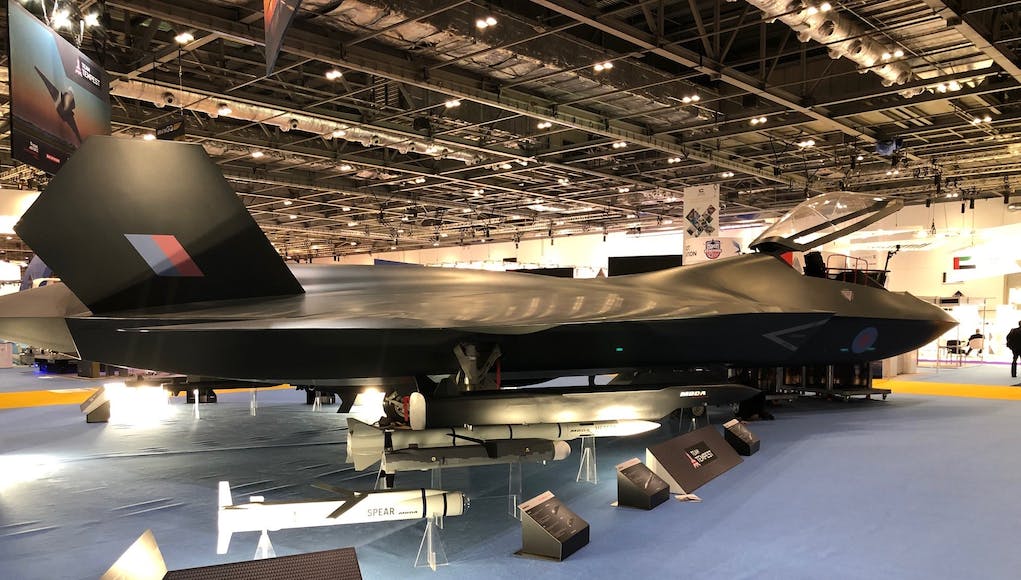 At DSEI 2019, MBDA gave some insight into some of its ongoing work as the coordinator of effects within Team Tempest.

The firm say that being a Team Tempest partner is helping ensure that innovative weapons systems complement the cutting-edge design and the novel technologies of the platform around them.

“This collaborative arrangement is already showing the potential to deliver capability enhancements across a range of missions that have led to the concepts on display at DSEI this year. In the domain of Survivability in Attack and Control of the Air, working closely with Leonardo and BAES has led to MBDA developing concepts for a Hard Kill Defensive Aid System (HK-DAS) capable of tracking, targeting and intercepting incoming missiles in high threat environments.

Leveraging commonality, modularity and reuse of the HK-DAS concept, MBDA are exploring a small form factor, scalable, Ground Attack Micromissile capability to enhance the Tempest system in the Close Air Support (CAS) role for Persistence in Attack. Drawing upon the prior weapons integration experience of both MBDA and BAES, innovative payload bay and launcher concepts facilitate an improved weapon load out, like the twin WVRAAM (Within Visual Range Air-to-Air Missile) concept, or increased weapon release envelopes and the flexibility to introduce enhanced weapons capability like the increased calibre WVRAAM concept.” 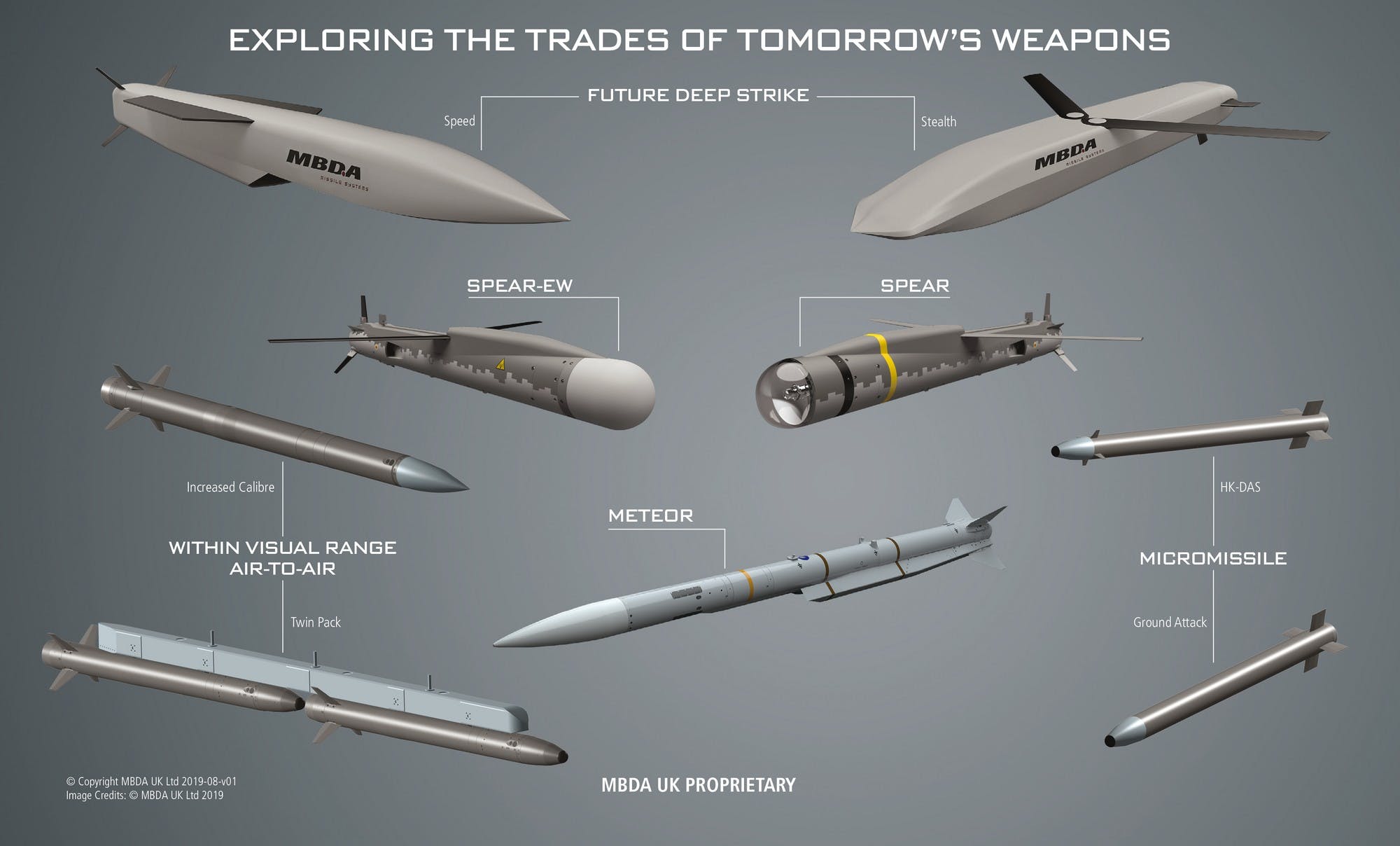 There is also work on Intelligence, Surveillance and Reconnaissance (ISR) with Leonardo and BAE where MBDA is working to exploit effectors such as a node on a sensor network, enhancing the situational awareness picture available to pilots.

Outside of concepts on display, MBDAs say its contribution to the PYRAMID Open Mission System is exploiting technologies developed in the Ground Based Air Defence (GBAD) command and control (C2) domain to enhance the operational effectiveness of Tempest in Air-to-Air engagements for Effectiveness in Control of the Air.

“The partnership approach provided by Team Tempest will deliver a step change improvement in the time, complexity and cost of weapons system integration campaigns. Being involved in the development of novel interfaces, bay designs and integration processes will also be a key enabler to the spiral development of complementing effectors in the future.

We are utilising our unique role in this collaboration to ensure that a future fighter is able to fully utilise existing weapons and planned weapons, whilst supporting a full range of system-design studies assessing the trade space between the future fighter platform and the weapons of the future.”

I have always thought a hard kill option for incoming missiles was a possible way to go… Hopefully technology is finally catching up!

I still believe an unmanned variant of this plane would be a wise move. Whether it comes before or after the manned version, is neither here or there, as long as an autonomous design is in the works? Drones and unmanned 6th Generation aircraft will be a necessity as autonomous systems out manoeuver piloted platforms, both in the speed of directional correction and confronting drone swarms, and where survival percentages are slim? I believe manned aircraft will become increasingly incapable of warfighting, in light of the fast-developing technologies in both anti-aircraft systems, radar, and multiple interception weapons and the sheer… Read more »

Will this allow for intelligent weapons selection and optimum release, directly from radar tracking, thereby removing the selection process from the pilots/operators role?

Impressive array of weapons, let’s hope the UK govt properly funds them and incorporates them into Typhoon / Tempest.

If the airframe is finalised, could we not start testing with equipment from Typhoon to gauge the performance?

MBDA really do well out of the UK – I don’t know but suspect we account for a significant proportion of their sales.

being on the ground floor of the tempest initiative can only be a good thing all round.

MBDA have not said anything about the Meteor upgrade. They are working with Japan (Mitsubishi) to incorporate a new radar.