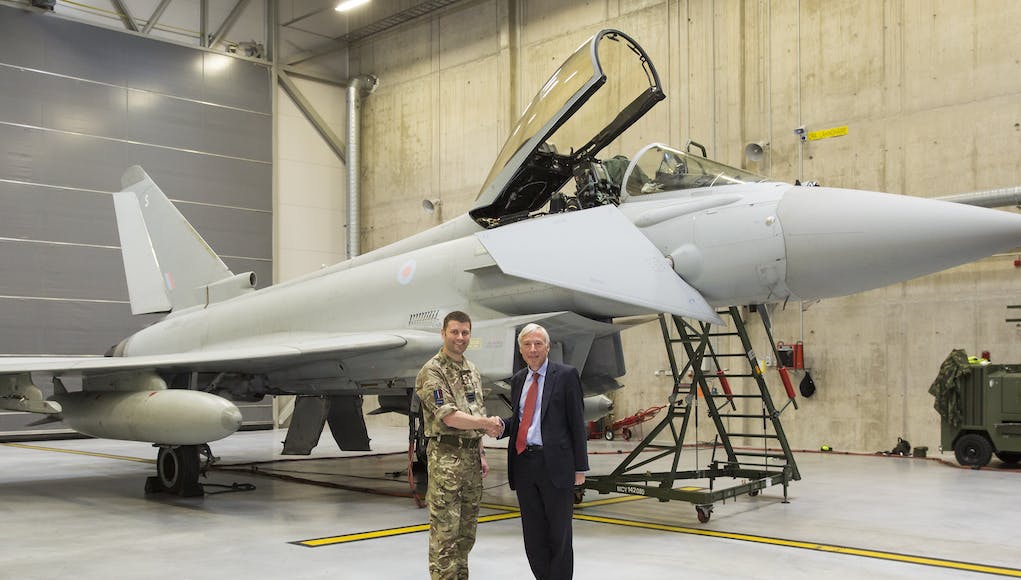 Four RAF Typhoons have been deployed to the Amari airbase in the country since April, responding to incursions by Russian aircraft over Estonia as well as Lithuania and Latvia.

The deployment of the Typhoons underlines the leading role Britain is playing in NATO through our pledge to spend 2 per cent of GDP on defence as well as our commitment to reassurance measures in Eastern Europe. At the NATO Summit in Warsaw in July it was announced that the UK will deploy 500 personnel to Estonia, and the UK has also committed a thousand troops a year until 2020 to NATO’s Response Force – rising to 3,000 when we lead the Very High Readiness Joint Task Force (VJTF) next year.

During his visit to Amari, which also took in the capital Tallinn, Earl Howe met the RAF crews who have flown nearly 20 scrambles to intercept 40 aircraft including fighters and maritime patrol aircraft.

Minister of State in the House of Lords Earl Howe said:

“Britain remains an outward facing nation and with defence spending on the rise our Armed Forces are making a difference RAF Typhoons have provided invaluable reassurance to our Baltic allies standing ready 24 hours a day, seven days a week, alert and ready to respond to aircraft flying near Baltic airspace.”

“With our detachment to Estonia almost complete all of the RAF personnel involved in this deployment can be hugely proud of the way they have assisted in maintaining the security of the Baltic States alongside our NATO allies.  In the remaining few weeks of the mission we will continue to focus on maintaining our own high standards and look forward to a successful handover to the German Air Force at the end of the month.”

The UK’s latest contribution to the air policing mission, alongside the Portuguese Air Force, is due to end in the next few weeks.

This is the third consecutive year the UK has committed to NATO Air Policing, after rotations in the Baltic in 2014 and 2015.

British warships are also contributing to NATO’s naval mission in the Baltic Sea and our troops are providing crucial training the Ukrainian Armed Forces.

Maybe the Estonian, Latvian and Lithuanian governments could get some Saab Gripens on easy terms and defend their own respective airspace.