Dutch-led international prosecutors investigating the downing of flight MH17 say the missile system that hit the plane was fired from territory controlled by Russian-backed rebels and supplied by Russia.

Malaysia Airlines Flight 17 (MH17) was a passenger flight from Amsterdam to Kuala Lumpur that was shot down on the 17th of July 2014, killing all 283 passengers and 15 crew on board.

Shortly after the crash, Igor Girkin, leader of the Donbass separatists, was reported to have posted on social media network VKontakte, taking credit for downing a Ukrainian AN-26. The separatists later recanted and denied involvement after learning that a civilian airliner had been downed, saying they did not have the equipment or training to hit a target at that altitude.

Russian media also reported that Alexander Borodai called one of the Moscow media managers 40 minutes after the crash, saying that “likely we shot down a civilian airline”.

“Based on the criminal investigation, we have concluded that flight MH17 was downed by a Buk missile of the series 9M83 that came from the territory of the Russian Federation.”

The Buk missile system is a family of self-propelled, medium-range surface-to-air missile systems developed by the Soviet Union and its successor state, the Russian Federation, and designed to fight cruise missiles, fixed- and rotary-wing aircraft and unmanned aerial vehicles.

The crash occurred during the Battle in Shakhtarsk Raion, part of the ongoing war in Donbass, in an area controlled by the Donbass People’s Militia.

In August, the Joint Investigation Team (JIT) revealed in a press conference the precise location of where the missile was launched. They found the 9M38 Buk missile was fired from a rebel controlled field near Pervomaiskiy, 6 kilometres south of Snizhne.

They also found the Buk missile system used was transported from Russia into Ukraine the same day of the crash, and then back into Russia after the crash.

In the investigation, the JIT interviewed 200 witnesses, collected half a million photos and videos and 150,000 intercepted phone calls.

SeaGuardian drone flies from UK to the Netherlands 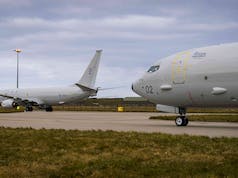 We all knew this on day 1 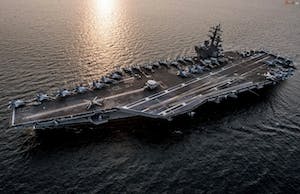 SeaGuardian drone flies from UK to the Netherlands