The Ministry of Defence has awarded a £913K contract to Renishaw for a high-end ‘Aerospace Grade Metallic’ 3D printer.

The five-year contract was announced via a contract notice published today.

Renishaw is a FTSE 250 company with headquarters in the UK, on their website they say:

“We are also a world leader in the field of additive manufacturing (also referred to as metal 3D printing), where we design and produce industrial machines which ‘print’ parts from metal powder. From transport to agriculture, electronics to healthcare, our breakthrough technology transforms product performance.”

A few years back, a team of U.S. Marines 3D printed a part for the F-35 stealth fighter saving $70,000 in costs for a whole new landing gear door. The component was a small part mounted on the door pressing it into the latch.

In the UK, it was reported quite a number of years ago now that a Tornado fitted with metal components created on a 3D printer undertook a successful test flight.

“You are suddenly not fixed in terms of where you have to manufacture these things, you can manufacture the products and whatever base you want, providing you can get a machine there, which means you can also start to support other platforms such as ships and aircraft carriers. And if it’s feasible to get machines out on the front line, it also gives improved capability where we wouldn’t traditionally have any manufacturing support”, said Mike Murray, Head of Airframe Integration at BAE Systems, announcing the successful test flight at Warton, northwest England back in 2014.

At the time, BAE said some of the parts produced at a Royal Air Force base in eastern England, cost less than £100 to manufacture and had the potential to save hundreds of thousands of pounds every year. 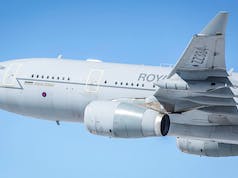 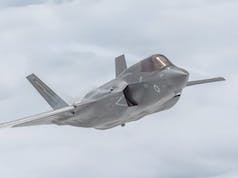 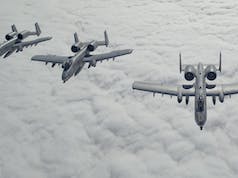 Unbelievable technology really, I can understand printing plastic, but metal! almost akin to the replicator in the USS Enterprise…it will come!
What a godsend to have one of these things in a ship. Space station has one.
AA

The biggest issue with the tech at the moment is getting draftsman used to drawing a whole system not its individual parts (I know that sound simple for some reason not) and guaranteeing release of moving mechanisms.

Why should that be the biggest difficulty? Unless you are intending to print intertwined parts in one print, its essentially exactly the same as normal manufacture, except you don’t have to think about cnc tool paths, castability, but instead printability.

I can only go with what I’m experiencing in my Day to day, the problem our machine op hits regularly is drawings causing a mechanism to print locked up it’s normally micron level joint, it’s people getting used to the more technology available to them. Intertwined is exactly what we do on emergency exit panels, by printing the entire locking and push away mechanism in 1 print we remove all fixings which in turn removes the chance of them coming loose and it not operating, the only parts our machine op adds is 1 bearing mid way through and then… Read more »

Interesting, thanks for clarifying. Are those movable joints a bit rough? I know metal lpbf doesn’t have the best surface finish on the exterior.

Just for the info, Here is a story from 7 years ago

Yea and the machine is probably crap. It is very difficult to produce a machine that produces good material properties.

Its great technology but still has some way to go, the issue is its lays the material down in layers which create an inherent weakness in the structure, There’s processes like laser sintering that creates a stronger structure but it will not surpass older techniques like forging. But its does give more design flexibility so you can add material to a component or create voids in the component wasn’t possible with traditional techniques. There’s been studies combining technologies so the part is 3d printed then is forged to align grain boundaries and create strength.

Sintering isn’t stronger than fusion. The machines they’ve bought and lpbf f being fusion. I don’t know what you mean by forging the alm parts, it will ruin the shape you’ve printed.

The concept is you print a part much like a cast part. But unlike casting 3d printing can reduce weight as internally you can print webs and gussets instead of a solid part. You then Forge the part which adds strength. If required you machine any holes and faces. The idea is this gives a stronger and lighter part than using these techniques in isolation.

In my experience its very difficult to get the powder out of those webs and gussets. Are you sure you don’t mean heat treat, or hot isostatic press, instead of forge?
Forging is where you heat the part up, and hit is with a hanmer to flaten the metal. Its usually done several times on the stock metal, which is then subsequently machined. If you 3d print then forge, you hammer the complex shape you’ve just printed.

I read a few articles a couple of years back. Here’s one article but you can read more on the topic.

Like I said these were studies to blend manufacturing techniques. The purpose of forging is grain alignment which adds strength. Seems logical to investigate hiw 3d printing and forging can be combined.

“We are also a world leader in the field of additive manufacturing (also referred to as metal 3D printing), where we design and produce industrial machines which ‘print’ parts from metal powder. From transport to agriculture, electronics to healthcare, our breakthrough technology transforms product performance.”

So, sold to a foreign ‘company’ quite soon then?

yep such are the beauties of the ‘free market’ touted by Torys as a nirvana.

It is also called Freedom, a concept that you have problems with.

Yeah, complete freedom to fleece the country for all it’s worth…

Bae wouldn’t be the giant is is today without acquiring companies.

Renishaw are privately owned. They have recently decided to keep it that way. No idea where you are getting your information from.

The Financial Times. (Weetabix was privately family owned when it was sold to the Chinese!) Private owners can be bought out and are, regularly. Many U.K. innovative high technology design companies are quite small; these have been gobbled up by U.S. companies in recent years.

So if you had the means would you buy a UK company, I wouldn’t. Look at opposition manifesto last election,wanting to take 25% of UK companies. UK is not business friendly and is even hostile to entrepreneurs. Calls for the government to take control of companies does nothing to inspire ownership of a UK company. Not surprised to see owners sell up.

Is it FFBNW? I don’t understand how this stuff works but how amazing.

“Britain has purchased the high end 3D printer. However, in the time old tradition of the MOD. The printer is fitted for the cartridge, but not yet issued with it.’

No cartridges, you just fill it with metal powder . 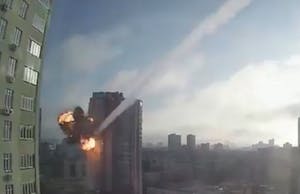 May 30, 2022
The panel discuss the possibility of a Turkish invasion of northern Syria and look at Russian advances and fall-backs in Ukraine.