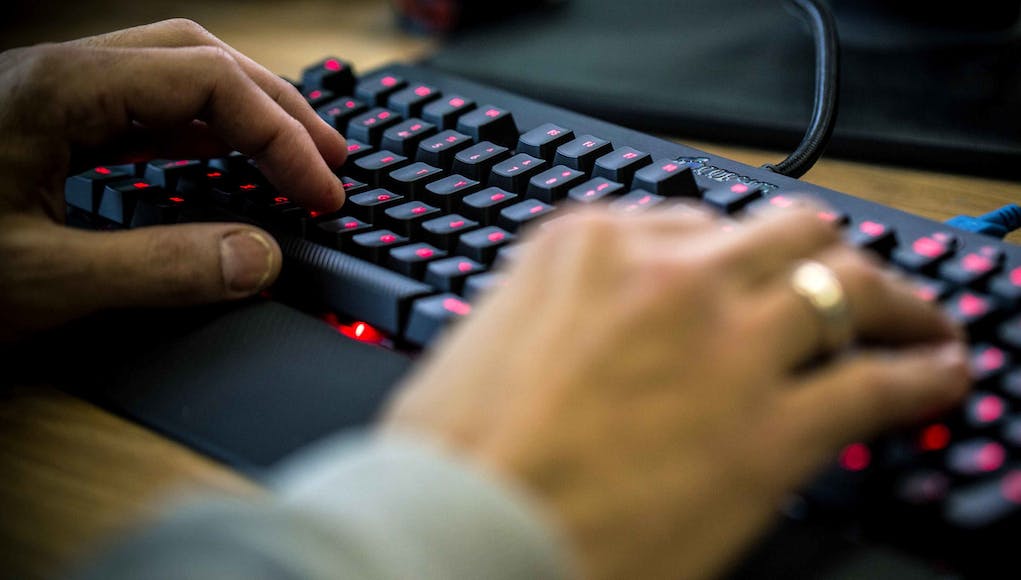 Stewart McDonald MP has launched a video contest to encourage people between 16-30 to think about how disinformation impacts their lives as well as to explore ways to counter the threat to all of us that it creates.

Stewart McDonald, the SNP’s defence spokesperson at Westminster and member of the Foreign Affairs Select Committee, frequently leads efforts to tackle disinformation. This effort has been previously described by McDonald as one not related to any specific political party policy but an effort that seeks to build a “much-needed consensus to help us move forward”.

🚨📣Today I'm launching a disinformation video contest with the chance to win £100. If you're aged between 16-30 and have ideas on how to defeat disinformation, be sure to enter. The entrant with the best ideas wins £100 and their video will be published. Full details below 👇🏻 pic.twitter.com/gjEpthR9gw

“Young people are so often the target of disinformation and fake news, but they’re also often the most resilient against it. Any strategy to counter-disinformation must involve young people. I hope this project encourages people to get involved in the discussion and demand action.”

The entrant with the best idea will win £100 and their video will be published online. Entries must be submitted to stewart.mcdo[email protected] or via WeTransfer at stewartmcdonaldmp.wetransfer.com by the 31st of January 2022.

Disinformation – A major problem faced by all

In case anyone is wondering, disinformation is false information deliberately and often covertly spread (as by the planting of rumours or myths) in order to influence public opinion or obscure the truth.

Over the years, Stewart McDonald has been a serious contender in the fight against disinformation, something that impacts everyone on this island regardless of their political beliefs.

Last year, McDonald published a paper setting out his assessment of disinformation activity in Scotland as well as practical solutions to fight back.

In the document by McDonald entitled ‘Disinformation in Scottish Public Life’ is an assessment of disinformation activity in Scotland over recent years, including with regards to the COVID-19 pandemic and political campaigns, is presented.

“Disinformation campaigns allow hostile foreign states to discreetly target and influence  citizens while remaining below the threshold of war, fomenting distrust and polluting the  information ecosystem. Russia, China and Iran have all been credibly accused of attempting  to distort the information ecosystem in Scottish public life, using a range of platforms and media to manipulate public opinion. These campaigns do not themselves create distrust or division, but instead exploit existing rifts in societies and capitalise on pre-existing feelings and beliefs.”

“Disinformation campaigns are always evolving to become more sophisticated and better resourced, and so too must our own counter-disinformation strategy. I hope this report encourages some deep and cross-party thinking on the issue, and encourages politicians and civil society groups to work together and help Scotland build robust information resilience that is fit for the modern age.”

The author then goes on to outline the variety of tactics used by three hostile states, the following excerpt discusses Russia.

“The Russian government has made extensive use of its state-backed media platforms in  Scotland, platforming George Galloway and Alex Salmond on RT and Sputnik. These  platforms exist to promote the Kremlin’s line on issues of key concern to the Russian state:  after the Skripal poisoning, RT was fined £200,000 for repeatedly breaching impartiality rules. A 2018 report from Kings College London on Russian-state backed media in the UK found that RT and Sputnik pushed a variety of narratives around the Skripal poisoning, including the idea that that the Novichok found at the scene was produced by the United Kingdom and that the poising was a hoax orchestrated the by UK intelligence services.

While the threat from  these platforms should not be underestimated, the relative failure of Russian disinformation to  take root in Scotland had been demonstrated by the closing of the Sputnik office in Edinburgh  in April 2021, citing a ‘hostile environment’. Nonetheless, RT and Sputnik continue to  maintain offices across the UK, producing English-speaking content for a Scottish audience.”

There are a number of well thought out solutions to the issues outlined by McDonald, you can read them yourself by clicking here.

Dis or Dat information which ever do we choose ?

Disinformation is usually very easy to spot and highlight as such destroying all credibility of those who produce it. My main issue is when fake news accusations are simply thrown at opposing viewpoints just to cast doubt on their credibility and silence debate rather than call them out for lying.
Confusing anti vax and anti vax mandate protests is a big issue. But one the mainstream media are happy to group together. They have interest in protecting individual liberties at all anymore.

Maybe they can help MAGA people , they are very vulnerable to misinfo lol.

They’ve already fallen into that cult rabbit hole, no hope for them.

They are a bloody security risk that’s for sure.

The lack of self-awareness on both sides is funny to watch. As we all know, the side you vote for can never do anything wrong. lol

True the defund the police people are pretty bad but when you have MAGA peeps storming congress and one MAGA nut trying to offer FSB a senators laptop she stole you would think that would be a major reality check.

I find it funny that Antifa, BLM, MAGA etc supporters call for a revolution, but when one of the sides actually does something, the opposite side will jump up and down pointing. Self-awareness is a handy tool. Police stations have been set on fire during riots and nobody brings that up. That’s why I hate cult of personalities and celebrities that is around.

Targetting 16-30 year olds, because anyone older than that already votes/is a lost cause/makes a worse photo-op?
Seriously, applause for the attempt. I particularly liked this recommendation:

“The UK and Scottish Governments should introduce targeted literacy programmes for parliamentarians, civil servants and journalists”.

Maybe he doesn’t think old fogies are a lost cause after all.

This subject isn’t going to fall into name-calling at all.

I find this a very interesting subject and one that a lot of nations have taken up in which to excuse their nefarious ways for example: Russia uses it to excuse its machinations in the Ukraine, Syria, Baltics against NATO, EU and its own human rights China does so in Hong Kong, South China sea, India, Its own Muslim population, Its bullying of Taiwan, and of course COVID 19 Venezuela does in which to keep its tinpot dictator in power Iran for virtually everything it does (such as murdering over 6000 protesters in 2020) The EU regards the Uk, Poland,… Read more »