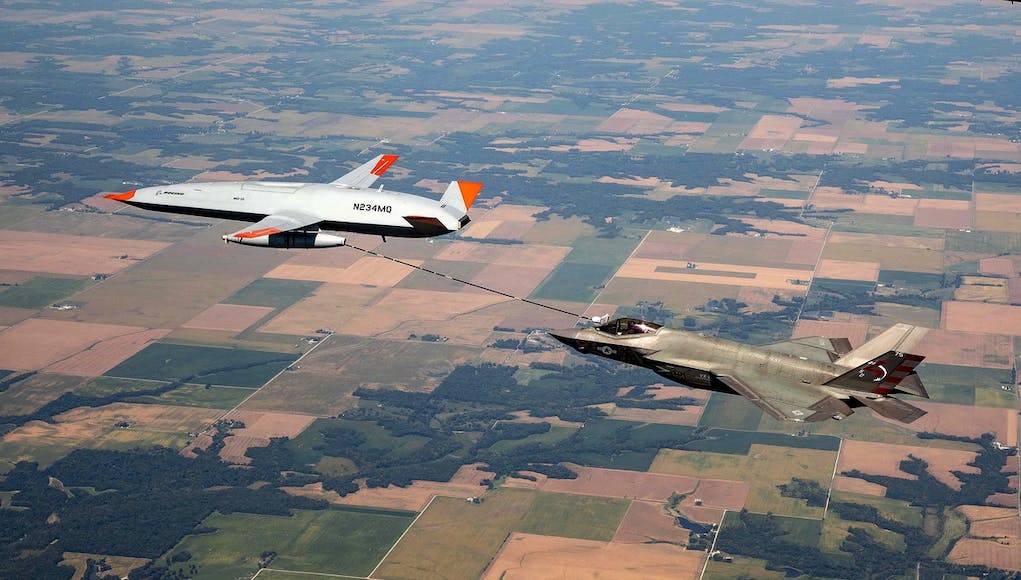 The U.S. Navy’s Unmanned Carrier Aviation (PMA-268) programme completed its first aerial refuelin of an F-35C Lightning II aircraft by the Boeing-owned MQ-25 test asset, known as T1, as part of the U.S. Navy’s broader initiative to field unmanned systems that “transform and enhance the fleet’s capability, capacity and lethality”.

“From the ground control station, an air vehicle operator then initiated the fuel transfer from T1’s aerial refueling store to the F-35C. Once operational, MQ-25 will refuel every receiver-capable carrier-based aircraft. Each unique aircraft platform will have a different aerodynamic interaction in the wake of MQ-25. Conducting refueling test missions with various aircraft allows the program to analyze data and determine if any adjustments to guidance and control are required.

“The MQ-25 will be the first operational carrier-based unmanned aircraft and will provide critical aerial refueling and intelligence, surveillance and reconnaissance capabilities to support the Air Wing of the Future – a mix of fourth and fifth-generation aircraft, manned and unmanned platforms, and netted sensors and weapons.”

Earlier this summer, the programme completed unmanned refueling missions with an F/A-18 Super Hornet and E-2D Advanced Hawkeye. Each aircraft platform is aerodynamically unique so how they respond in the wake of a tanker is different. 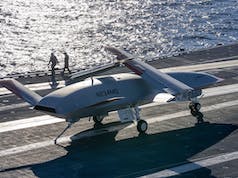 Is the MQ25 autonomous or ground controlled like Predator? I know the text states that the Operator initiates re-fueling.

it’s designed to be in touch with a ground operator but is capable of more so as experience increases it’s mode of operation could change. This is worth a read for more background https://www.defensenews.com/digital-show-dailies/navy-league/2021/08/04/boeing-conducts-first-manned-unmanned-teaming-event-with-mq-25-tanker/

Is the MQ-25 within the limits on weight etc that the RN specified for the drone-only cat & trap demonstrator project for the QE Class?…

Drone refuelling of air craft at sea is now going from a good idea to reality quite fast. So the range limitations of the F35B are now, hopefully, disappearing in the rear view mirror.

It will make a huge different to engine lifespan and payload if the F35B can take off light and refuel in the air to get its mission range.

We knew this stuff was coming but its still good news. Wonder how long before the RN get them or something similar.